Roasted Ginger Sesame Green Beans aren’t going to win any beauty contests. Let’s just get that out of the way right now. Roasted Ginger Sesame Green Beans have the dual advantage of residing firmly in the “WOW! I can’t believe how easy this is” and in the “Oh my word. I can’t stop eating these” categories, and if we’re all being perfectly honest with ourselves, that’s all that really matters, right? 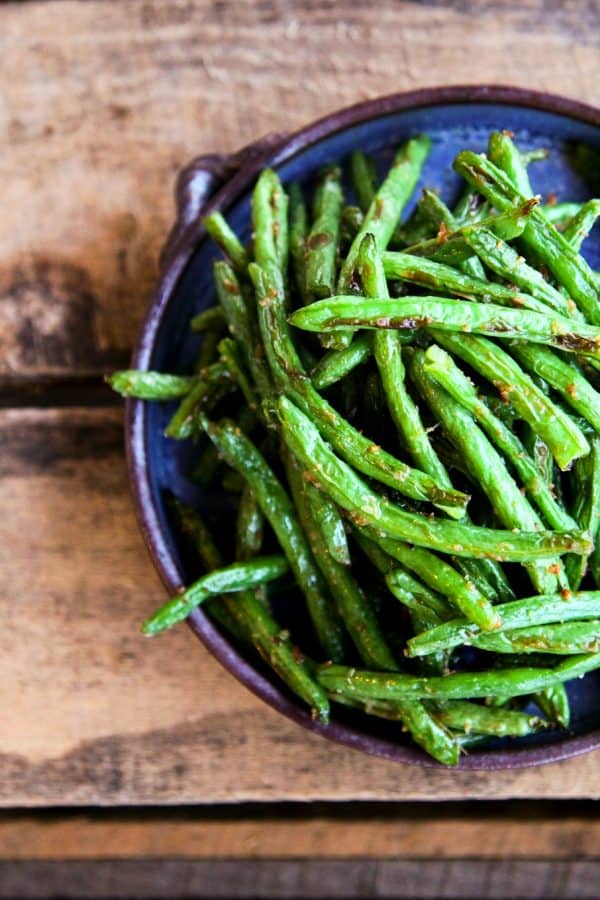 Oh sure, they’re pretty good for you, too, all things considered, being a powerhouse of protein, thiamin, niacin, Vitamins B2 and B6, beta carotene (REALLY! All that beta carotene is visually disguised by the next doozie), chlorophyll, magnesium, dietary silicon, and calcium, just to name a few. Don’t let all that nutritional speak let you lose sight of the fact that Roasted Ginger Sesame Green Beans are ultimately one of the easiest and tastiest side dishes for a variety of entrées. It’s an obvious match for anything with Asian flavours (this cod, this salmon, this pork,  this ground pork dish, this pork roast, this pot roast, and this turkey just to name a few.) But it’s just plain awesome with any fish (this fish, this fish, or this fish) or chicken or beef you are serving.

The truth is, that when a pan of Roasted Ginger Sesame Green Beans comes out of the oven, I have a seriously hard time keeping my fingers off of the pan. It’s a little easier when the pan is blazing hot, because Roasted Ginger Sesame Green Beans are blistered in an oven nearly as hot as you can get it for a very short amount of time. It doesn’t seem to matter though, because the aroma is so overwhelmingly enticing to me that I gladly sacrifice a couple tender finger tips to snatch them from the pan and scarf them. I tell myself it’ll be one or two, and I leave the room to enforce discipline, but before I know it, I’m back in front of the now-cooling pan conveying one garlicky, gingery, crisp tender green bean after another into my mouth like I’m a mommy bird feeding a baby. I HAVE NO CONTROL AROUND THESE. It’s all good though, because of that multitude of vitamins, minerals, and dietary glitter I listed in the paragraph above. I’m almost certain that no one would waggle a judgmental finger in my face over my consumption of an entire pound of green beans.

Well, maybe my husband would, but that’s just because at that point I will have eaten his serving, too! 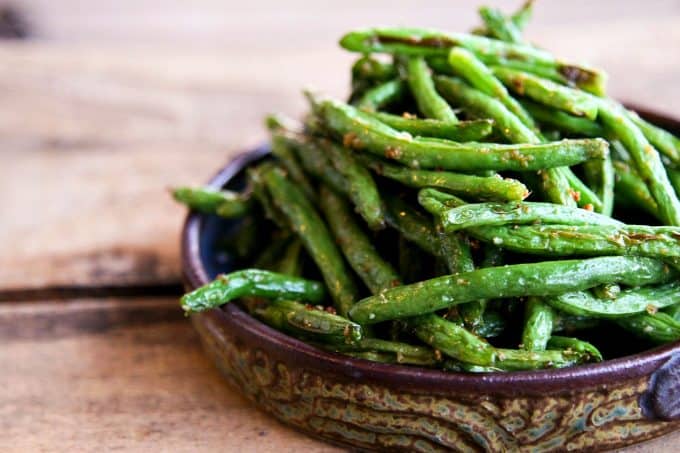 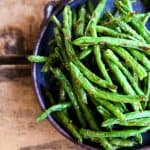