On the first Carnival Cruise I took (The Carnival Sunshine), I glommed onto one of the brunch offerings like it was my life’s blood; Jerk Bacon Caesar Salad. That was *my* brunch item. There was something so utterly perfect about the spicy, crispy, savoury bacon combined with the classic punch of Caesar salad. I had that every time I had brunch. When I took my winter-break cruise with Carnival, this time on the Breeze, my first order of business on our first sea-day was to confirm that they offered my beloved Jerk Bacon Caesar Salad and the second order of business was to ask for a double portion. I polished off my salad, vowed to order it every brunch day, and talked to my friend about the many options where Jerk Bacon would be at home; sandwiches, other salads, soups, on baked potatoes, etc… Then, and only then, did it occur to me that I could -in all probability- make my own Jerk Bacon at home. 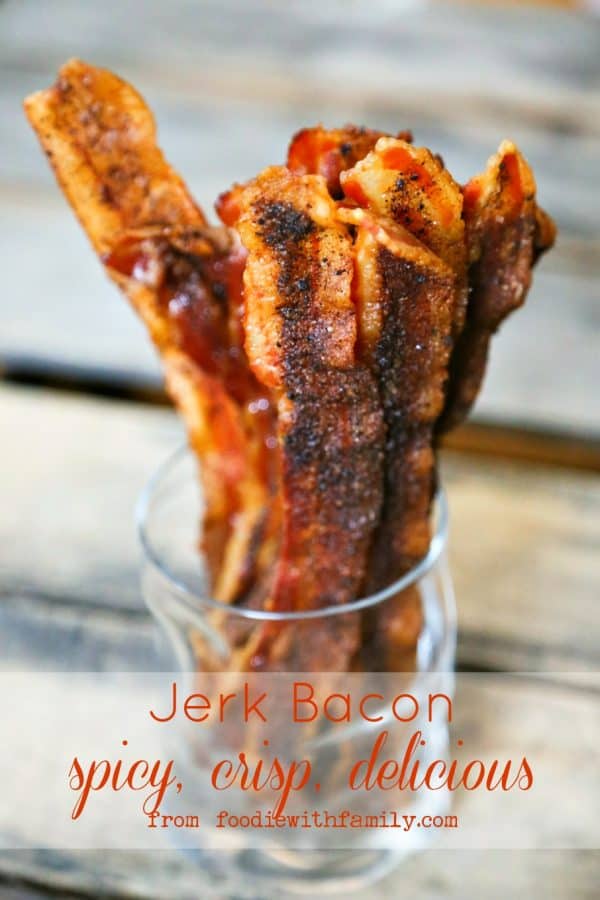 I grabbed a bulk bag of jerk seasoning at a Jamaican grocery store when we had our port stop in Ocho Rios, and that’s what I used at first, but I also had some locally procured bulk jerk seasoning that I played with, and I’m happy to report that they were equally good. Thank HEAVENS for globalization of spice blends. I mean, this is a break into “It’s a Small World” moment, because if we’re being honest, not many of us can afford to hop a boat, however nice, to Jamaica every time we get a hankering for Jerk Bacon. A situation which -I assure you- will occur frequently after you taste it.

Jerk Bacon is almost embarrassingly easy to make, really… sprinkle as much jerk seasoning over bacon before baking it (my preferred method for cooking ALL bacon these days) and pop it in the oven. When it’s chewy, crispy, or however you prefer YOUR bacon, it’s done. And so are you, man, because Jerk Bacon is Jamaican me crazy.

Oh my gosh. So lame. I know, but I absolutely couldn’t resist getting at least ONE stupid Jamaica pun in there. Please forgive me. I know you’ll forgive me after you try the Jerk Bacon. It’s good like that. 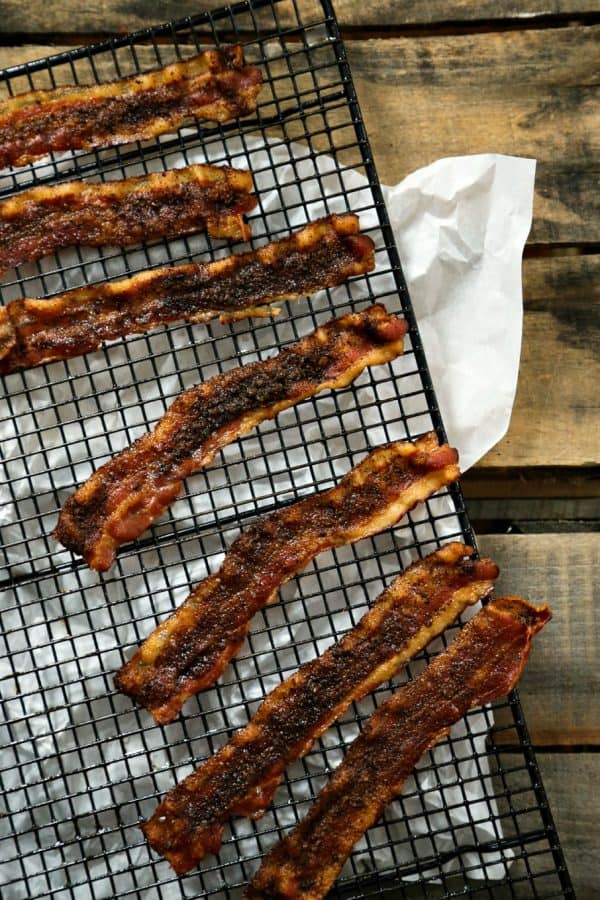 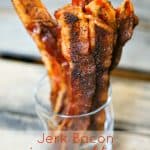