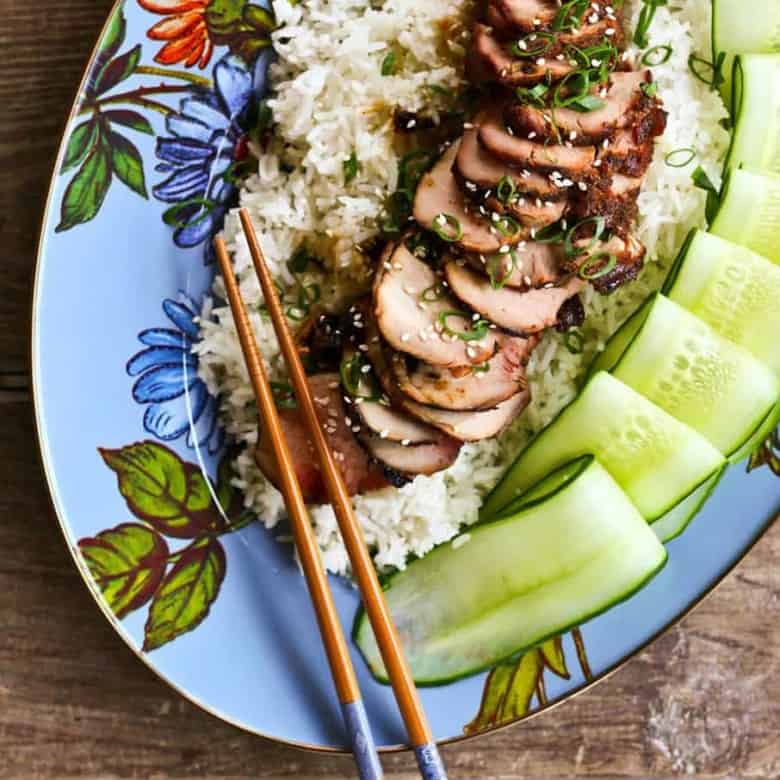 Are you familiar with Chinese Barbecue Pork {Char Siu}; that flavourful, luscious, sticky-sweet, bright-red pork served in House Special Soup, fried rice, and on skewers at Chinese restaurants? I have a serious fixation on the stuff. I can’t get enough of it. The problem with satisfying my need for it is twofold:

With these issues in mind, I started making my own Chinese Barbecue Pork {Char Siu} a while back and I think it tastes vastly superior to what I can get at many restaurants. I use red beet powder

because that not only adds a little sweetness, but adds a little red to the party without using food dye. Hey- I like pretty foods as much as the next gal,I just don’t like artificial food colouring! Does anyone else feel like diving face first into that plate? 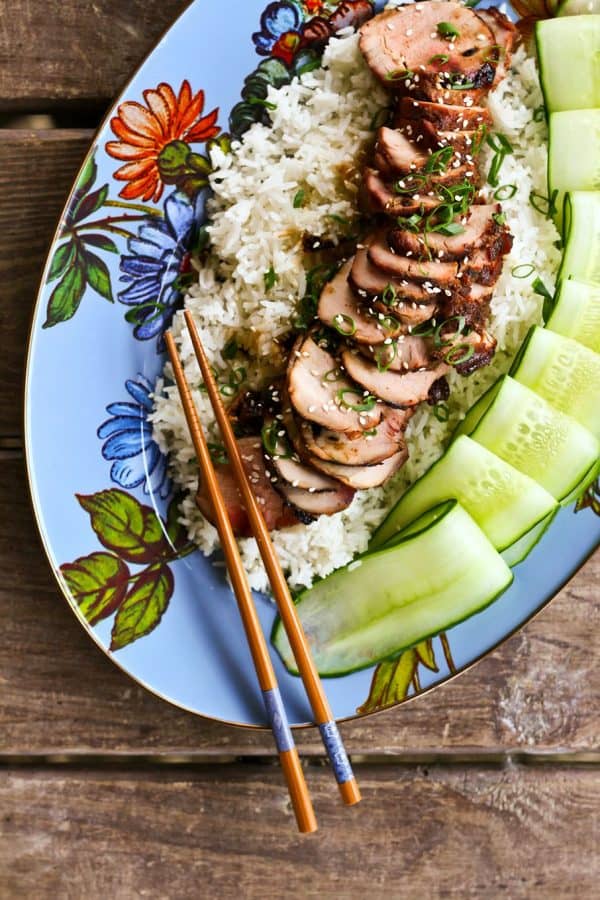 I had a very pregnant friend visiting when I was plating this Chinese Barbecue Pork {Char Siu}. She happily helped me dispatch of the evidence after I snapped a couple shots. Her daughter -who normally doesn’t love meat dishes- assisted in the effort, too. It didn’t take us much time to make that dish look as clean as it did before I threw a pile of food on it. 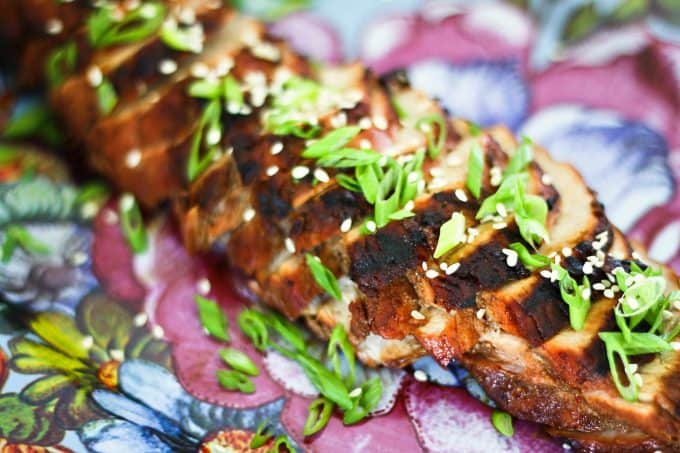 Are you wondering what in the world you’d do with four whole tenderloins cooked into Chinese Barbecued Pork {Char Siu}? Aside from slicing them and serving over rice as pictured and serving to your pregnant friends, you can dice them and toss it into fried rice or onto salad, slice thinly and add to your own House Special Soup or put on split rolls with a slaw for Chinese Barbecue Pork Sliders… I’m sure there are other options I haven’t thought of yet. How would you serve these? 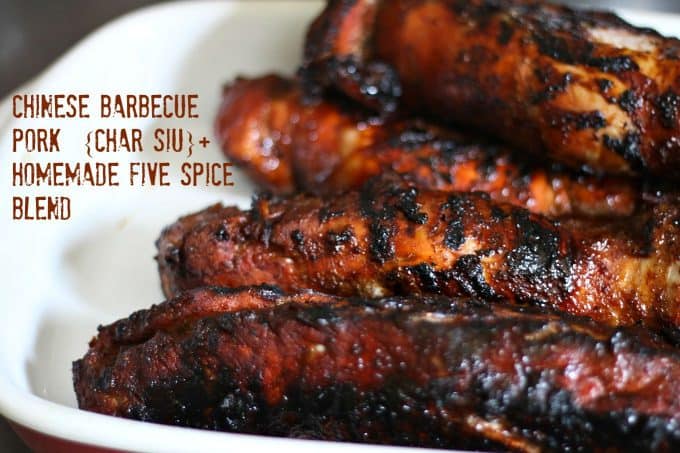 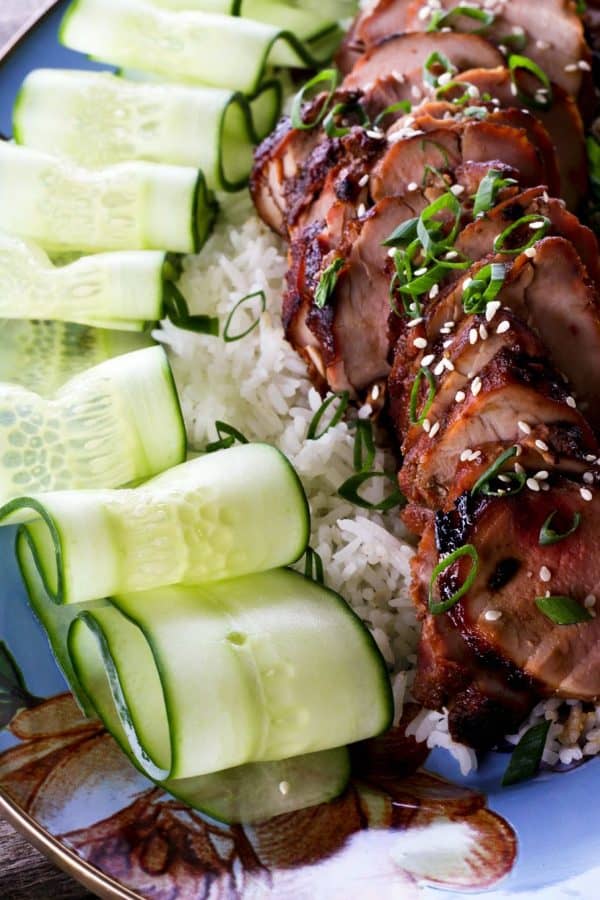 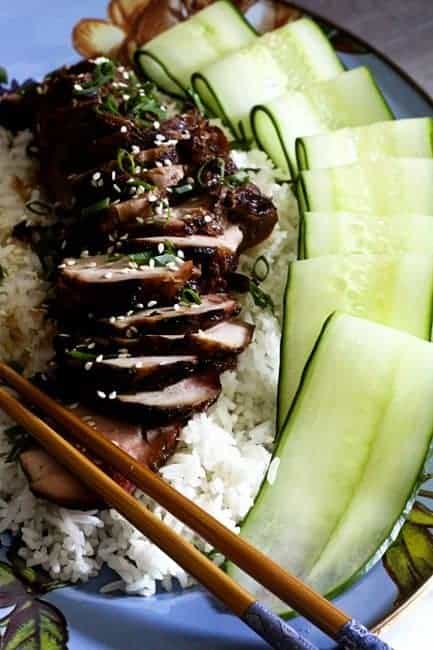 For the Chinese Barbecue Pork:

To Make the Homemade Five Spice:

To Freezer for Later Meals:

Here is a list of marginally difficult to find ingredients available for purchase on Amazon.com: