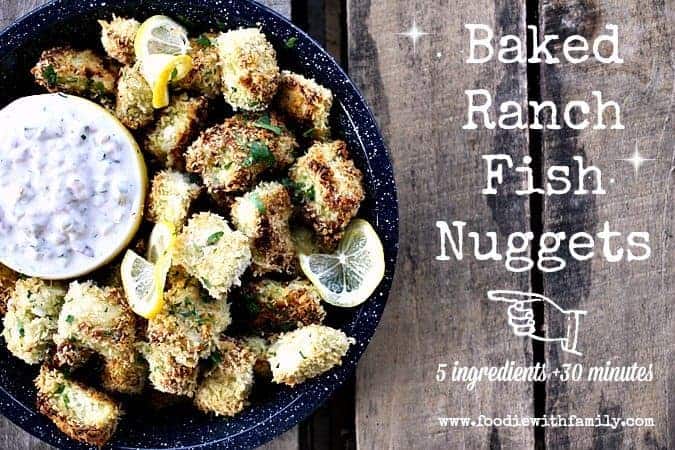 I caught my eight year old son in a compliant mood the other day. He was being so sweet and considerate that it gave me a great idea. I asked him to repeat something specific he had just said so I could record it with my iPhone so I could play it back again and again and again. I coached him before beginning to use the same inflection that he had used the first time he said it. I wanted to get that enthusiasm and sincerity on tape, people, and I didn’t care if I had to teach my son how to act to do it.

What did he say that was important enough to preserve for posterity? “You are SO right, mom!”

It’s true. He said it. And while I may not have the original utterance, and the one I have lacks a touch of the vocal lustre of the first one, I still have it recorded. In the coming days, whenever he got a little argumentative, I’d solve the problem, remove myself to the other room and listen to my recording…

It’s the little things as a parent, isn’t it?

This same little man professes to be “not so fond” of fish unless it comes breaded and from a box in the freezer. His words, folks. I’ll record those some day, too. You haven’t heard pompous until you’ve heard an eight year old try to get out of eating dinner by stating, “I’m not so fond of that. I’d prefer a peanut butter sandwich. No jelly or other chunky fruit.” followed by a hasty, “Please?” when he sees me warming up the laser beams behind my eyes.

Here’s the thing. I’m not going to FORCE my child to eat something he legitimately dislikes, but -can I get an amen here- there are a GREAT MANY things he doesn’t ACTUALLY dislike but has decided to dislike for that particular moment because, well, he can. He’s tryin’ it on for size, if you will. Since I know he isn’t averse to the texture or flavour of fish, I regularly cook fish in  -bum bum BUUUUUUM- ways other than frozen and crusted and serve it for dinner. Any time he sees me breaking out the fish filets, he sets his face in a determined scowl. I wanted to prove this the little man that something that started as a recognizable piece of fish could end up something he liked.

I knew my eldest four would be a slam dunk for anything fish related, they love nothing better than grilling and eating a fish they’ve caught themselves. It was the hold-out I wanted to play to in this case. I decided to make fish nuggets from scratch. I thawed a pound and a half of barramundi (but any firm-fleshed, mild white fish will do) and looked at the youngest. “I’m not FOND of fish…” he said. “Just wait,” I said.

I stirred together mayonnaise, an egg, and some dry buttermilk ranch dressing mix, poured some panko crumbs into a pie plate, cut the fish into ‘nugget’ sized shapes, then proceeded to dunk and bread each of them. The whole process took about ten minutes. Into the oven they went for fifteen minutes. Out of the oven came perfectly golden brown, crunchy, moist, Ranch flavoured fish nuggets. I served our dinner and Mr. Skeptical sniffed his plate, shrugged his shoulders, and took a bite. A look came over his face… He turned to me and said…

I didn’t record it that time. 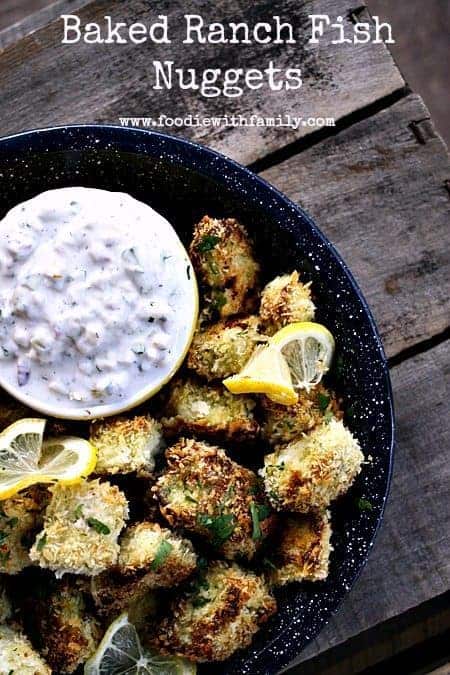 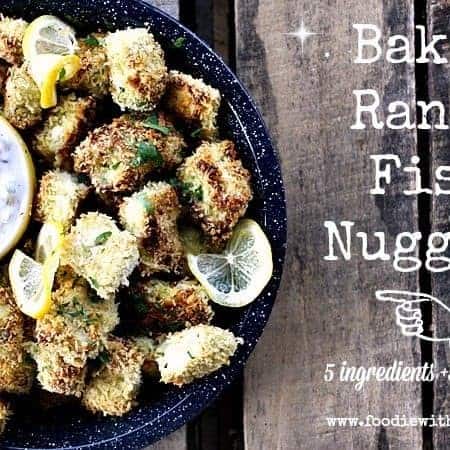