Tex-Mex Cobb Salad is nothing less than a miracle worker around here. My entire family (not 1, not 2, not 3, but all 7 of us) came down with the One Flu to Rule Them All a little time ago. In that time, we spent hours on the couch not eating, not thinking food, not exerting ourselves, and in short, being the total opposite of the food-centric, boisterous, seriously active family that we usually are. 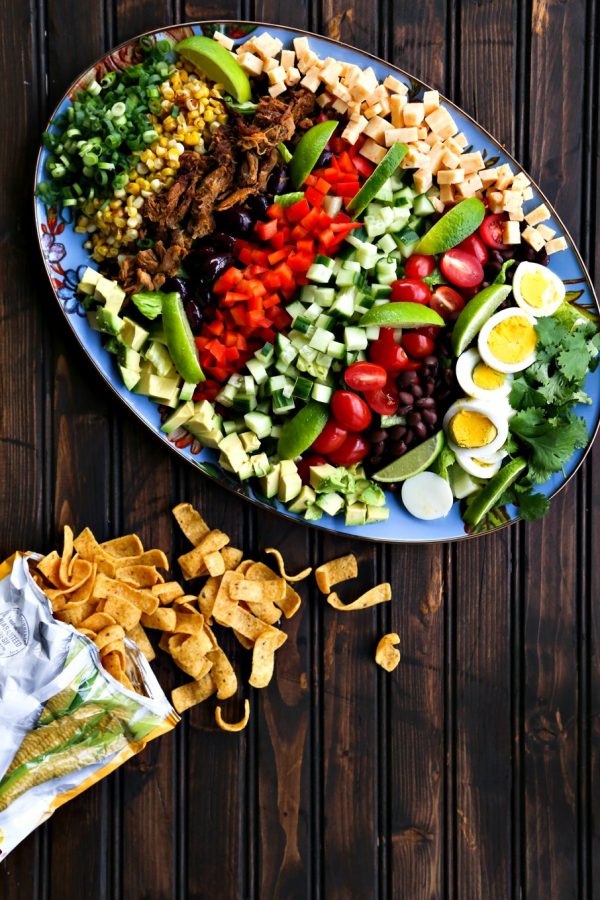 After 14 days of feeling like I’d never want to look at or eat food again, I finally got my kitchen mojo back when I used up vegetables that had been hanging out patiently in the refrigerator just waiting for us to feel like we could venture past our two-weeks-long foray into a mild soup based diet and created this serious Tex-Mex Cobb Salad.

We are talking about a bed of romaine lettuce absolutely bursting forth with diced cucumbers, tomatoes, red bell peppers, black beans, roasted corn, carnitas, green onions, hard boiled eggs, cilantro, olives, limes, avocados, and hot pepper cheese. To say we were ready for this is the understatement of the century. We lit into this salad like it was manna from on high.

And I could be wrong, but I’m relatively sure that the accompanying Fritos-as-croutons really sealed the deal on our recovery. Shhh. I’m still weak. Don’t argue with me. 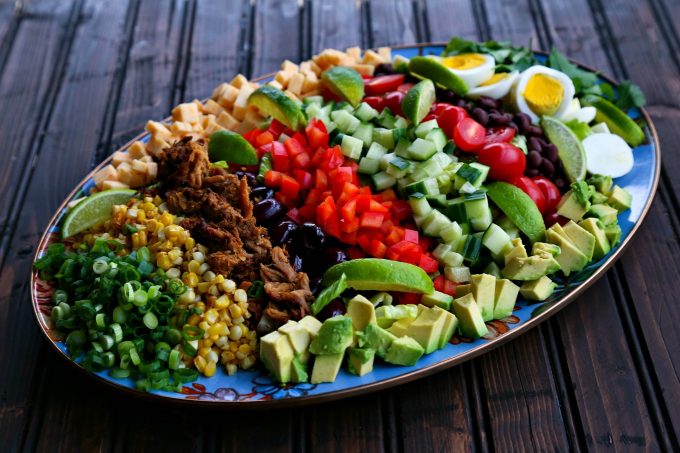 Use these to make a Tex-Mex Cobb Salad:

Love this Tex-Mex Cobb Salad? Try these other Tex-Mex recipes! 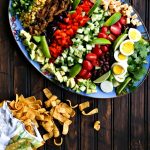