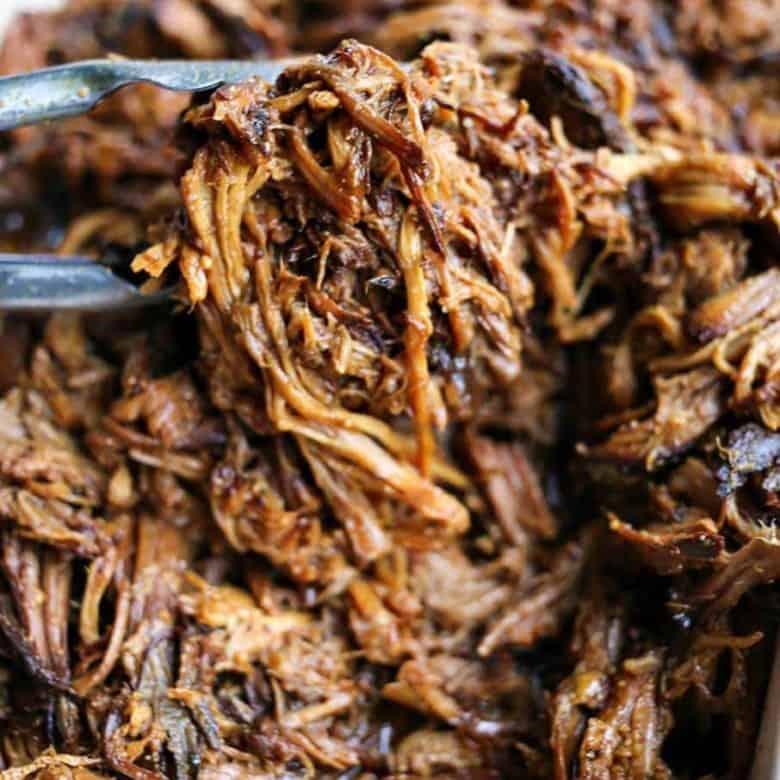 Apple Cider Pulled Pork gives major flavour pay off for minimal hands-on time. It uses Boiled Cider, which is available on Amazon, but you can just as easily make your own boiled cider using this recipe.

Year after year I am gobsmacked by the beauty of fall. But oh, it always goes far too fast and I find myself in the middle of winter dreaming of Autumn.

It isn’t just the vivid hues of the leaves or the stacks of squash and pumpkins at roadside stands, although those certainly don’t detract from the view.

It’s all of that against a gunmetal grey sky and the full-body experience of chilly winds swirling fallen leaves around your ankles. It is cold fingers warming up against a hot mug of slow-cooker mulled cider or homemade pumpkin spice chai latte. It is a blanket on your lap and a book in your hands while the rain splatters the windows.

It’s the intoxicating aroma of Apple Cider Pulled Pork in the slow cooker winding its way to wherever you’re sitting in the house. It greets you like a hug from your mother when you come home and open the door. 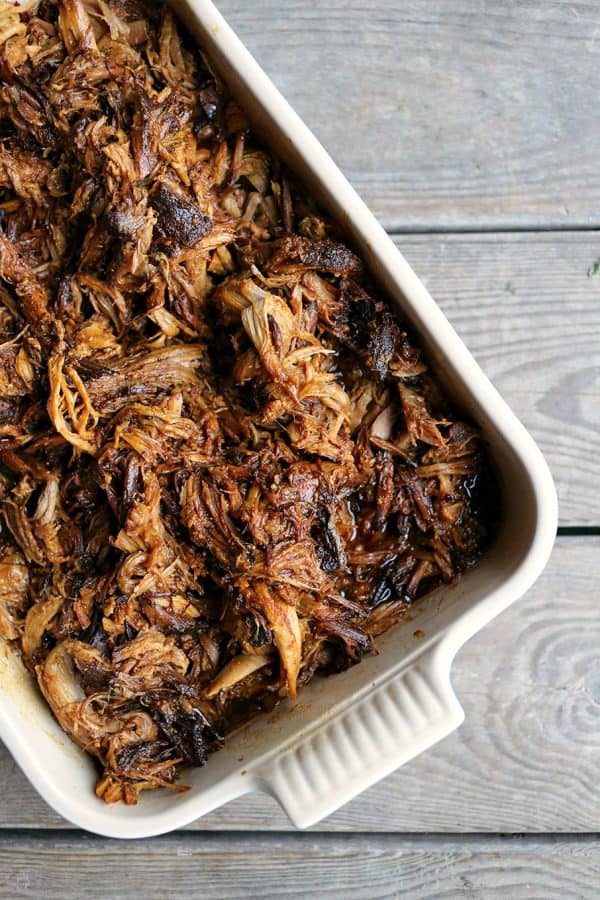 While many pulled pork recipes use apple cider vinegar, I prefer the slightly sweet, rounder flavour of the boiled cider. It makes for a more comforting, versatile pulled pork that is equally at home on a perfect soft pretzel roll, in a soup, casserole, on a salad, mashed potatoes, polenta, roasted Brussels sprouts, or with bacon fried apples and onions.

Apple Cider Pulled Pork -like most of the best things in life- is simple. One bone-in pork shoulder roast, one cup of apple cider syrup (or mulled cider syrup from Not Your Mama’s Canning Book), a couple onions, and a bit of salt go into the slow-cooker.

All of the apple flavour for your apple cider pulled pork is from Boiled Cider, as I’ve mentioned.

Twelve hours later, you have pork that is so tender it is literally falling away from the bone and almost shreds itself. The pan juices are strained into a saucepan where they’re reduced by about 2/3 then enhanced with a little Dijon mustard (homemade or purchased) and honey.

Pour that good stuff all over your shredded pork and toss. You’re in for a comforting taste of fall with Apple Cider Pulled Pork no matter WHAT time of year it actually is. 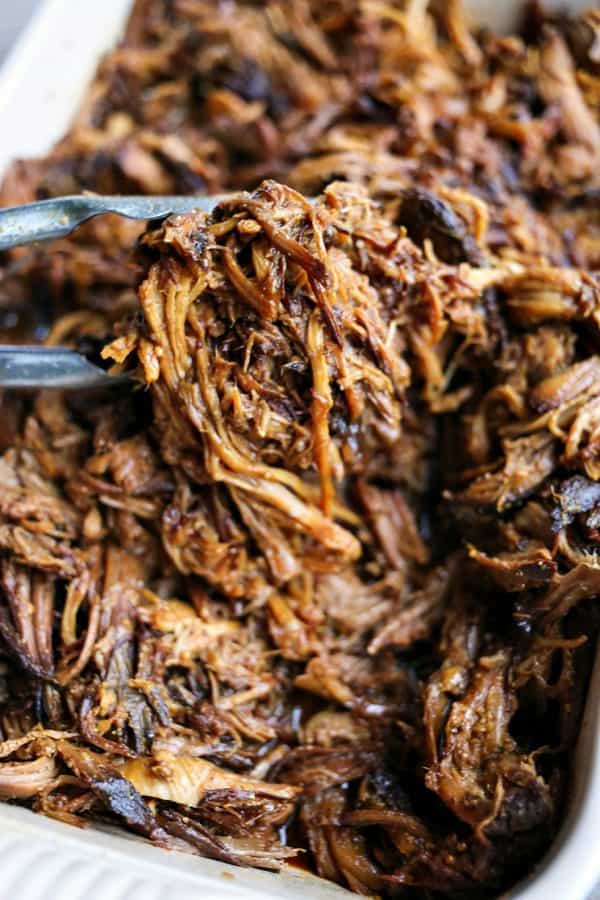 Can I make pulled pork ahead of time?

You have a great deal of flexibility with this Slow-Cooker Apple Cider Pulled Pork recipe. I’ve given instructions in the recipe for cooking and serving it the same day.

It’s also ideally suited to making ahead of time as you can cook the roast up to 3 days in advance and chill it thoroughly. When you’re ready to finish it, remove the solidified fat from the sauce and reduce the sauce as directed in the recipe.

Shred the now cold pork as directed, and transfer to a baking dish. Cover tightly with foil and put into an oven preheated to 350°F until the pork is heated all the way through, about 45 minutes. When it is steaming hot, pour finished sauce over the top as instructed in the recipe and toss to coat thoroughly.

Leftovers also freeze like a champ, so don’t be tempted to reduce the size of your roast!

For the full printable recipe, scroll down! 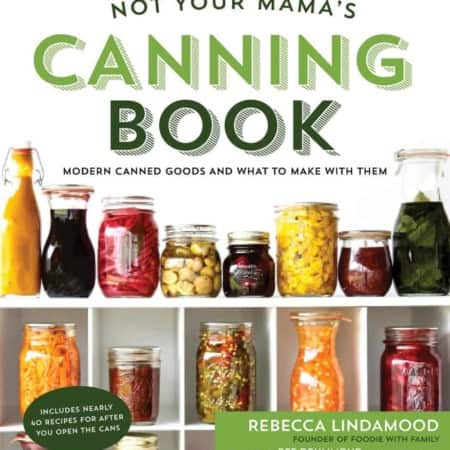