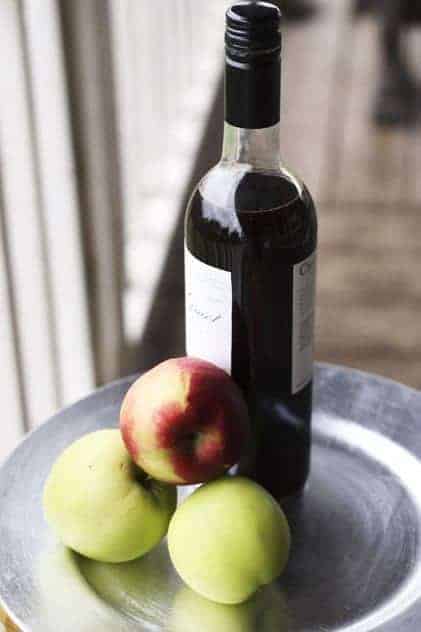 I am a magician.

You see that wine bottle? I fit two whole gallons of apple cider into it.

Okay, I boiled the cider down until it fit, and I didn’t have to work hard to do it. Yes, it took nearly six hours, but I didn’t stir it and wasn’t even in the same room (or same floor of the house for that matter) for more time than it took to pop in and confirm that, yeah, it was still boiling, and mmm-hmmm, it was still shrinking in volume.

So what’s the point behind this exercise? I am about to let you in on an almost-forgotten little piece of America’s food history. This thing goes all the way back to the sixteen-hundreds, the introduction of apples as a crop and the European settlers. I’m talking about Boiled Cider.

Oh, I know. The name? Boring. Totally. Sometimes it has been referred to as apple molasses which ,while a little more jazzed up comparatively speaking, still sounds pretty meh. Believe me, though, there is nothing bland, boring, or unexciting about Boiled Cider.

You know when you get a really good glass of fresh, icey cold apple cider straight from the mill; The way your tastebuds perk up and your mouth actually waters from the tart sweet cider? Imagine that times seven*. Add to that a hint of caramelization, and a thick, pancake syrupy consistency and you have Boiled Cider. It is beautiful in its simplicity. It is just cider. No sugar, no flavourings, no preservatives, no fancy canning. It is only cider boiled down into a thick, shelf-stable syrup that makes just about everything better by its mere presence. There is no added sugar, it is the natural sweetness of the apples that makes this so good.

*Seven is not an arbitrary choice for this comparison. When boiling cider down for this project you want to reduce it to one seventh of its original volume. 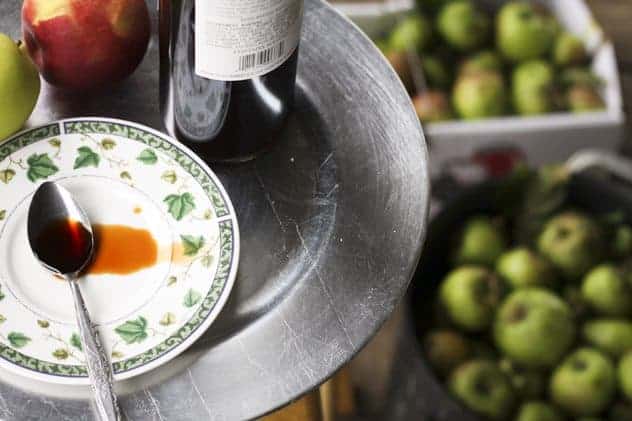 Boiled Cider started as a way the settlers devised to preserve cider long past when even hard cider would be drinkable and would pass into irretrievably vinegar territory. Kept in a bottle on the pantry shelf, this stuff lasted through the winter and into the next apple season for them and it will do the same for you.

What do you do with Boiled Cider? Let me get you started, but once you have this handy, you’ll be off and running. 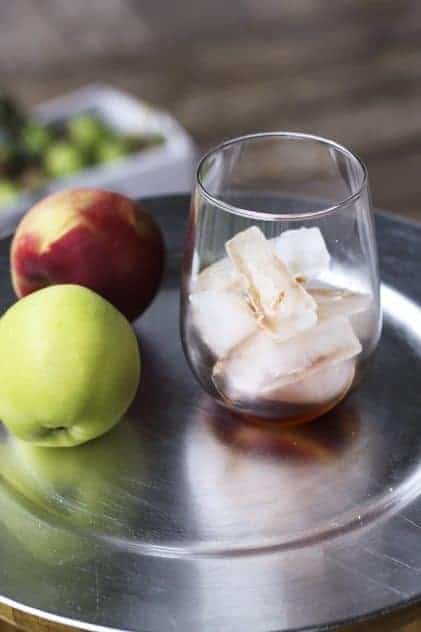 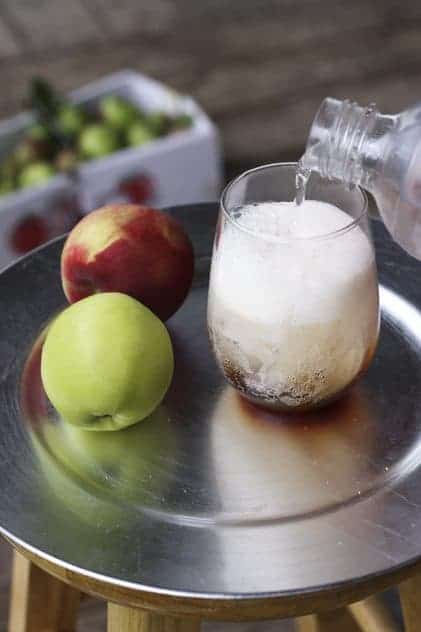 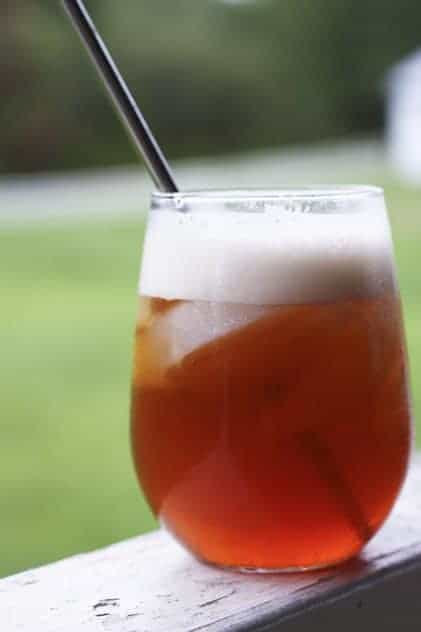 Lipsmacking just doesn’t cover it. This is… It’s… Could words be failing me? It’s like everything wonderful about fall condensed into one syrup. It’s pure, distilled essence of apple. It’s completely and utterly wonderful. And you get all this just by boiling a pot of cider.

Don’t wait. Make some of this for yourself as soon as possible. Have it on your shelf. Then, in December, January, February -whenever you need a boost- pull out your bottle of this opaque, deep reddish brown elixir and pour out a little measure of happiness. You’ll be so glad you did. 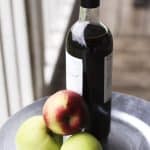 Boiled Cider is everything wonderful about fall condensed into one syrup. It's pure, distilled essence of apple. It's completely and utterly wonderful. And you get all this just by boiling a pot of cider.
Course Drinks
Cook Time 45 minutes
Total Time 45 minutes
Servings 12
Calories 290kcal
Author Rebecca Lindamood