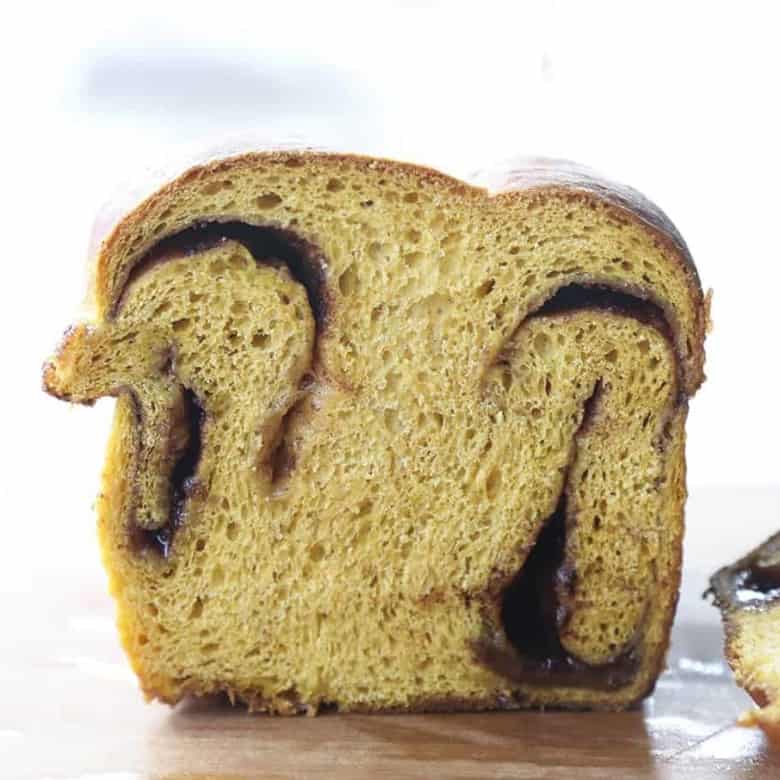 Pumpkin Cinnamon Swirl Bread is an irresistible golden-orange hued, soft, fine-crumbed bread with a decadent swirl of molten buttery cinnamon sugar. Eaten thickly sliced and warm it is divine. When you take those slices and toast them in a frying pan with a touch of butter, though? Whoa. We’re talking about a thick, cinnamon sugar slice of heaven on earth. 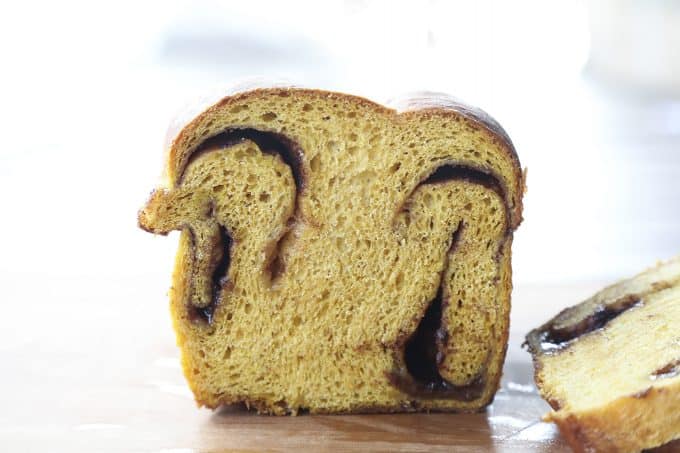 I know some people think there’s a pumpkin eating season, but I eat it all year long. Canned pumpkin is easy to find and it’s inexpensive and, darn it, it just tastes good. It is packed with nutrition which really is neither here nor there when we’re talking about Pumpkin Cinnamon Swirl Bread, but it’s good to know your sweet, cinnamon swirled buttery breakfast bread has some nutrition in there, somewhere, isn’t it? 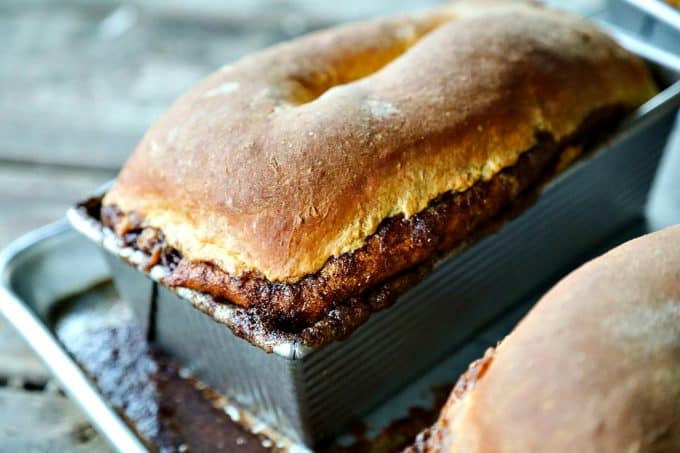 Use this to make Pumpkin Cinnamon Swirl Bread 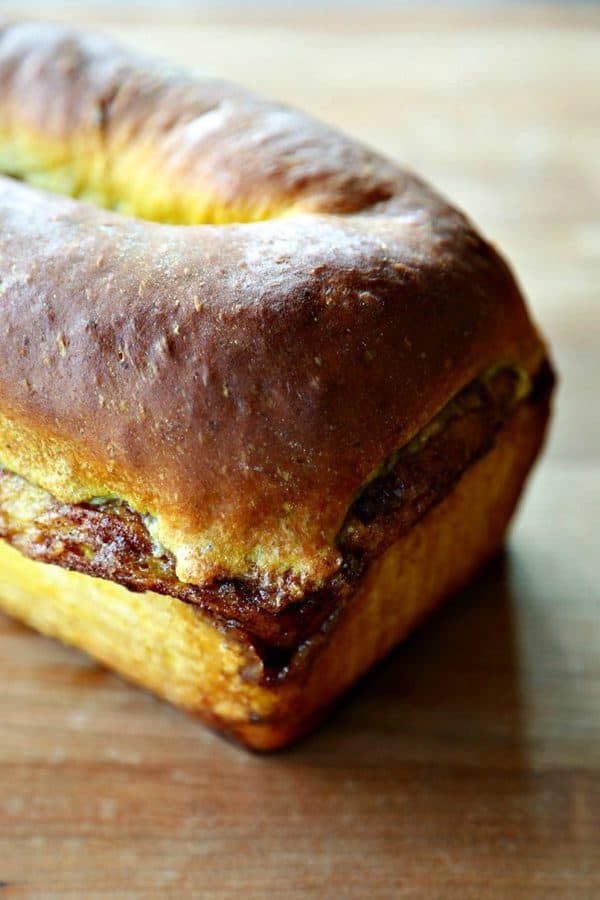 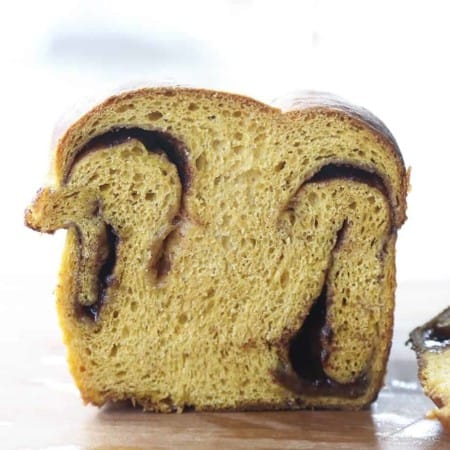 For the Pumpkin Dough:

For the Cinnamon Swirl: