Meat and Potatoes Pie is a hearty, one-pie, version of the humble Yooper Pasties; flaky butter crust filled with lean ground beef or venison, diced potatoes, carrots, rutabaga, onion, and various spices. Guaranteed to put a smile on you and fill your belly, today’s Meat and Potatoes Pie recipe is in recognition of Pi Day/Pie Day and is the second installment of Celebrating Food 2017; a group of top bloggers picking one food holiday per month to enjoy together in a virtual party. Please scroll down past the recipe to get a list of the other wonderful pie recipes for Pi Day 2017. 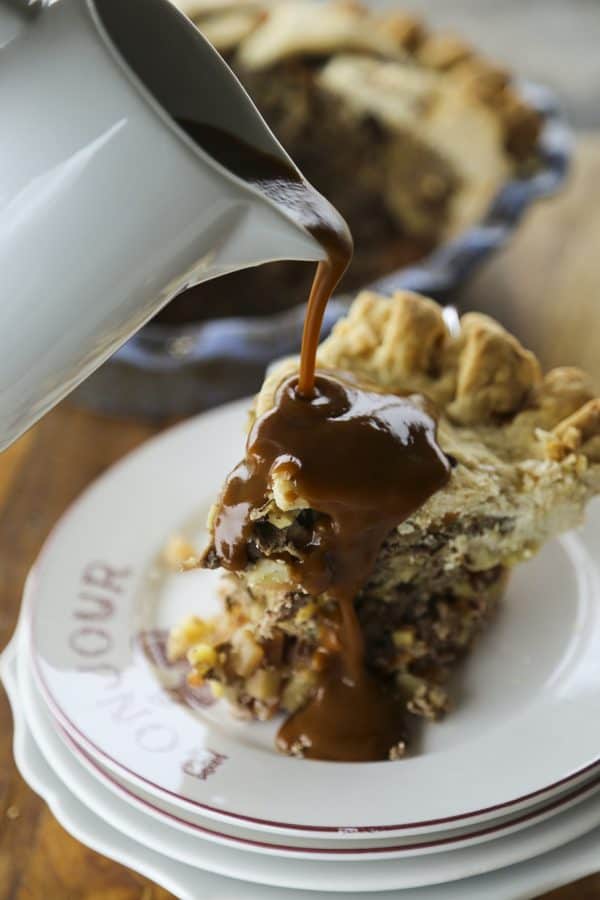 Food memories loom large in my life. So many of my most tangible memories surround food; making it with or for loved ones, eating it with loved ones, talking about it with loved ones. I’m made -in large part- as much by my memories of the the foods I’ve eaten as I am by the actual food itself. My biggest foundation food is the humble Yooper pasty; an Upper Peninsula take on the classic Cornish Pasty.

For the record, I’m talking about PASS-teez; meat and vegetable pies that are a regional specialty of the Upper Peninsula of Michigan and not pay-steez which are a specialty of a Janet Jackson, Madonna, and Lady Gaga’s regions. The number of these made by my Grandma’s hands that I have eaten in my lifetime probably extends to the same number as decimal places in Pi. The thing is, pasties are a little time intensive. You roll out innumerable pie crusts and stuff then crimp each one. They’re truly a labour of love.

I noticed for the first time ever that the hand-written recipe passed to me by my Grandma has an asterisk near the notes about how to stuff the pasties and a little note scrawled at the bottom in tiny script: “…Or you can fill regular pies with them for pasty pies.” In all my life, I had never done this. I decided to make Meat and Potatoes Pie, because in my heart and in my head, I couldn’t call them pasty pies even if they were basically giant versions of pasties; pasties will always be the hand-held, individual servings of my youth.

These Meat and Potatoes Pies, though, have everything I love about pasties minus the extended hands-on preparation time. You still have that flaky butter crust filled nearly to bursting with hearty potatoes, rutabaga, carrots, onion, and lean beef or venison. Since I was already breaking with tradition by making a giant Meat and Potatoes Pie, I went a little crazy and added some fresh thyme to the filling, too. It was a good move.

Use this to make Meat and Potatoes Pie 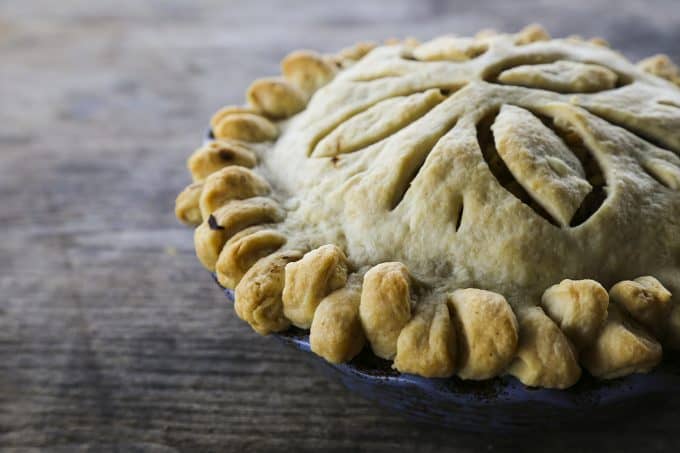 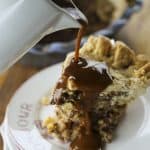 For the Brown Gravy:

To Make the Crust:

To Make the Filling, Assemble, and Bake the Meat and Potatoes Pies:

To Make the Gravy:

Be sure to check out all 21 Sweet and Savoury Pies for Pi Day 2017 and beyond!