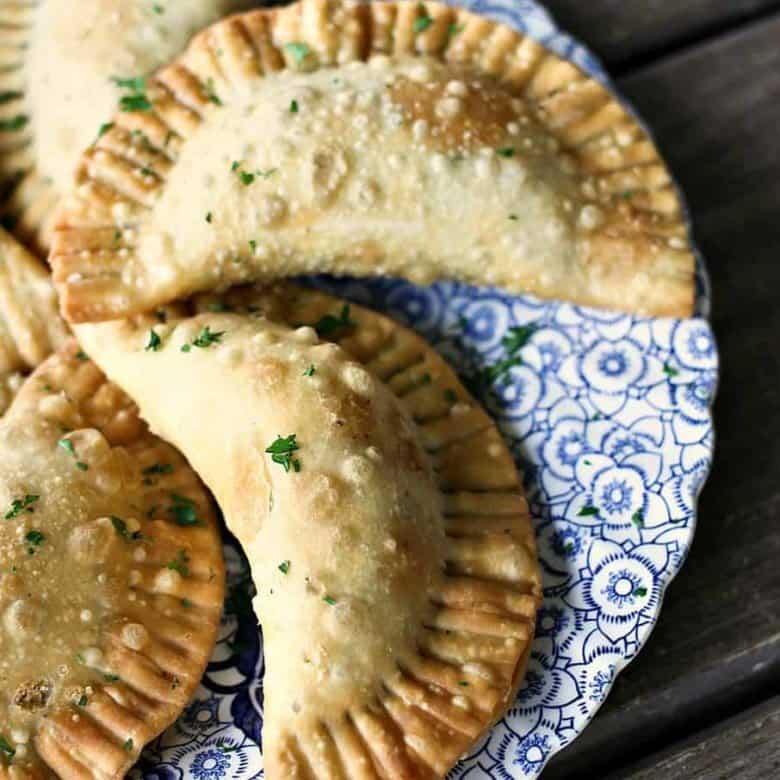 You know those moments when you have a bunch of people coming over and you wonder, “What can I make to feed them?” I find that those circumstances most often yield my most creative cooking. A couple of weeks ago, a friend and her four kids were coming for lunch and I was staring into the refrigerator (in a manner which would cause me to yell, “Are you trying to air condition the house?” at the children) seeking inspiration when a pan full of the previous night’s cold Shepherd’s Pie called to me.

Figuratively speaking, of course, because if Shepherd’s Pie had literally called to me, it would be a cause for concern.

What the Shepherd’s pie said was, “FRY ME!” and when food wants to be fried, I listen. I grabbed some of my favourite Goya Discos from the freezer, broke out the fryer, and my friend and I stuffed that lovely mashed potato topped beef, corn, peas, and gravy into the pastry rounds.

We then moistened the edges of the pastry, folded it shut and crimped them firmly, and eased them into the hot oil. We then fended off teeming hoards of hungry children who smelled things frying and were not easily turned away even with the promise of food being done in mere minutes. 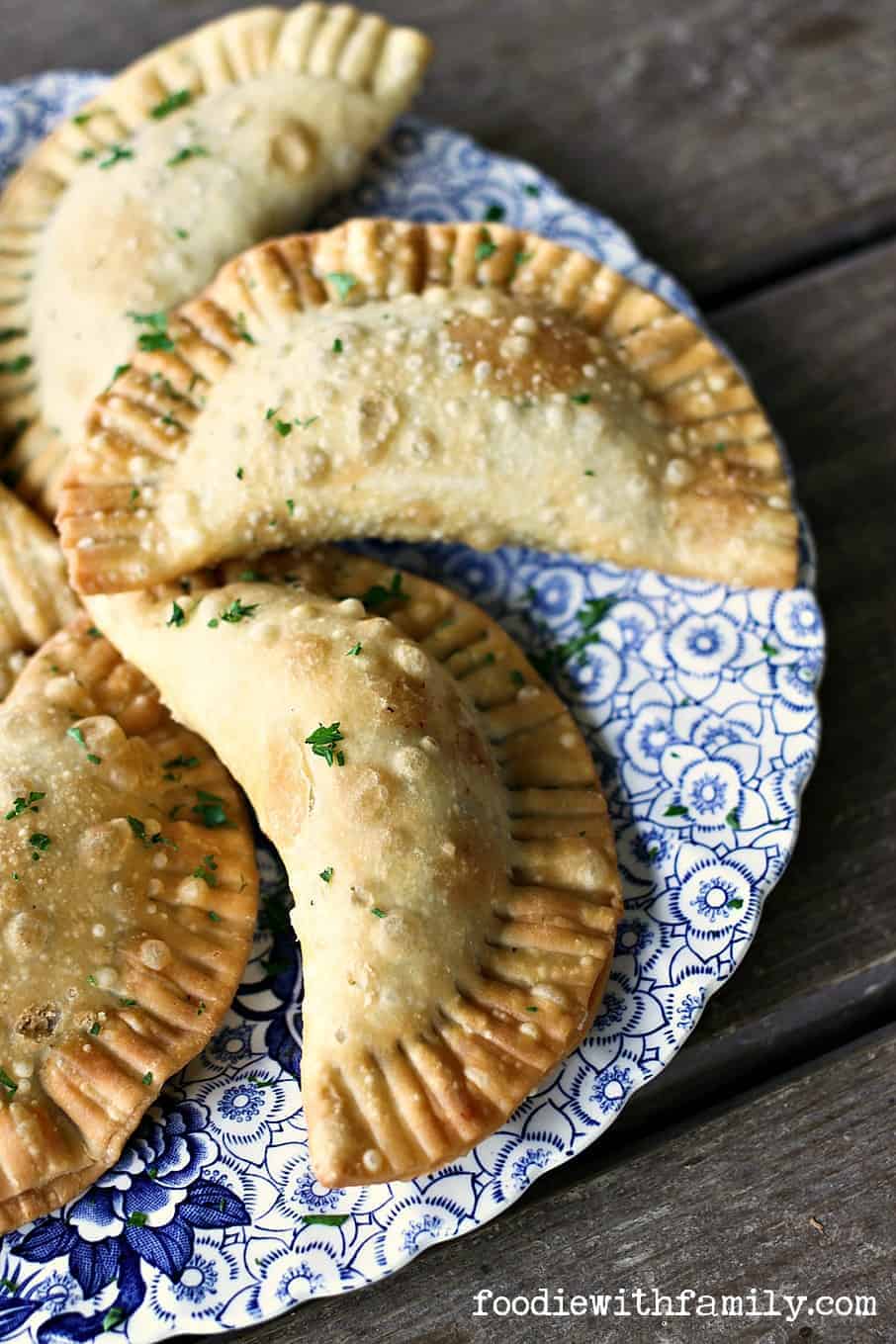 …but there was no power on earth that could’ve kept them out of the kitchen when these bad boys came out of the fryer. Golden brown, flaky, crunchy crust surrounded piping hot buttery mashed potatoes, gravy laden with brown ground beef, tender peas, and sweet corn. To say the kids liked them was an understatement.

Those empanadas disappeared about as quickly as we could fish them from the hot oil. I had to wrap two in paper towels and put them on a high shelf to make sure my husband got some. Even then, the taller children were sniffing around saying, “Are you SURE they’re all gone?”

Because I love you all madly, and know that there are some of you who for a myriad of reasons don’t do fryers, I baked a batch to see how they compared. They’re good folks -it’s hard to go wrong when you stuff pastry with mashed potatoes, beef, gravy, and whatnot- and my husband actually preferred them to the fried ones. I’m firmly on the side of the fried things, but it’s definitely a viable option for those who can’t or won’t fry. 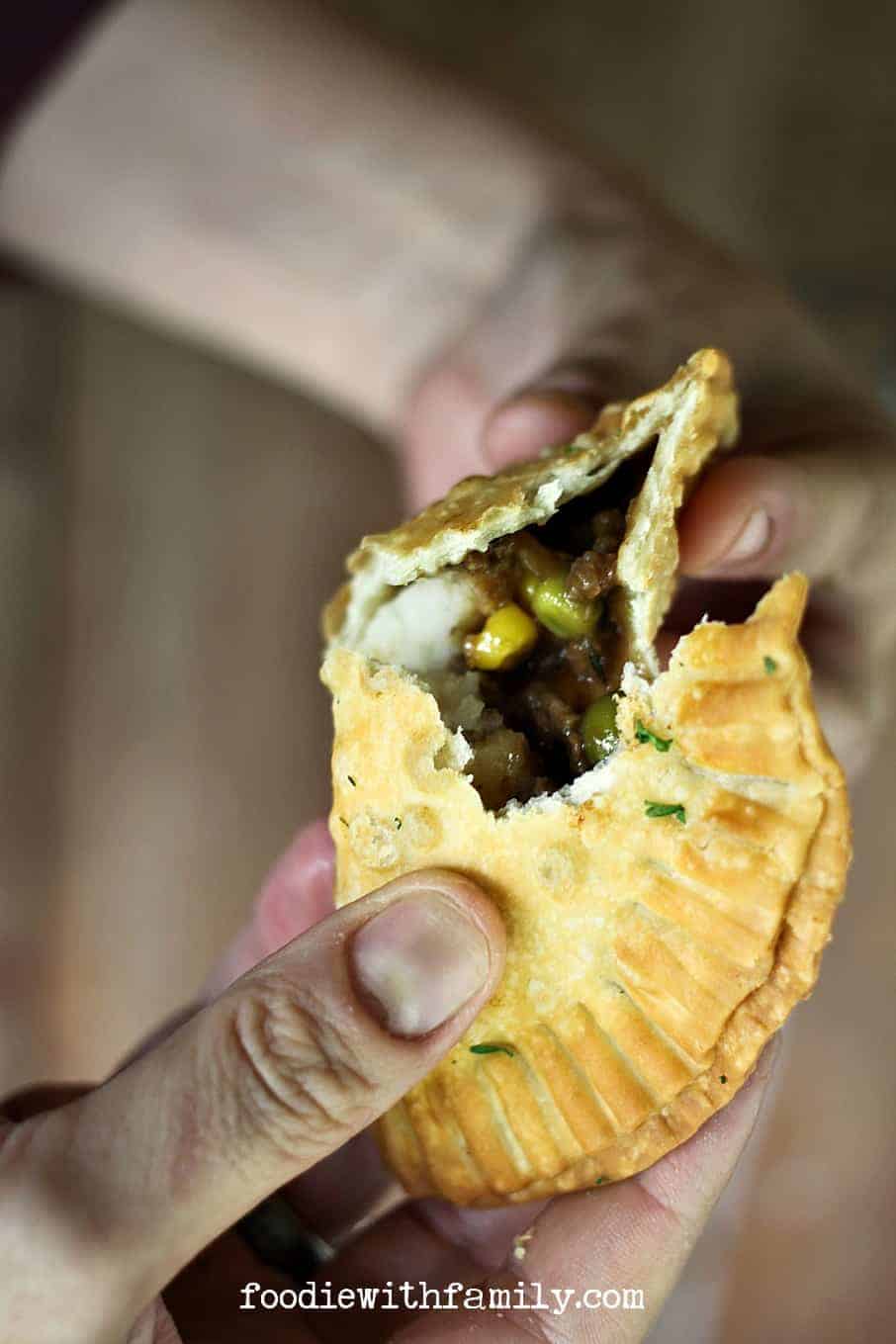 Thanks to my friend, Pamela, for being my food guinea pig and hand model. Friends who trust you enough to eat your food experiments are good to have around. 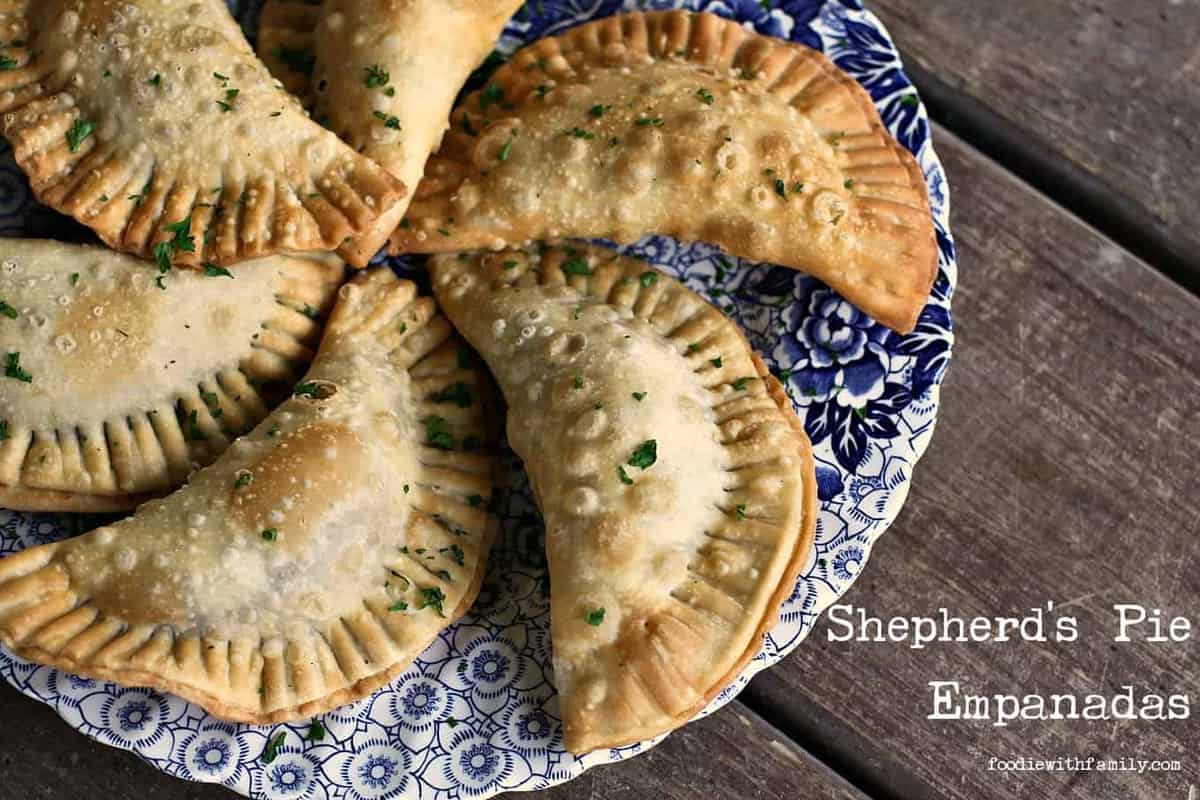 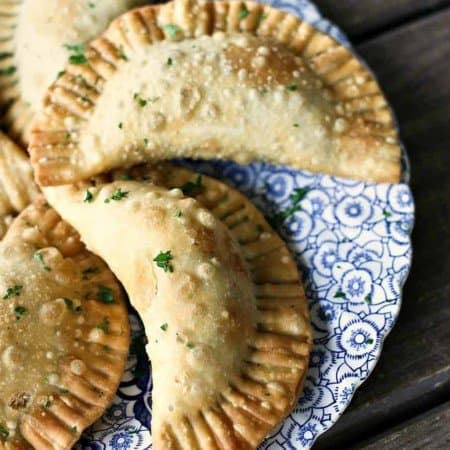 To Assemble the Shepherd's Pie Empanadas:

To Fry the Shepherd's Pie Empanadas:

To Bake the Shepherd's Pie Empanadas: