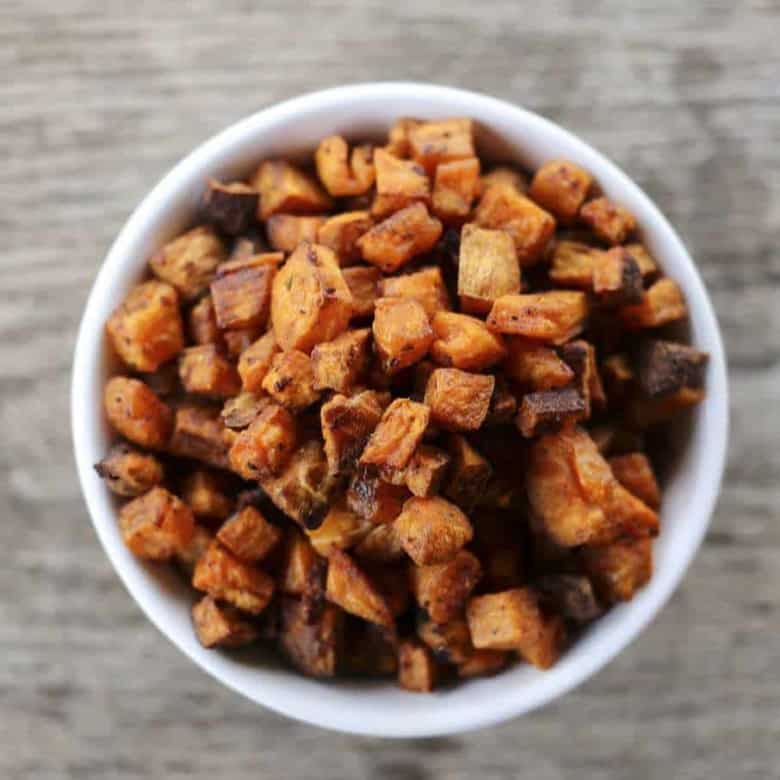 Check out all of our wonderful Sweet Potato Recipes here!

By now, it is known that I am a salad lover of epic proportions. Let me rephrase that for the sake of clarity; I love epically proportioned salads. I don’t like wimpy little side salads, though. I want my salad to be interesting. I love to pile all sorts of delicious things on top of my greens. My current top of the heap -and I mean that literally since I top my salad with them in a heap- is Sweet Potato Croutons. These tiny, tasty nuggets of crunchy sweet potato are so easy to whip up that the only reason I ever run out of them is that I sometimes fail to plan appropriately just how many sweet potatoes I will consume between grocery store visits. 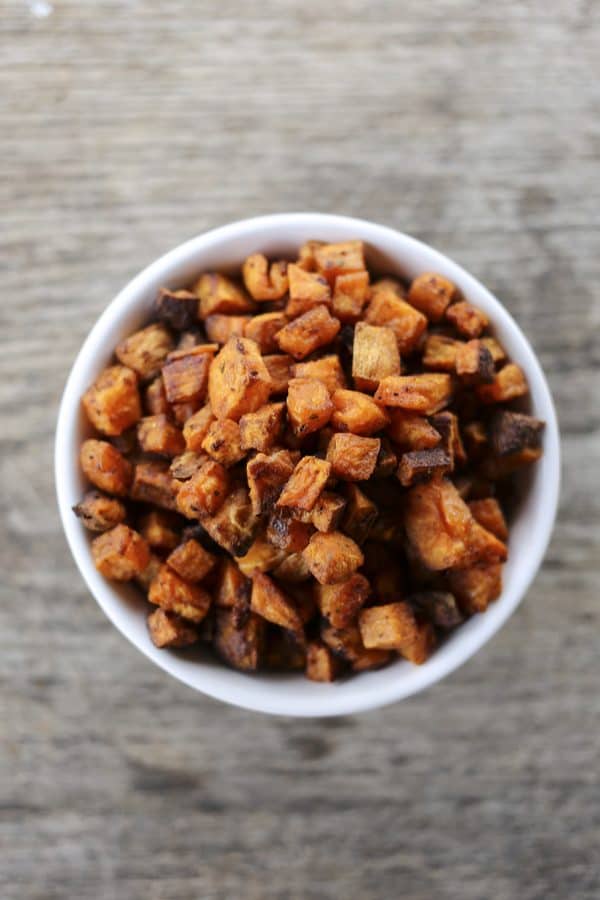 We don’t stop at eating them on salads, though. Sweet Potato Croutons are one of those unicorn recipes that everyone (including the habitually vegetable-averse) in my family loves. Since two of my kids who wouldn’t normally touch a vegetable unless under threat voluntarily consume vast quantities of Sweet Potato Croutons as a snack, I try to keep them available all of the time. Of course, Sweet Potato Croutons are completely irresistible when hot from the oven, but they stay eminently munchable within two hours of being pulled from the oven. All that said, they’re still pretty darned tasty cold from the refrigerator for 24 hours. If you made too many to eat fresh, and you want to ‘refresh’ them, you can pop them on a cookie sheet and plunk them in a 400°F oven for 4 minutes, and they’ll be as good as new. 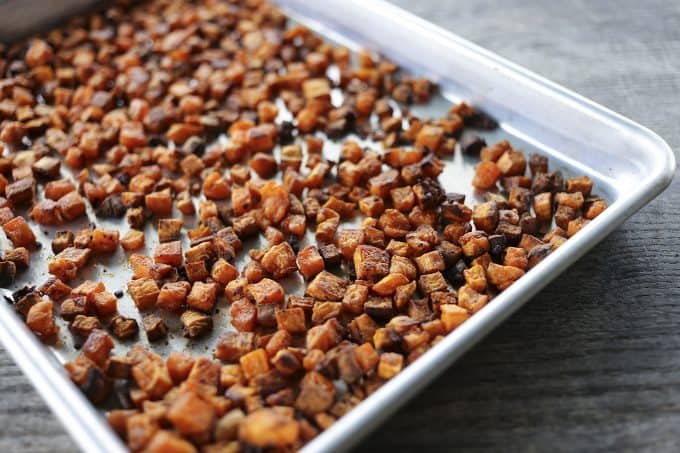 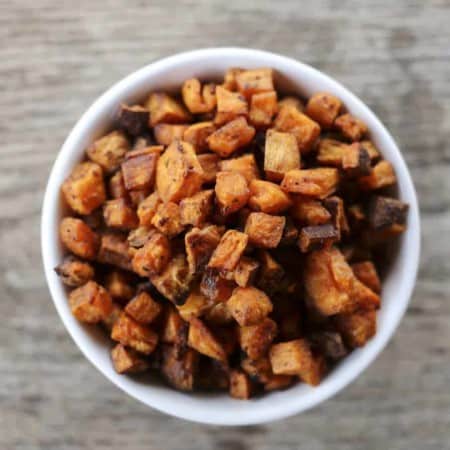