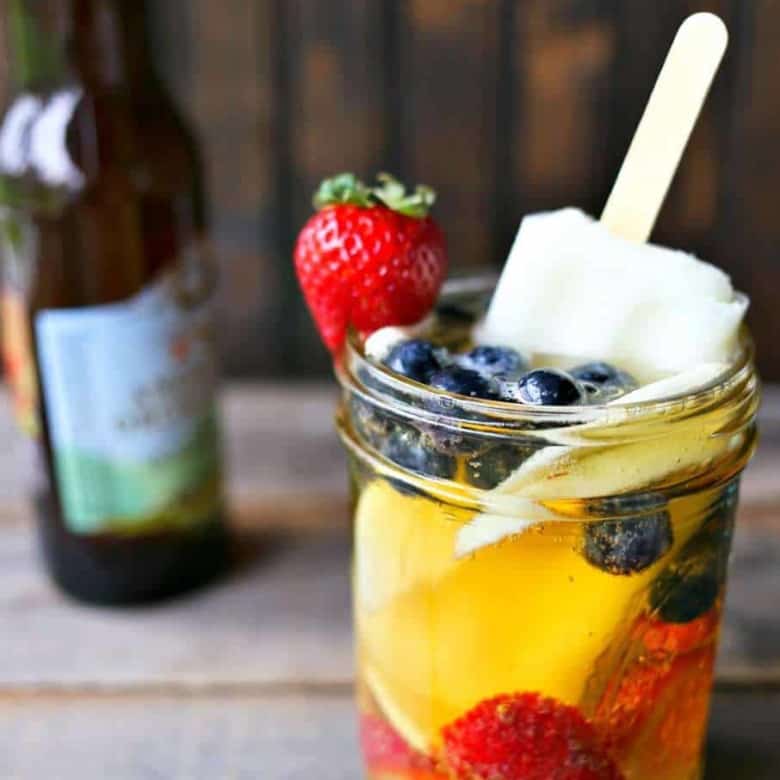 I have a weird relationship with summer. Humidity and extreme heat (and mosquitos) are on my “make me cranky” list. But the food? Oh the glorious food and drink of summer. There’s a romance to all those perfectly fresh and ripe fruits and vegetables and the pockets of smells of grilling burgers and goodies as you drive through the countryside. Hard Cider Sangria-by-the-Glass is my newest addition to the list of things to sip while sitting on the front porch with my feet propped up on the rails. 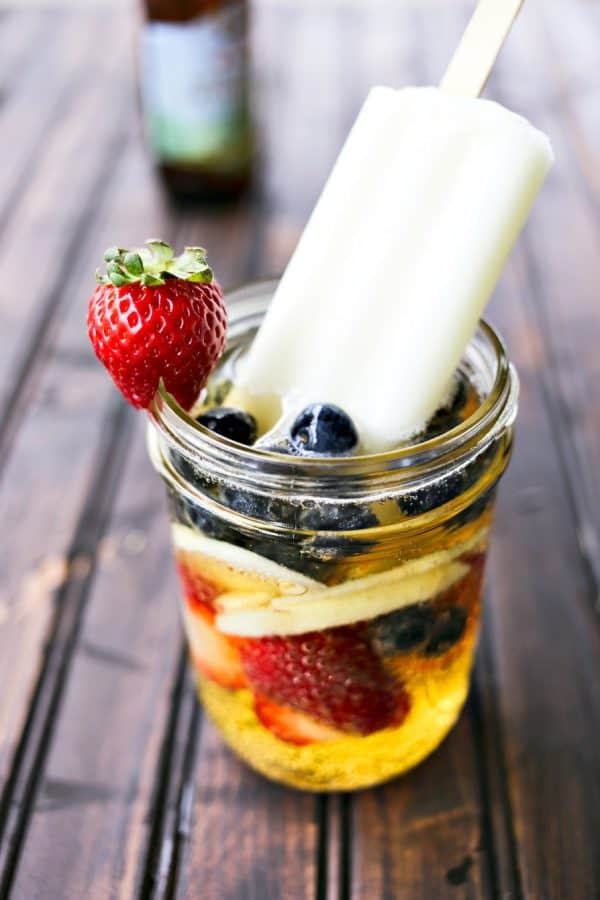 It’s almost embarrassingly easy to make and calling it Sangria will probably make all of Spain and Portugal (and any other globally located wine snobs) cringe deeply, but it is a properly peasant drink reminiscent of the wine-soaked-fruit beverage so ubiquitous in summer, so all is forgiven; at least in my book it is. Hard Cider Sangria-by-the-Glass begins when you pile thinly sliced apples, a handful of blueberries, and a couple of sliced strawberries into a mason jar. So far, so good, eh? Don’t worry, we’re about to display our country cousin tendencies in a big way. Instead of wine being poured over the top, we’re opting for a crisp hard cider. I’ve tested this with the Crisp Apple from Angry Orchard as well as with King Baldwin: an amazing locally produced hard cider from Bellwether Cidery. Both choices were amazing. The good news is that the variety of hard ciders hitting the market is exploding. You’ll likely be able to find quite a few varieties from which you can choose. This was tasty as is, but I needed a way to keep my Hard Cider Sangria-by-the-Glass cold, because it was HOT the other day, so I did something that is either genius or dreadfully offensive, depending on how carefully you guard the purity of your drink. I snagged one of my kids’ lime popsicles from the freezer and plopped it right into the jar. 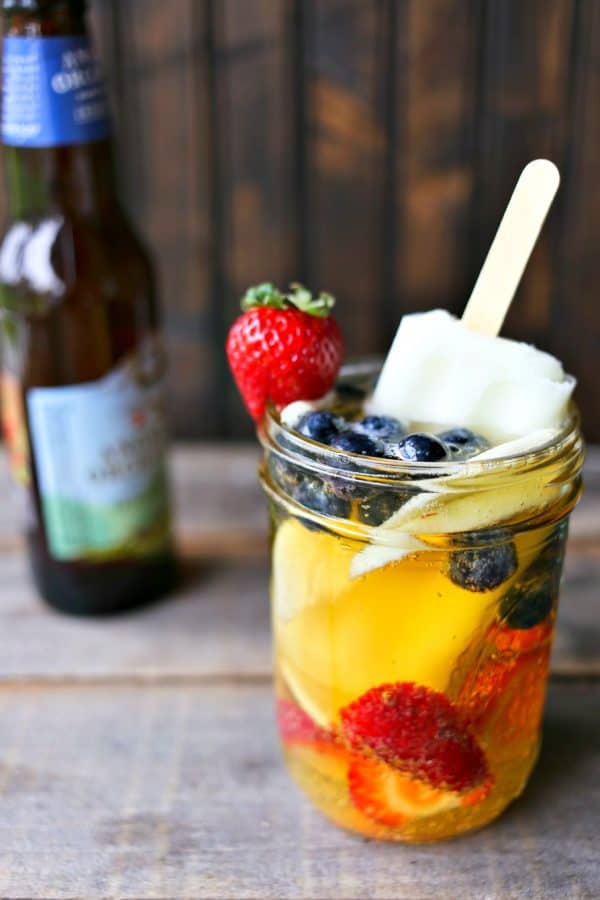 Oh, don’t even look at me like that. They were GOOD lime popsicles… not neon green, just real lime juice and a little sugar. (Nestlé Outshine is the brand, in case you’re wondering.) Was it classy? Oh heck no. But was it delicious? Incomparably. And we will be repeating this on as many occasions as we possibly can this summer. We’re already trying to figure out how we can manage to pull this off when we go camping for Independence Day. Any brilliant ideas on how to get lime popsicles to stay frozen at a camp ground?