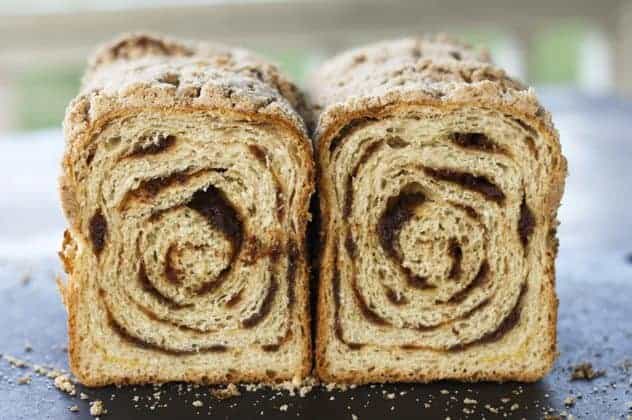 Evil laughs are so hard to put into words, but I really have to give it a shot here.

I have three reasons to guffaw as though I’m the baddie who conquered MetroCity.

Please allow me, in the grand tradition of super villains, to fill in the back story a little bit.

First, a friend asked me whether I had a recipe for cinnamon schmear (what many commercial bakeries use to fill their cinnamon rolls and bread) a while back. She had a hankering for bakery-type cinnamon rolls with the distinctive, moist filling that they turn out. I did a little research but all of the recipes seemed to be missing something crucial. I wrote off the search for a while.

Second, I have two kids who just plain don’t like raisins. I can’t blame them, really, I’m not certain those little shriveled grapes are my favourite things in the world, but unlike them, I’ll eat ’em. And when you stuff them in an oatmeal cookie, I’ll eat them quite happily. Those two, however, are the anti-raisin police. If raisins are suspected to be in the vicinity, these normally sanguine children clamp down, dig their feet in and steadfastly refuse to even try the item in question. What’s the big deal? Well, the fact that these same two children pretty much despise all fruit, for one. And raisin cinnamon bread, for another. The rest of the crew can’t get enough raisin cinnamon bread. Ever.

That puts me in a bind.

If I sally forth making raisin cinnamon bread, I have two little faces with big saucer eyes that stare at me sadly as if to accuse me of deliberately making something that looks delicious “except for those shrunken bits there.” I can almost hear them thinking, “Why don’t you just make a plain old cinnamon swirl bread, Mama?”

“Because of the moisture the raisins bring to the bread!” I cry back at them in my brain*.

*Aren’t you glad you’re not in my brain?

This internal debate intensified when one of the feed-me-no-raisins twosome specially requested cinnamon swirl bread.

I thumbed through the index and saw a recipe for ‘Cinnamon Swirl Bread’. There was no mention of raisins anywhere so I figured it was a good bet. When I opened the page, I scanned the ingredient list and saw (you know what’s coming) raisins. Oh geez. For some reason, I decided to read the blurb about the recipe anyway and boy am I ever glad I did.

This was the bit that got me:

“First, for a deep-dark, moist cinnamon swirl inside the bread, whirl sugar, cinnamon and raisins or currants together in a blender or food processor until smooth. The fruit adds moistness as well as subtle flavor to the filling.”

Well, hello. This seemed like it would solve all sorts of problems. With the raisins obliterated in the food processor, I would get the moisture I desired from them without setting off the no-raisin-radar. Smooth, moist, deep-dark cinnamon swirl? That sounded remarkably like the cinnamon schmear my friend was seeking.

I gave it a whirl and wow. (Cue evil laugh again.)

They didn’t just like it, they loved it. Luh-uh-uh-huhved it. I made a double batch and it was gone after breakfast. The raising hating duo couldn’t get enough of the bread. I pleased them all! I texted my friend and told her I’d found her holy grail of cinnamon swirliness. I was on a roll.

It’s not just cinnamon swirl bread. It’s a soft, white bread with a hint of cinnamon kneaded into the dough that is rolled around the most deep, dark, moist cinnamon filling ever. It holds together beautifully when sliced thanks (again) to the King Arthur Flour Bakers Team’s genius idea to use an egg wash instead of brushing the dough with butter. If you are the sort who is inclined to dismantled your bread along swirl lines while eating it -as I am- you’ll find that the bread de-swirls beautifully with just a little encouragement from your fingers and teeth. There’s more though. Those clever Arthurians topped the bread with a streusel topping. Is that gilding the lily? Perhaps, but it’s really tasty gilding. 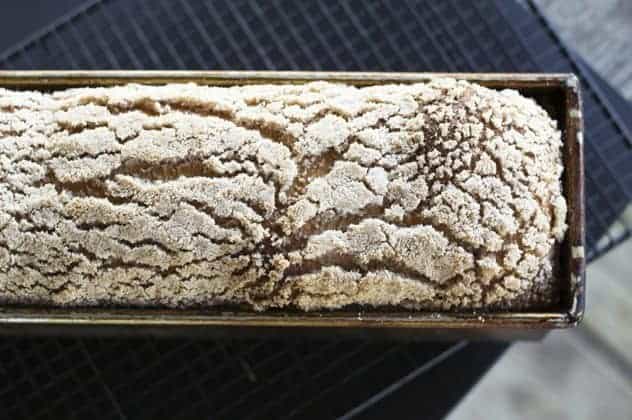 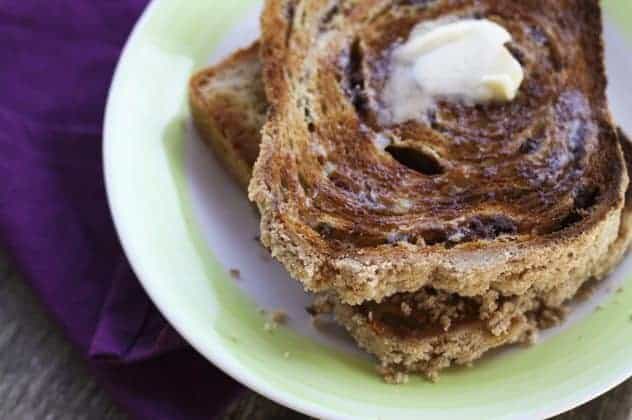 To Top and Bake:.