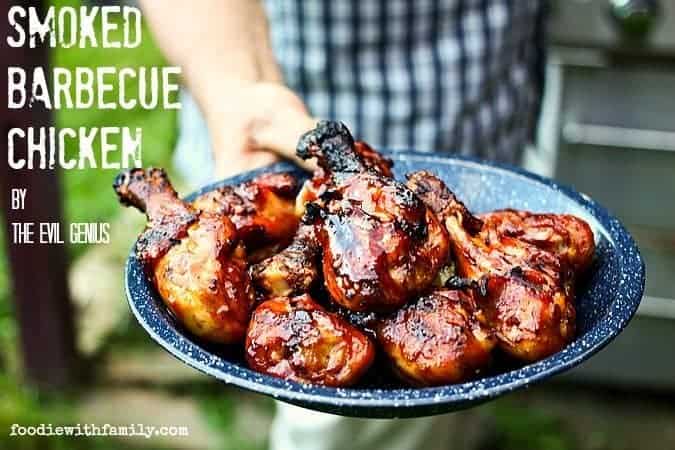 My husband can cook, people.

He is an engineer, so his cooking endeavours often include terms like “matrix”, “schematic”, “equipment”, and “sequence”. While the terminology might not be what I would use in the kitchen, his food speaks the universal language of YUM, so I always get excited when he’s inspired to make our meal.

Last weekend, he made a run into town for lawn tractor parts and called me after leaving Farm & Family to say, “Hey. Do you have anything planned for dinner tonight? I was thinking of grabbing some chicken and trying something. I think I’ll make Smoked Barbecue Chicken. I want to do a two-stage cooking process. I’ll start by smoking it to render out some of the fat and infuse it with smoke, then I’ll switch it over for stage two and grill it and brush it with sauce until it’s done. What do you think?”

It’s a pure entertainment to watch him work. He’s one part Nutty Professor with seasoning salt flying like flubber and one part Emperor Palpatine tapping his finger tips together with a  “Good. GOOD. It’s all going according to plan!”. 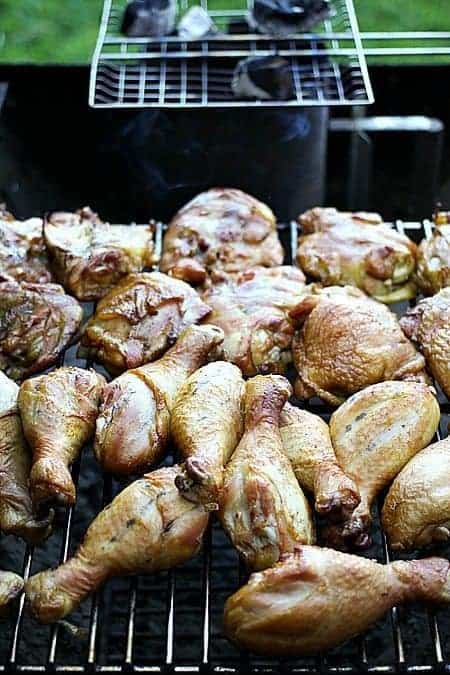 Exhibit A: Stage one of his two stages. This is our charcoal grill. He removed the grate on the far end of the grill to make room for his chimney starter with a grill basket positioned over it to hold wood chunks. The idea was that the chimney starter would hold the hot coals to one side, directing the heat upward and toward the soaked hardwood chunks generating a large amount of smoke. After about two hours -when the skin had become golden and the fat was running from under it- he switched it over to a low gas grill. He let it go for about a half an hour, flipping from time to time and watching it to avoid flare-ups from the fat running off of the chicken. Then he began his ‘sequence’ of brushing on the sauce working from one end of the grill to the other, then flipping each piece and starting again. He continued this until each piece had been lacquered to sticky, tangy, mahogany perfection. Of course, he used his father’s barbecue sauce: The Evil Genius Sr.’s Slathering Barbecue Sauce.

The result is a tender, smoky chicken that is perfectly smoky, sticky, tangy, sweet, and ever so slightly spicy. It’s the kind you just keep eating so you can keep having the taste in your mouth. 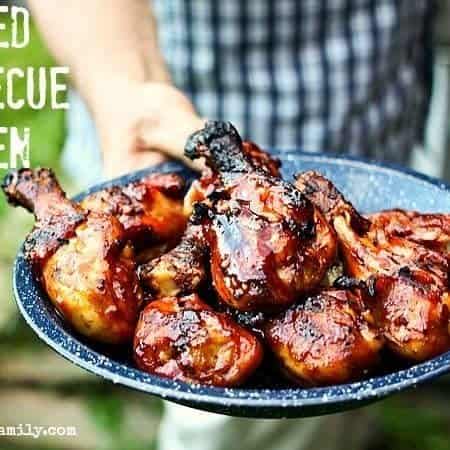 To Smoke the Chicken: