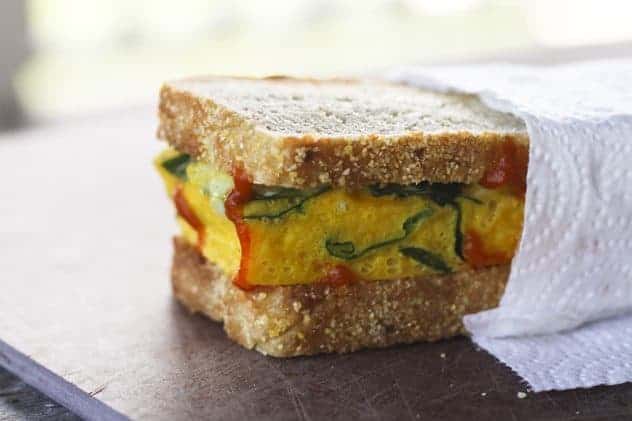 I’ve been very listy lately. By that, I don’t mean I’m leaning markedly to one side but rather that I’ve been the Queen of List Making. This is how I keep track of what I’ve done and what I have to do. I’ve tried journal or diary keeping several times over the years and ended up destroying them within weeks of having written them because honestly? I don’t want to read what I was thinking three weeks ago let alone three years or three decades ago. Egads. That’s why time moves on. Onward and upward. But I was talking about lists…

Lists are the non-journaler’s way to keep track of what is/was/and will be. They’re impersonal. They’re mysterious. You can enter things on a list like “Go you-know-where with you-know-who and buy you-know-what.” And there’s rarely a concern if someone else stumbles upon your lists. The chances of embarrassing secrets being discovered (like that time you sneezed and blew a giant booger onto the back of that old man’s head in church, hypothetically speaking) are low-to-nil. Ah lists.

I’ve heard it said that control freaks are list makers. I take issue with that. In fact, I have a joke to illustrate my point. Ready?

Me: Control Freak. NOW YOU SAY CONTROL FREAK WHO.

See? I don’t have any control issues at all. (As long as people do what I say.) Sigh. Lists are practical tools. I keep track of my grocery needs, appointments, assignments for the kids, things that need to be done, books I want to read, books I have read, and more.

But lists don’t have to be practical. That’s right. Sometimes lists are fun. Don’t look at me like that. I’m serious. Take this list, for example.

Things that always go together:

It’s true. Those are matches made in heaven. Here on Earth, you don’t always get the best results when you combine these über-couples. I mean you wouldn’t really want Raspberries + Chocolate + Pickles + Ice Cream. (Think Jennifer Aniston + Brad Pitt + Angelina Jolie. That didn’t go well, did it?) But there are those occasions when the sum of combined heavenly matches is greater than all its parts. I refer, of course, to the supreme combination of Eggs + Spinach + Hot Sauce + Toast + Cheese.

What you get when you put all those dreamy-on-their-own combos together is the Supreme Spinach and Egg Breakfast Sandwich. This sandwich is not served with a side of hyperbole. It really is superior not only in flavour, but also in convenience and thrift. Let me list the ways:

By the way, lists are an extremely helpful way to keep track of your Make Ahead Mondays projects. Did you whip up Soup Dumplings, Pulled Pork, Meatballs, Mini Fruit Pies and Sloppy Joes? Make a list and post it to the front (or top, as the case may be) of your freezer. Cross off each item as you use it or make a note that you’re getting low. Control freak who? 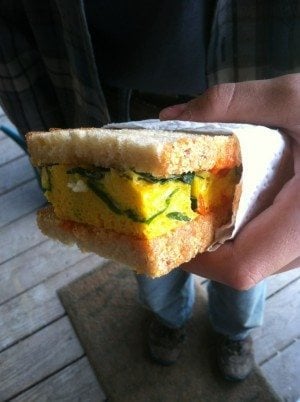 Rate Recipe Rebecca Lindamood
Prevent your screen from going dark
Print Recipe Pin Recipe
Hearty, healthy, frugal and filling, these simple egg and spinach breakfast sandwiches are the happy combination of a spinach, egg and cheese bake that is made ahead of time and frozen in individual portions. When it's time to eat, just reheat as many portions as you need. What a great way to start the day!

To Make the Supreme Spinach and Egg Breakfast Bake:

To Make Each Breakfast Sandwich:

To Make the Supreme Spinach and Egg Breakfast Bake:

To Eat a Sandwich Right Away:

To Freeze the Supreme Spinach and Egg Breakfast Bake: