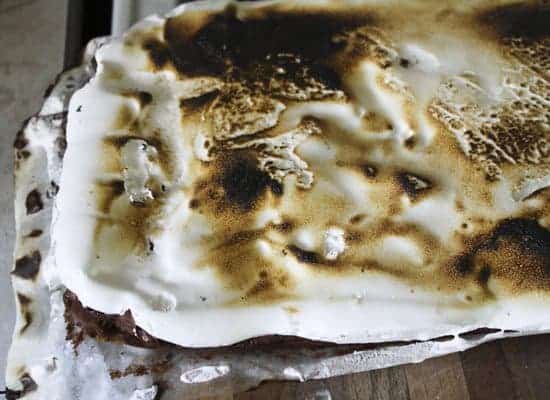 Hot on the heels of my Deep-Frying Trilogy (Parts I, II, and III) I bring you yet another uber-healthy offering; S’Mores Brownies. I know. I hear you. Please don’t hate me. I’m sorry. Not.*

*I’m also a mature adult. Not.

Sweets are a requirement on all birthdays, but I believe that big birthdays require sugarbomb confections. Today is the thirtieth birthday of my baby brother Luke. My now thirty-year old little brother. He is now officially thirty. Did I mention he is no longer in his twenties? Yes. The big three-oh. THIR-TEE. *

*Don’t worry. I’m sure he’s okay with that. Luke? Why are you huddling in the corner rocking like that?

Luke: the kid who repeatedly bounced basketballs off the wall behind my head and said, “I don’t have to stop. It’s not your wall.”; the high-school baseball player who was put into games because of his uncanny ability to get hit by any pitcher; the man who gave my five sons a REAL. LIVE. BLOWDART. GUN (with darts) when they were all under the age of nine; the man who is now expecting his first child to arrive any moment. To him, I dedicate these S’Mores Brownies. I have just one piece of advice for him on this auspicious occasion. Watch your back. I saved that blow dart gun and it’s going to be a special gift from Aunt Beccy to Baby Penny when she’s old enough to shoot it at the wall over your head.*

*I’m still being mature. Not.

A little bit about these brownies. The pan is sprinkled with buttered graham cracker crumbs and sugar before being filled with brownie batter. They’re baked, cooled, topped with marshmallow fluff and then torched or broiled until the marshmallow is toasted. Isn’t that a kicker? This brownie is like every summer of my youth encapsulated in a sticky, chocolatey, chewy, buttery treat.

What’s even better is that they’re flex-ee-blay. I’ve made them with both homemade brownies and a brownie mix and they haven’t lasted long enough to compare either time. Either way, you want enough brownie batter to make a 9″x13″ pan. When I made it from scratch, I used King Arthur Flour’s gorgiferous recipe, the next time I used a Ghiradelli’s box mix. I’m not telling you which one to use because both were really great. Do whatever floats your boat! 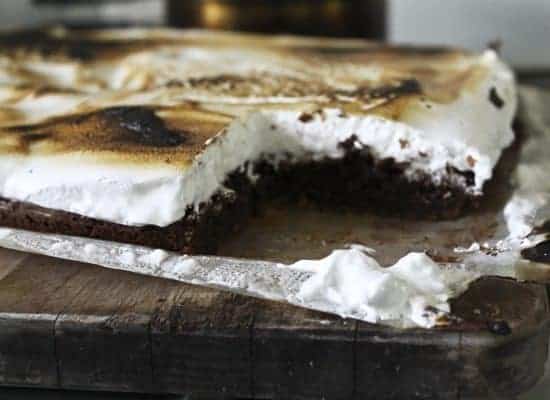 And a word about the marshmallow fluff. I used homemade because it is so much fun to make. (It doesn’t hurt that it ends up being about one-third of the cost of the storebought stuff and tastes ten times better…) You can opt to procure your fluff from a jar without hurting my feelings, but if you can, try making your own at least once. I think you’ll be impressed! 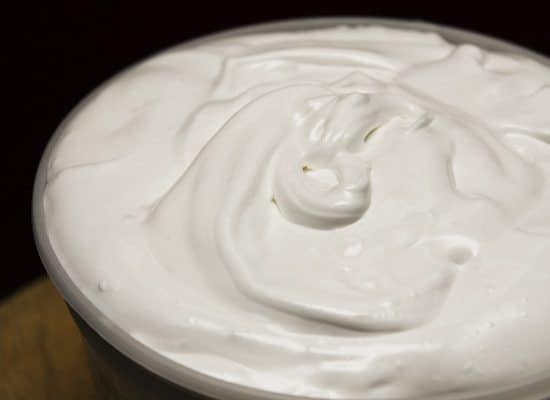 These may look like a mess (because they are) but have you ever seen a pretty s’more? I rest my case. Whip up a pan of these, park yourself out on a log in the yard, get your fingers and your face sticky eating one or two and then lay back for a nap in the grass before the sugar kicks in. It’s summer. Take a breath.

Happy Birthday, little brother. I feel a little guilty about teasing you over your birthday, so let me just remind you that no matter how old you get, I’ll always be older and I’ll always be there. In the corner. Having an aging crisis and hyperventilating into a paper bag as my baby siblings hit milestones.

I think I need a brownie. 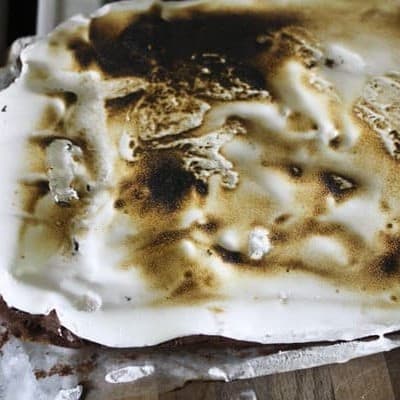 Rate Recipe Rebecca Lindamood
Prevent your screen from going dark
Print Recipe Pin Recipe
Chewy, chocolatey brownies baked over buttered graham cracker crumbs, topped with marshmallow fluff and torched or broiled until the marshmallows are as toasty as if they were cooked over a campfire. This screams summer camp!

To Make the Marshmallow Fluff:

To Make the S'Mores Brownies:

To Toast the Marshmallow Topping Using a Torch:

To Toast the Marshmallow Using a Broiler:

*If you are concerned about using raw egg whites in a recipe, I recommend trying to locate pasteurized egg whites in the dairy section of your grocery store. They are often sold in cartons and specify how much to use to replace regular egg whites. **Using honey in place of corn syrup will give you a strongly honey flavoured fluff. Keep this in mind when deciding which to use.