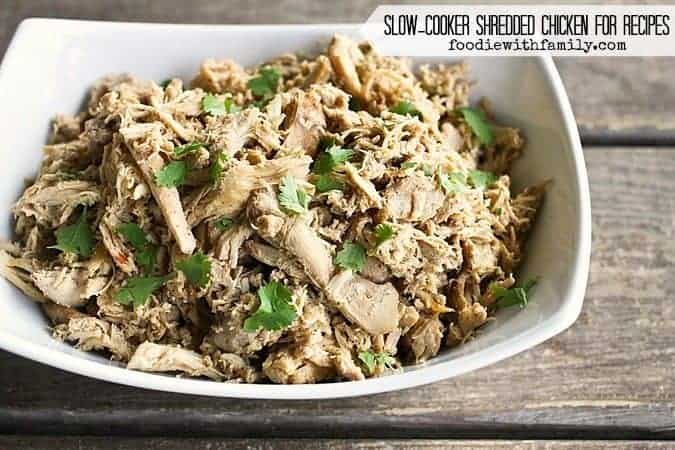 It’s been a while since I did a dedicated “Make Ahead Mondays” post, and quite a few people have mentioned that they miss them on the reader survey. I listened! Today I’m sharing a fantastic meal-starter with you: Slow-Cooker Shredded Chicken for Recipes. Use your slow-cooker to whip up a batch of this flavourful, fully-cooked shredded chicken, shred with a couple of forks (or chop on a cutting board) and divide into meal-sized portions in freezer bags. I’m not leaving you hanging with a bunch of cooked chicken in the freezer, though; I also have a handful of quick recipe ideas that take advantage of your bounty of chicken. When you have Slow-Cooker Shredded Chicken for Recipes tucked away in the freezer, you’re just moments away from a home-cooked meal! 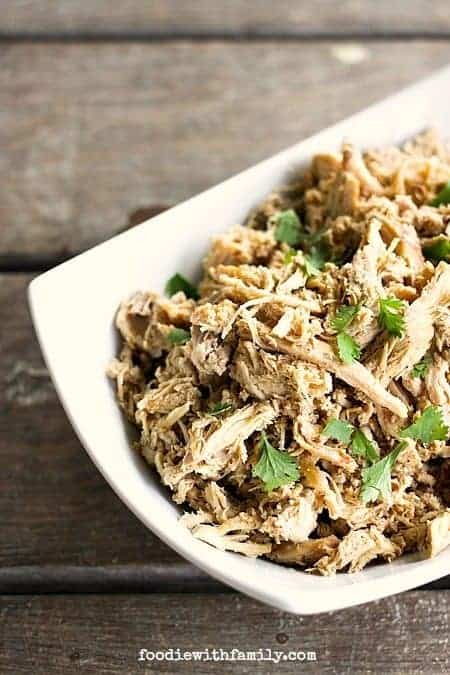 There really isn’t much effort involved in making Slow-Cooker Shredded Chicken for Recipes. It’s a recipe at its most basic; combine boneless, skinless chicken thighs with this and that in a slow-cooker and let it rip for 8 hours on low. At the end of 8 hours, remove the meat and shred it. Use part of it for the evening meal, and portion out the rest in meal-sized servings in freezer bags, squeeze the air out, seal, and freeze.

The magic of this recipe is not just in the fact that it’s about as simple as it can get, but also in the fact that there are almost infinite ways to use the chicken! Here are a few of our favourites:

I stuff this shredded chicken in all sorts of places. Despite being cooked with barbecue sauce, it’s pretty  much a garlicky blank slate. I have to know… How would YOU use a bunch of shredded chicken? 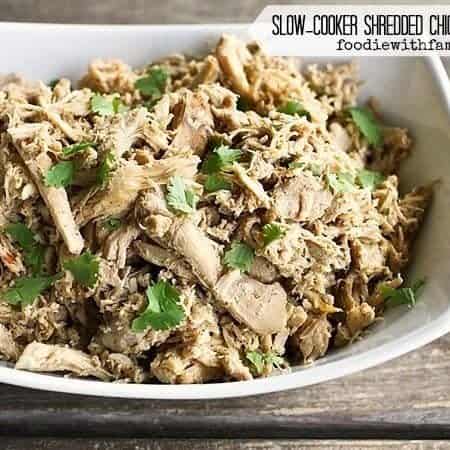