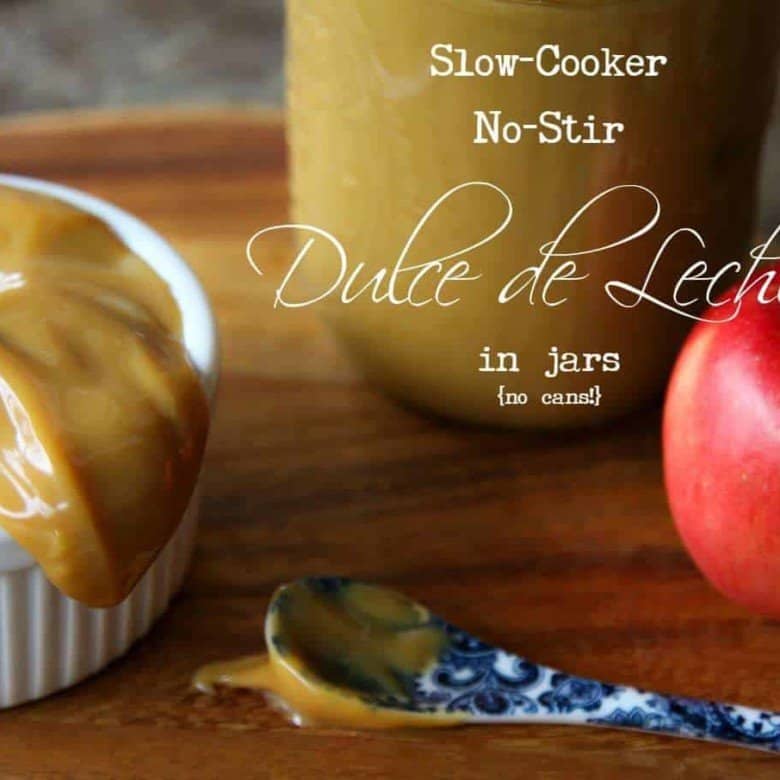 I remember the first time I heard about making dulce de leche from sweetened condensed milk in the can. I know you all have probably heard of it; put a can of unopened sweetened condensed milk in a pan, cover with water and simmer for 3 hours. Of course I had to try it. That was absolutely mandatory. I was blown away by the thick, sweet, utterly perfect caramel that came from such a lazy cooking method. Score and a half!

As time went on, I had a couple of concerns pop into my head about this method. There were people who had experienced exploding cans while simmering. Whether the water level had dropped too low or the pressure had been to great in the can or whatever, the fact remained that those cans EXPLODED. Eek. And as I gave it more thought, I was more than just a little bit concerned that whatever the lining of the can, it wasn’t intended as a long, slow-cooking vessel and might be leeching unpleasant things into my lovely caramel. The draw of making caramel that easily was pretty hard to resist, though, so I decided to make one using the same methodology, minus the very real explosive and less clear chemical risks…

I realized that there was an additional advantage to taking out and re-housing the contents of the cans of sweetened condensed milk beyond the lack of potential shrapnel and chemical mutation; I could infuse my caramel with flavours. I started with today’s variation and simply split and scraped a vanilla bean into each jar before filling with regular old sweetened condensed milk. A lid was screwed in place, the jars were positioned in my slow-cooker, water was poured to cover the jars by an inch, the lid was popped into place and the whole shebang cooked for 8 hours on low while I slept. When I turned off the slow cooker in the morning, I removed the lid and let the jars rest in the water until it returned to room temperature. A couple of hours later, when I could comfortably stick my hands into the water to pull out the jars (because you can be darned sure I wasn’t experimenting with one dinky little jar of heavenly dulce de leche. Go BIG!) I was rewarded by seeing a gorgeous brown Slow-Cooker No-Stir Dulce de Leche inside the jars.

I stuffed two jars (like I said, GO BIG!) in the refrigerator and opened the remaining jar to sample my wares. Perfect, thick, luscious, velvety, caramel was my reward. The boys grabbed from our freshly acquired bushel of Western New York’s best fall apples, I sliced, and we all dipped and dunked Slow-Cooker No-Stir Dulce de Leche until we couldn’t any more. Even the no fruit twosome happily put aside their usual aversions to lick vanilla-scented, creamy caramel from crisp apple slices.

Is this the perfect caramel apple dip? Oh my, yes. Don’t forget, though, that it’s also wonderful in ANY dessert calling for caramel or dulce de leche. Use as a filler between cake layers, cookies, on ice cream, stirred into hot chai or coffee or cocoa, or simply convey to mouth with spoon; whichever way you eat it, you’ll be so glad you did! 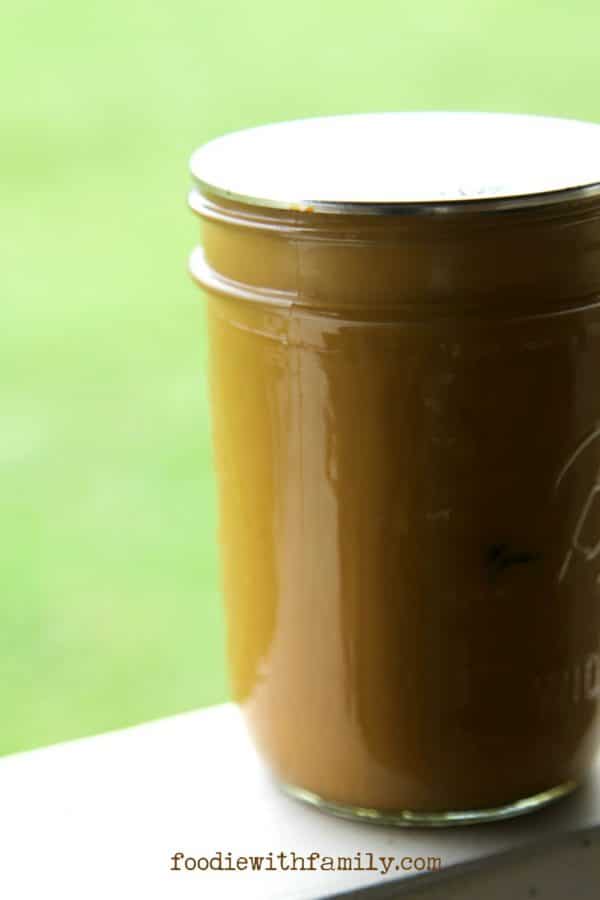 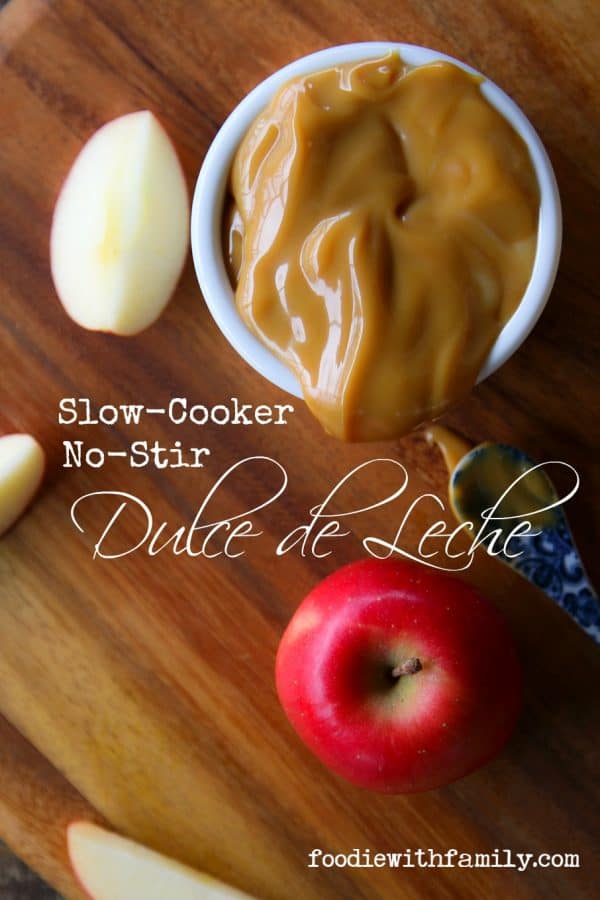 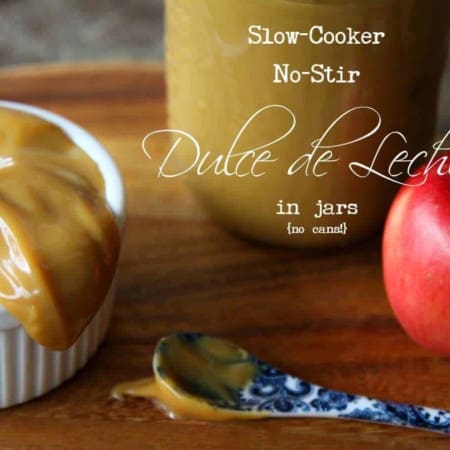 Rate Recipe Rebecca Lindamood
Prep Time 5 mins
Cook Time 8 hrs
Total Time 8 hrs 5 mins
Prevent your screen from going dark
Print Recipe Pin Recipe
Is this the perfect caramel apple dip? Oh my, yes. Don't forget, though, that it's also wonderful in ANY dessert calling for caramel or dulce de leche. Use as a filler between cake layers, cookies, on ice cream, stirred into hot chai or coffee or cocoa, or simply convey to mouth with spoon; whichever way you eat it, you'll be so glad you did!

Per Batch of Slow-Cooker No-Stir Dulce de Leche in Jars: