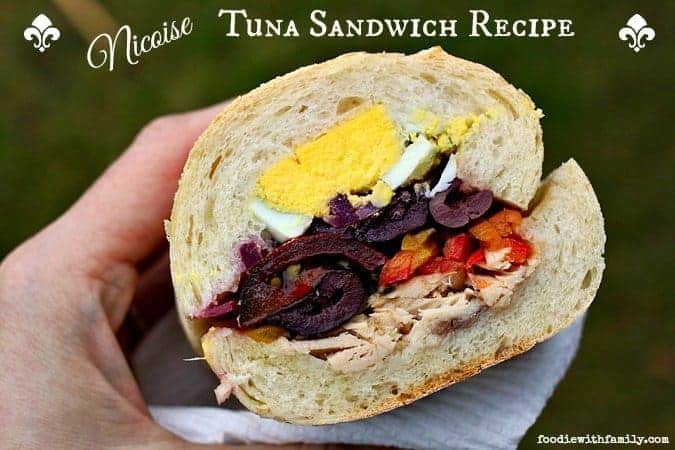 Have I told you before that one of the  “do-over” desires in my life is the school year I spent in France? The French people, culture, and countryside were beautiful. My school was wonderful. My friends there were great. “So what’s the problem?” you may ask… The problem was that I was a vegetarian while I lived there and therefore missed out on all the lovely, delicious, succulent sausages for which the region where I lived -Alsace- was renowned. Dangit.

I don’t put it in the regret category, however, because I ate more than my fair share of amazing French food. The bread? Yeah, that challenged my “Man cannot live by bread alone” notion. The cheese? Whoa baby. It was there that I acquired my life’s devotion to stinky, well-aged cheese. The fish? Well, let’s just say that while I was there I didn’t miss meat at all because if there’s any culinary field in which the French come as close to excelling as they do in bread and cheese it’s in the preparation of fish. The French are wizards in fish dishes.

The Niçoise Tuna Sandwich Recipe I’m sharing today is so very in keeping with the French preparations of fish that I remember so fondly that I feel instantly transported back to the French countryside. The effect sadly doesn’t extend to the size of my jeans which -despite having eaten my weight several times over in French pastries- remained significantly smaller during my tenure in La Belle France. Le sigh. 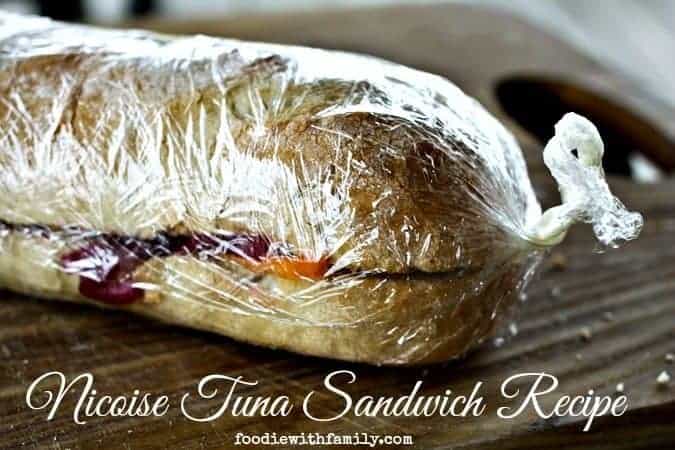 The beauty of the Niçoise Tuna Sandwich Recipe lies in the perfect balance of meaty albacore tuna, crisp-tender, sweet bell pepper strips, tangy pickled onions, briny-and-tiny Niçoise olives, and salty anchovy filets all tied together with a drizzle of olive oil and chopped hard boiled eggs on a chewy baguette. The whole package is compressed and wrapped tightly in plastic wrap and parked in the refrigerator, cooler, or picnic basket (accompanied by ice packs) for several hours. That gives you just long enough to do something très French; put your feet up and read or bicycle into the countryside to nap under a tree with your Niçoise Tuna Sandwich Recipe waiting for you for just the right moment. 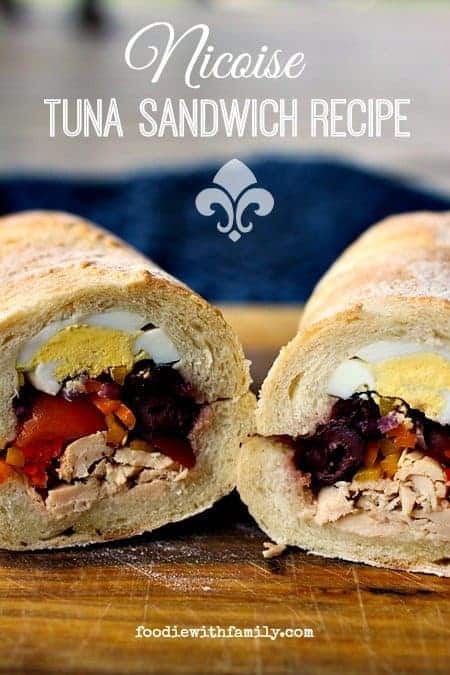 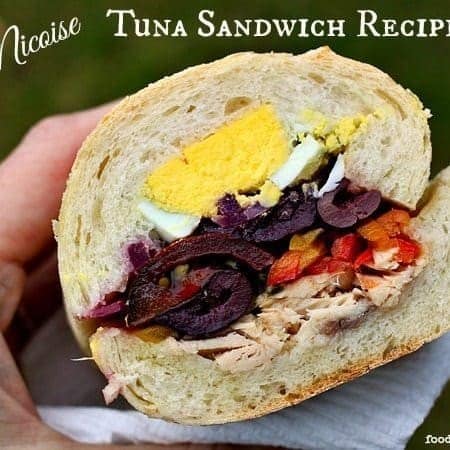