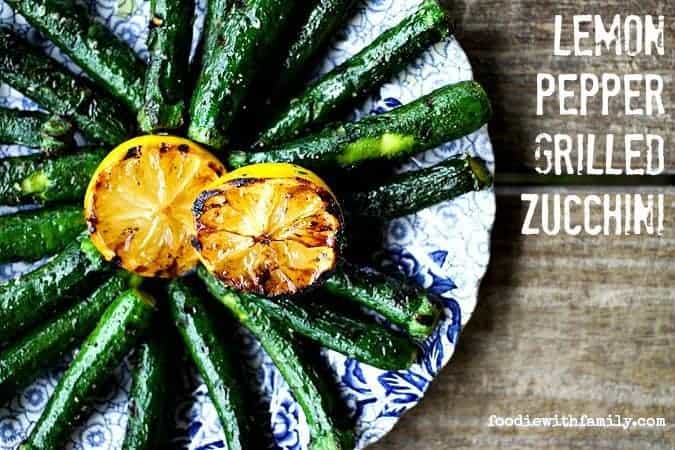 Simple side dishes that knock your socks off are as easy as 1-2-3 in the warmer months when fresh produce is abundant. This Lemon Pepper Grilled Zucchini is as wonderful and fast as it gets and makes use of a corner of the grill while you’re cooking burgers, chicken, fish, or other goodies.

Over and over again I’m reminded that my favourite foods are the ones I don’t have to fuss over much. I’m not saying that foodstuffs that require effort aren’t wonderful, but I’m saying that the ones that surprise me with their perfection are the ones that took five ingredients or less and just a couple of minutes. Case in point, today’s recipe for Lemon Pepper Grilled Zucchini. You start with baby zucchini, a halved lemon, olive oil, salt, and pepper. Grill it all up, pop it on a plate, and VOILÀ! Side dish bliss.

It’s perfect in its simplicity. Tossing the whole baby zucchini in olive oil, salt, and pepper leaves a little of each of those items in a bowl. A halved lemon is slid around in what remains then placed on the hottest part of the grill alongside the zucchini. Turn the zucchini a few times. Even the largest baby zucchini won’t take more than a total of five or six minutes. Transfer the works to a serving plate and -while serving- squeeze the charred lemon over the zucchini and prepare to have your mind blown.

There’s an alchemy that occurs when you grill lemons. The acidity abandons it leaving only a concentrated lemon sweetness that gives incomparable flavour to whatever in touches. I about licked the plate, friends.

While I served this dish with burgers, I would absolutely, positively adore it with grilled fish, chicken, pork or steak, too. Because of it’s ease and speed of preparation, it is ideal for summer entertaining. With what would YOU serve Lemon Pepper Grilled Zucchini? 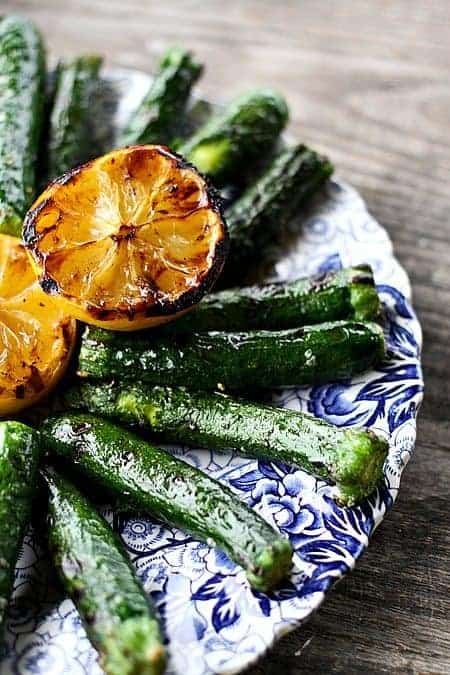 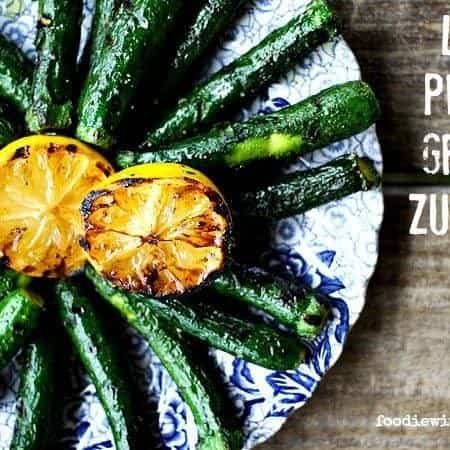