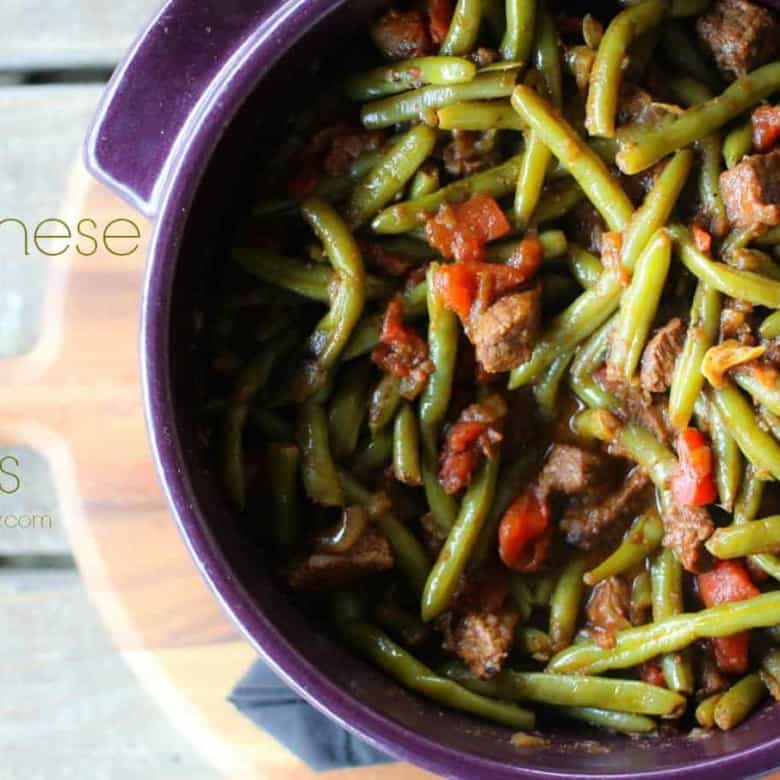 A year or so ago, my friend Liz told me about her favourite comfort dish from her youth: Lebanese Beef and Beans. A slowly cooked stew of beef, tomatoes, onions, and green beans fragrant with garlic and spices. Cinnamon, to be specific. Whoa. 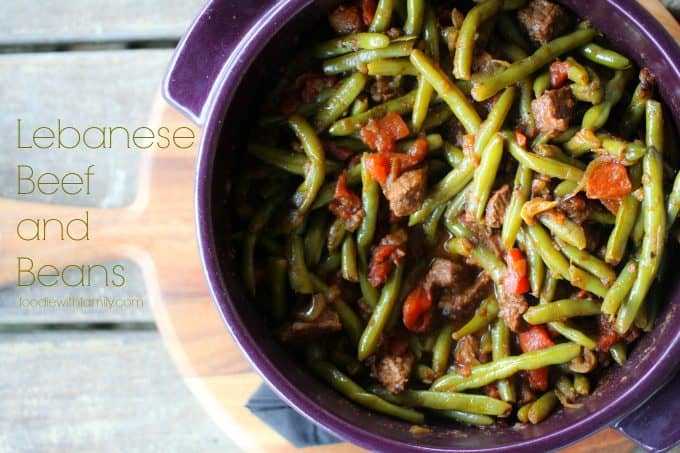 In the intervening year, this has become the go-to comfort food on the coldest days for my hubby and me. It’s the kind of food that makes you clap in anticipation of it.

There’s something magical about the way cinnamon plays with beef. The perfumed sweetness of the cinnamon matches so perfectly with the meaty umami of the beef. They elevate each other in ways that are just plain inexplicable unless you taste them. The sweet acidity of the tomatoes and the sweet power of the onions make it two or three or four steps more wonderful. It’s hard to communicate the comfort this dish delivers.

Think of it as the dish you anticipate coming home to -simmering on the stove top- from whatever services or activities you attend each weekend. You open the door and the scent curls around your face. “Come in! Get cozy and warm yourself!”, it seems to say, “Put on your comfiest clothes and grab a bowl!” It’s one of those dishes. 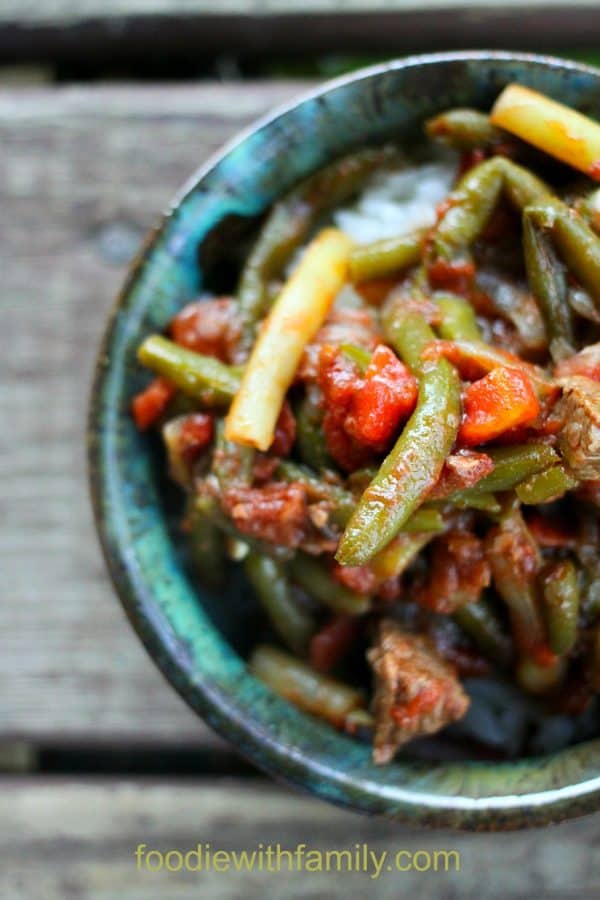 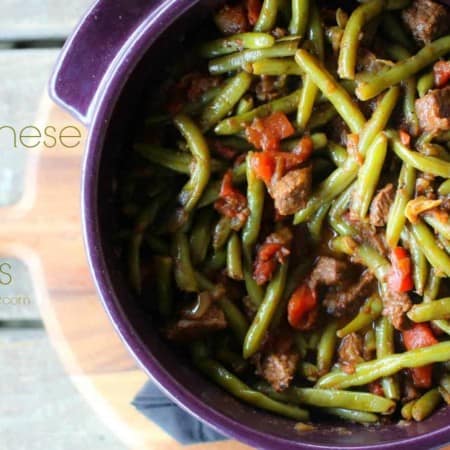 To Cook on the Stovetop:

To Cook in the Slow-Cooker: