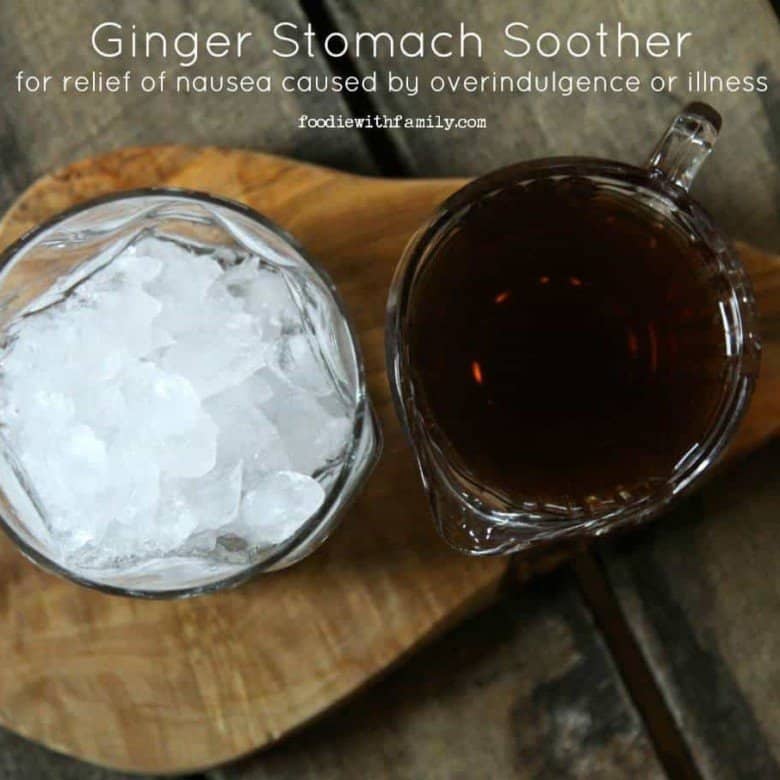 I don’t know about the rest of you, but I have every intention of overeating on Thursday. I plan on eating so much that my stomach will need a little comforting after the fact. Is it wrong? Perhaps. Will that stop me? Not for love nor money. I have a little trick up my sleeve, though, that I’d like to share with you today: Ginger Stomach Soother.

This strong ginger syrup is made ahead of time and can be mixed with fizzy, plain soda water (seltzer) or with still, tap water (if you prefer) and does a yeoman’s work of soothing my poor overwrought tummy. It’s not strictly a Thanksgiving saver, though… I serve this up any time our household’s stomachs are objecting in ways large or small. 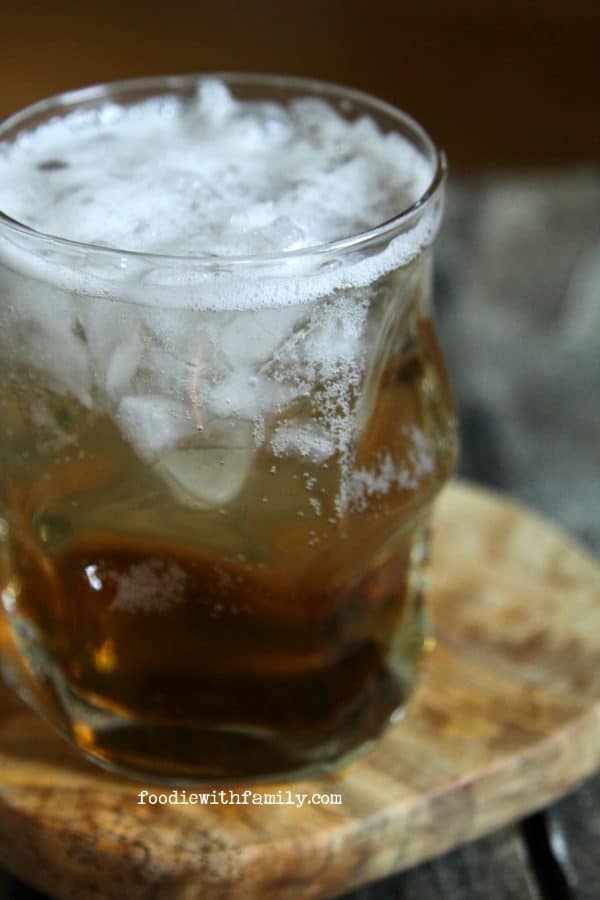 Ginger is known to help alleviate nausea and indigestion, whatever their causes. Mixing it with fizzy water gives you something of a ginger ale effect but it’s different in three important aspects. 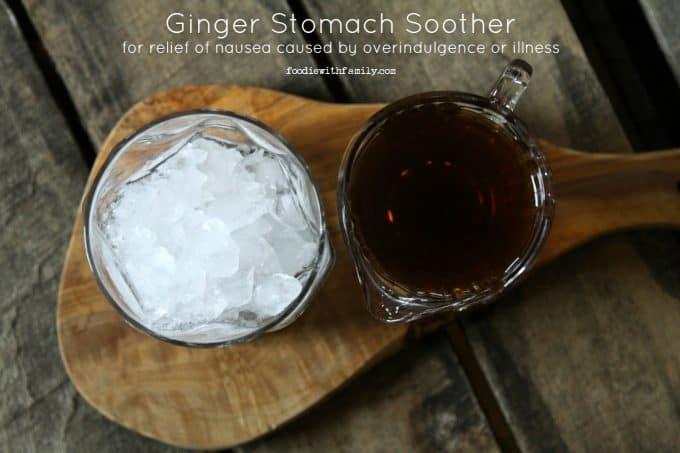 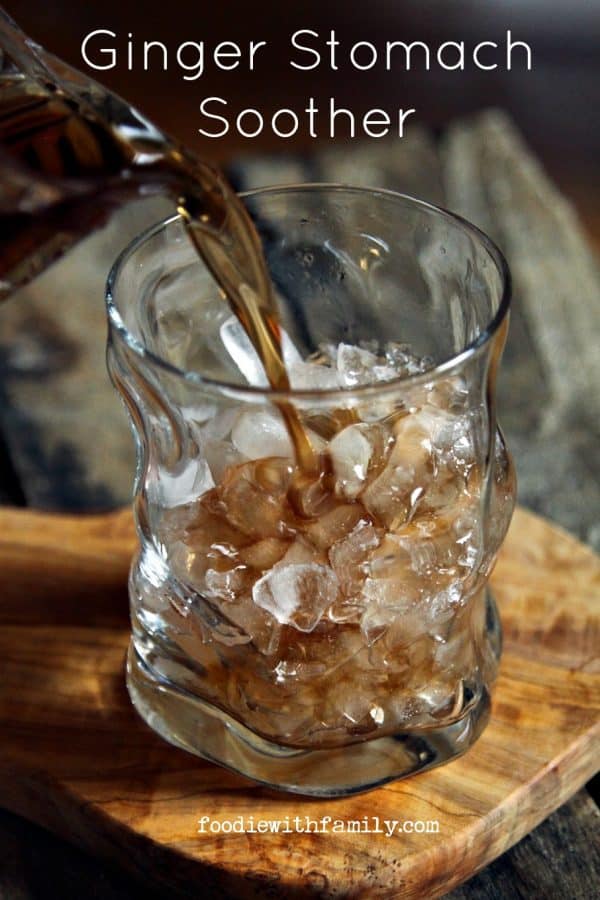 I prefer it mixed with fizzy water, but then I’m a bubble lover. And once your stomach is back to rights, you can use this same fizzy water Ginger Stomach Soother combo to mix up one mean Moscow Mule. 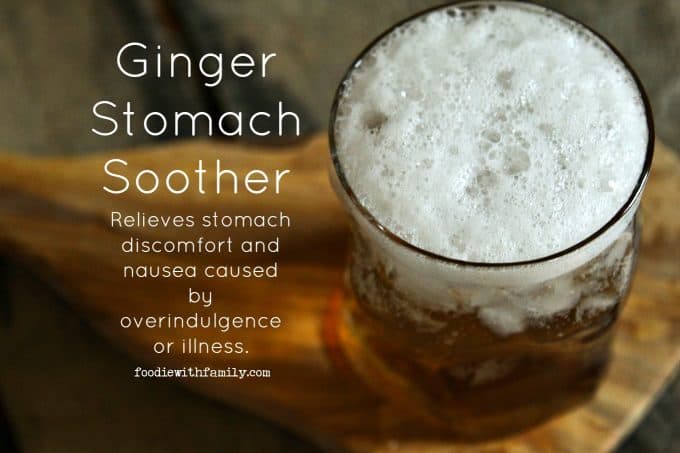 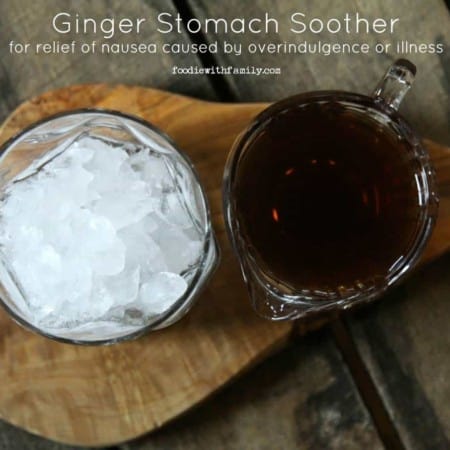 Print Recipe Pin Recipe Share on Facebook
his is my twenty sixth post in my commitment to post every. single. day in November for NaBloPoMo (National Blog Posting Month), or NaBlahBlahBlah as I prefer to call it. Follow the craziness all month as I share recipes, family anecdotes, and throw a couple of giveaways in for good measure!