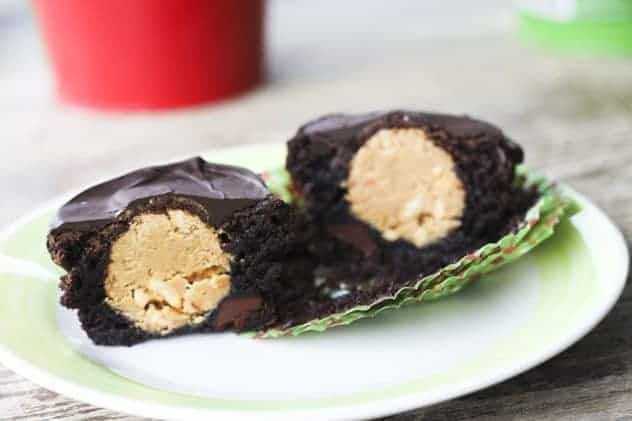 On Father’s Day, I told my husband I was making him a healthy dessert. Then he went fishing and I accidentally made these.

I guess that makes me a liar. But at least I’m a happy, belly-rubbing, satisfied liar.

I had a brownie mix that was rattling around in the cupboard for a long, long time. Usually, I’m a homemade  brownie snob, but the siren song of sales and a rare coupon put a box of Ghiradelli Dark Chocolate Brownie Mix into my cart and there it sat, languishing, on my shelf for just such an occasion.

The brownie mix caught my eye as I was shoving pantry items around and I figured I’d throw together a few brownies to have with our One-Ingredient Banana Ice Cream. I grabbed the box and in pulling it forward, a jar of peanut butter fell out and onto my foot. If that isn’t a hint from God I don’t know what is!

The next thing I knew, I was scooping the brownie batter into muffin tins, shoving peanut butter balls down into each one, adding more brownie batter and banging the whole pan into the oven. 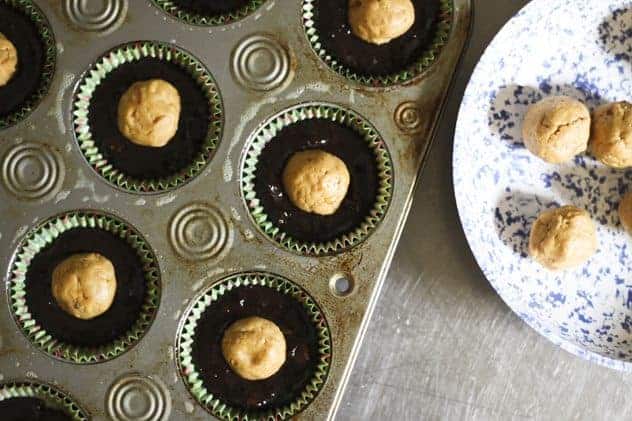 They came out of the oven looking like this. 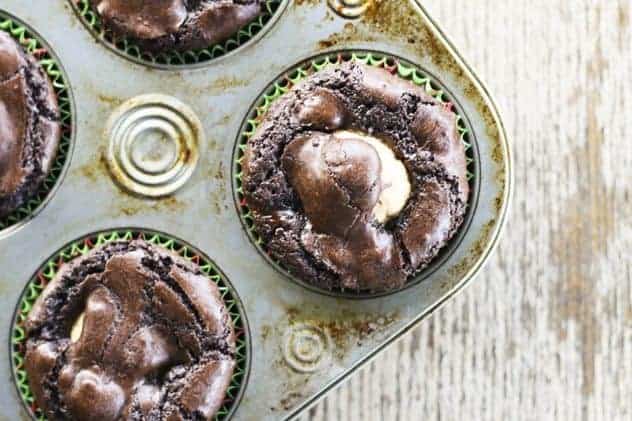 Then I went and did this. 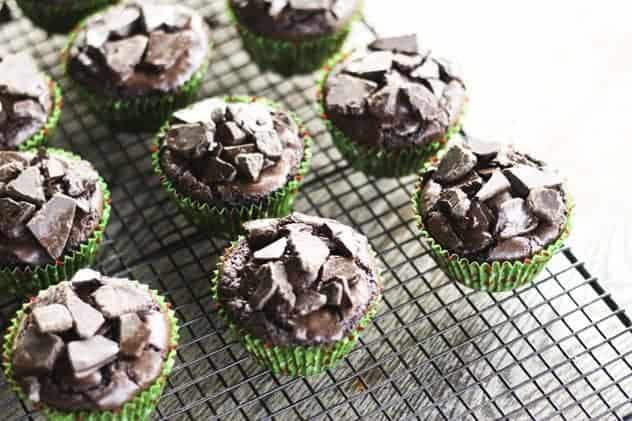 Those are dark chocolate chunks covering the tops of the hot brownie cupcakes. Yes, they are. When they melted, I gave them a little touch up with a butter knife. 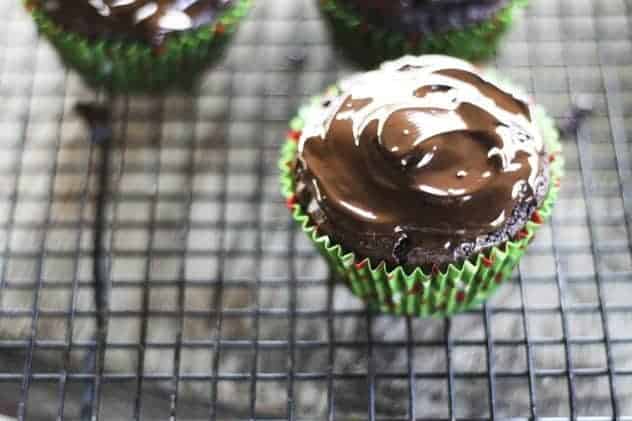 The only thing left to do after this point was wait for the chocolate to firm up. Did I wait? Well, I tried. I really did. Could you wait to eat a dark chocolate brownie cupcake that was stuffed with a creamy peanut butter ball and topped with melted dark chocolate?

Eat them warm for a messy, chocolatey, gooey treat that practically needs a spoon or wait until they come to room temperature and the chocolate firms up for a slightly tidier but no less indulgent brownie cupcake.