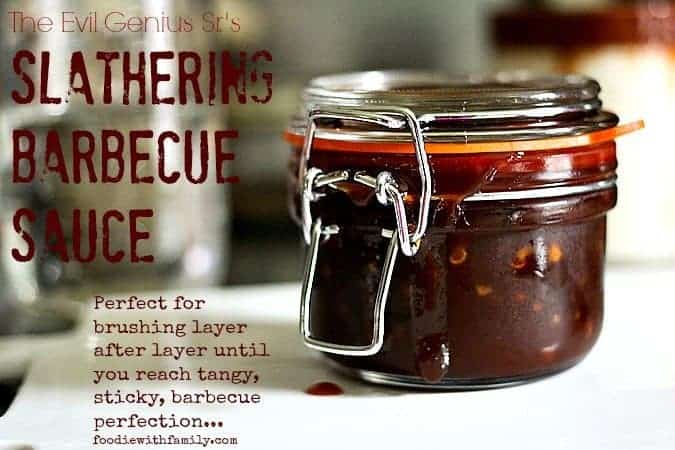 When it comes to barbecue sauces, I’m going to admit I have a bit of a neurotic streak. Big surprise, right? When I learned how easy it was to make my own all these years ago, it was hard to walk into a store and pay mucho deniro for the cruddy bottles of glorified ketchup they were selling. Honestly, the first or second ingredient in almost every single brand was high fructose corn syrup. GACK. And then, when higher end barbecue sauce became available, I still couldn’t pay for it because I knew how tasty my homemade stuff was. (There is one notable exception, and that’s the Dinosaur Barbecue Sensuous Slathering sauce, but I digress…)

Important sidebar: My husband recently went on a business trip to Georgia. While there, he was able to spend some time with his dad and eat a couple of meals at his home. His dad -a phenomenal cook- made two extremely memorable meals for him. One of grilled lamb chops and one of smoky ribs. My hubby, The Evil Genius, raved about the rub on his dad’s ribs. He raved about the SAUCE on his dad’s ribs. He raved. Naturally, I called his dad to ask for the recipe.

His dad explained that he usually makes a thinner, more North Carolina style sauce for his ribs, and rattled off his list of ingredients for me. He gave me quantities on four or so of the ingredients and told me to add the rest in the quantities in which I liked them. Yes, sir. I call that license to play with my food.

Because I intended to make the barbecue sauce for chicken, and I think of chicken as a job for more St. Louis style barbecue sauce (read: a stickier, more visible end product), I opted to alter my father-in-law’s sauce by omission; I left out the water. That is the ONLY change I made to his sauce and man is it ever good. It’s not stodgy and spreadable thick, but is instead the perfect thickness for brushing on and caramelizing layer after layer of tangy, sweet, slightly spicy, sticky sauce. In short, UHNNNNNNNNNNNNGH, it’s good. 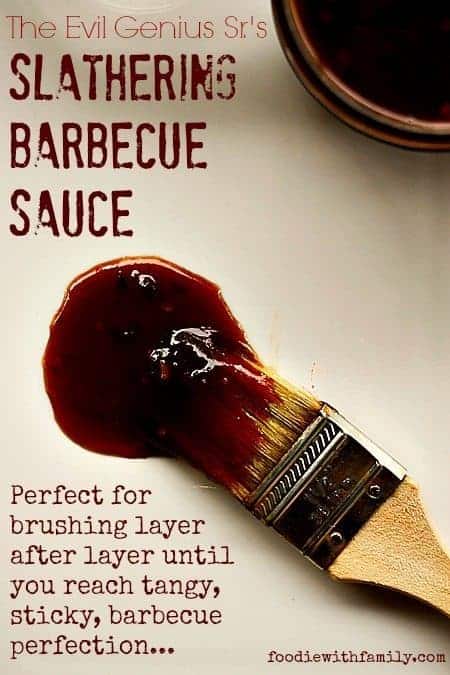 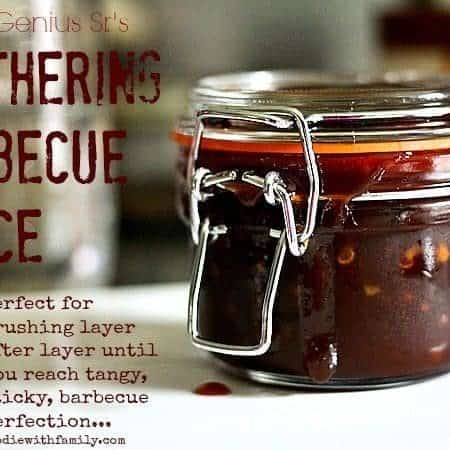