For as long as I can remember, I have been nutty over cucumbers; cold, crunchy, refreshing cucumbers. I like them just about every which way I’ve had them. I can’t say the same is true of onions. I thought I didn’t like them for a long time as a kid. In fact, I can remember the first time I ate an onion and realized that I really DID like them. It was when my mom made a summer salad of cucumbers, raw onions, and homemade Ranch dressing. I went bonkers over it. The cucumber and onion combination just speaks to me. Maybe it’s saying, “You have dragon breath. Go home.” I don’t know, and I don’t care. It is just delicious. While looking for an idea to top some fabulous tacos I had in the works, it occurred to me that I should try a simple salsa of two of my favourite crunchy ingredients, and so was Cucumber Sweet Onion Salsa born. 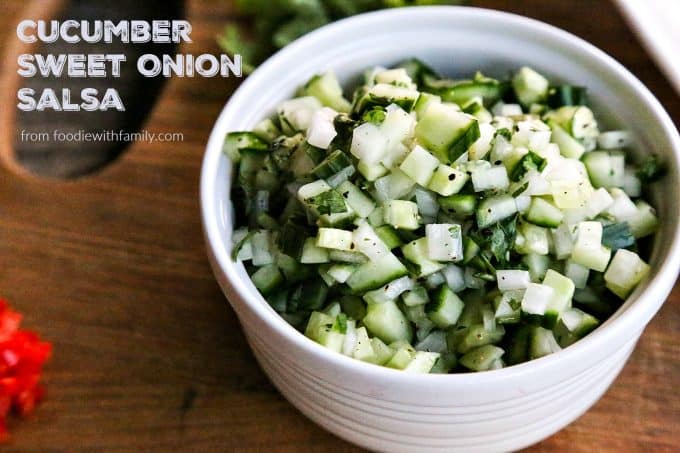 Cucumber Sweet Onion Salsa is a classic example of simplicity yielding some of the tastiest results in the kitchen. It was as easy as an English cucumber and a Vidalia onion diced into tiny cubes and tossed with cilantro, salt, pepper, and fresh lime juice. The result, though, was a fresh, crisp, cooling, salsa with the raw onion bite tempered by tangy lime juice. In short, it was the perfect taco topper. When the tacos had all been eaten, we carried on eating the Cucumber Sweet Onion Salsa on tortilla chips. Then later that evening, I just plain ate it with a spoon. 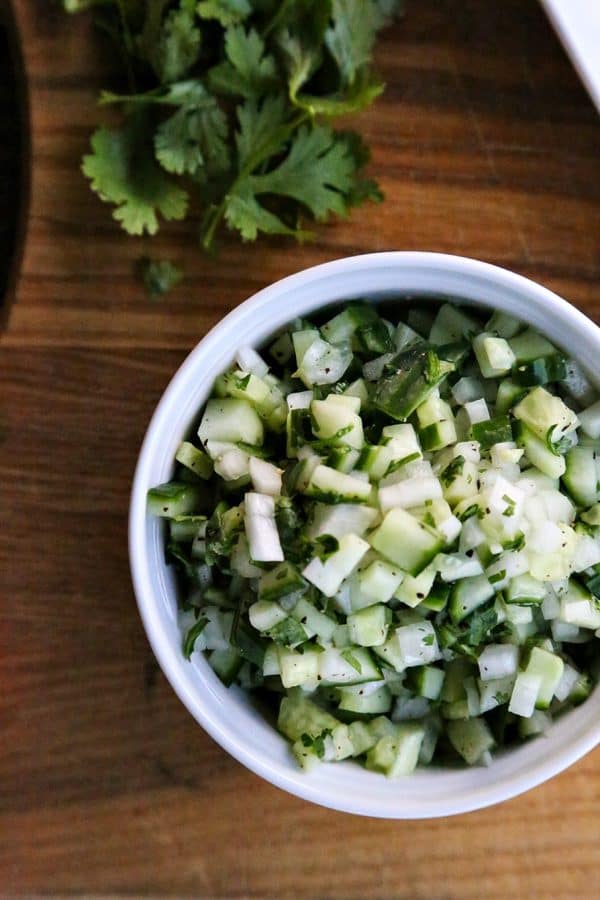 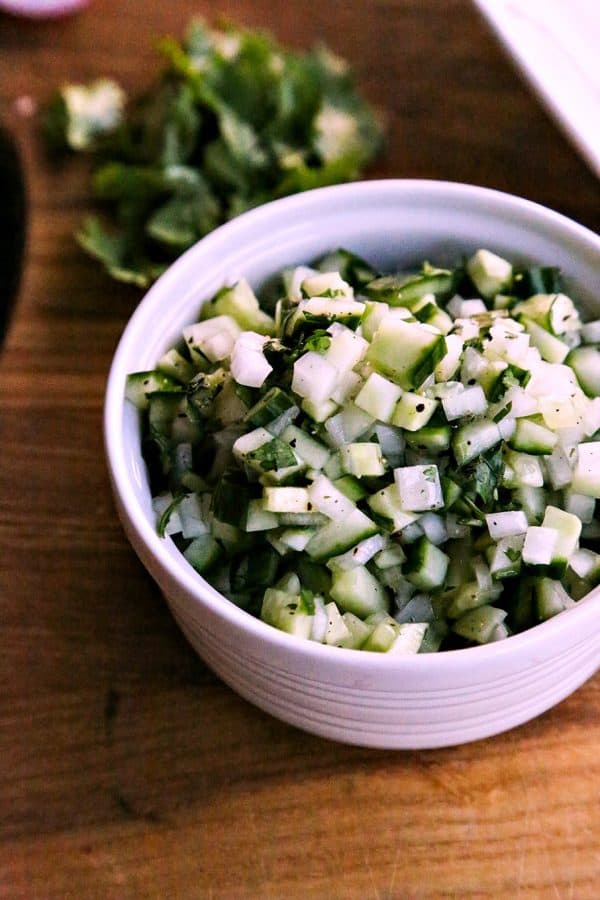 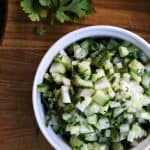 Crunchy, refreshing, cooling salsa made of seedless cucumbers, sweet onions, cilantro, and lime juice. As easy as it is fresh and tempting!
Author Rebecca Lindamood