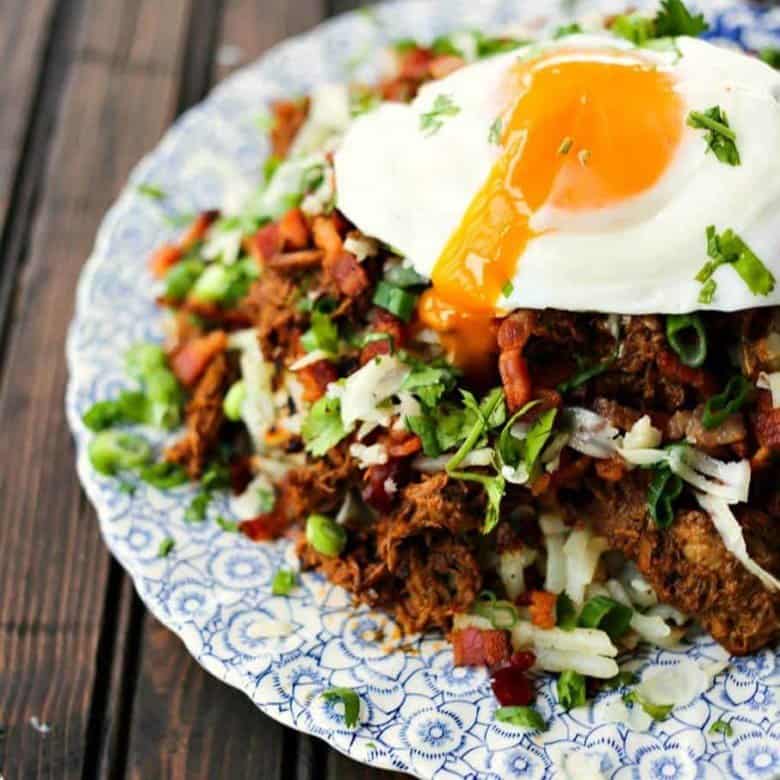 A couple of weeks ago, I got to spend the weekend in Phoenix, Arizona at the home of one of my best buddies (who also happens to be a blogger) with a bunch of great bloggers for a weekend of picking each others’ brains, sharing blogging strategies, and cheesemaking. Having that many food bloggers in one place, you might think we also ate a lot. You’d be thinking correctly. Our collective favourite of the weekend was Snooze A.M. Eatery: a brunch-only restaurant. The line for a table snaked around the parking lot. We put our names on the list and did a little shopping while we waited. When we finally got our table, we ordered nearly everything on the menu to get a better idea of why they were so popular. In short? It’s because all of their food is awesome. Of everything we sampled,  though, one stood out as a clear winner for the whole group: The Spuds Deluxe. Snooze’s menu describes the Spuds Deluxe as being “A heaping portion of our hash browns, covered with melted cheddar & jack cheese, scallions plus choice of two fillings. …Soooo good with a cage free egg or two.” We ordered our serving of Snooze Spuds Deluxe with beef barbacoa, bacon, and a fried egg because “PUT AN EGG ON IT” is my life motto at this point.

As I ate my way through my friend’s plate (because she was the smart one who ordered the Snooze Spuds Deluxe), I knew I couldn’t wait ’til I was in Phoenix again to have one of these glorious piles of delicious brunch brilliance. Within two days of being home, I had already started nailing down my beef barbacoa recipe so I could make Copycat Snooze Spuds Deluxe. 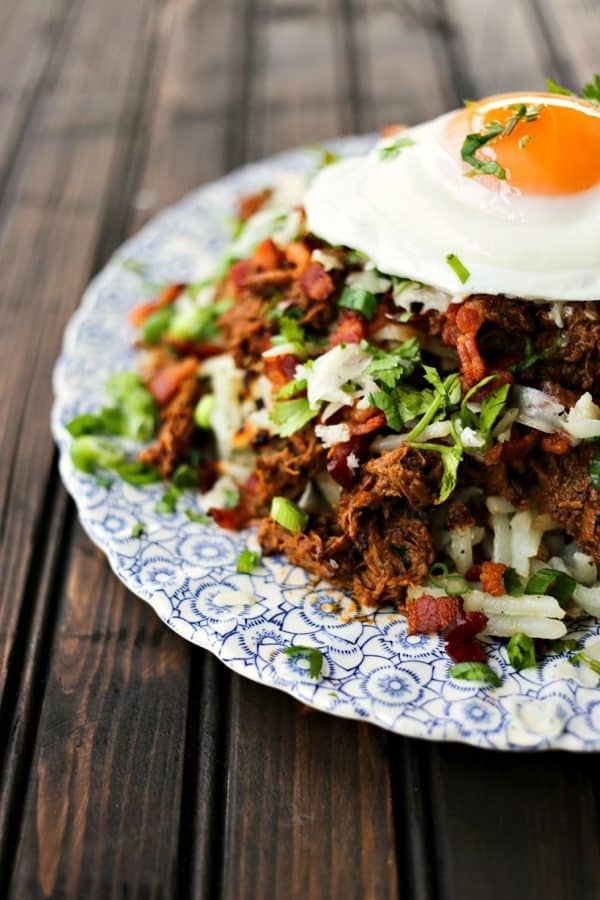 Happily, the process was a speedy one, and before I knew it, I was plunking a plate of Copycat Snooze Spuds Deluxe onto my table in front of my menfolk’s happy, bugging-out-of-their-head eyes. 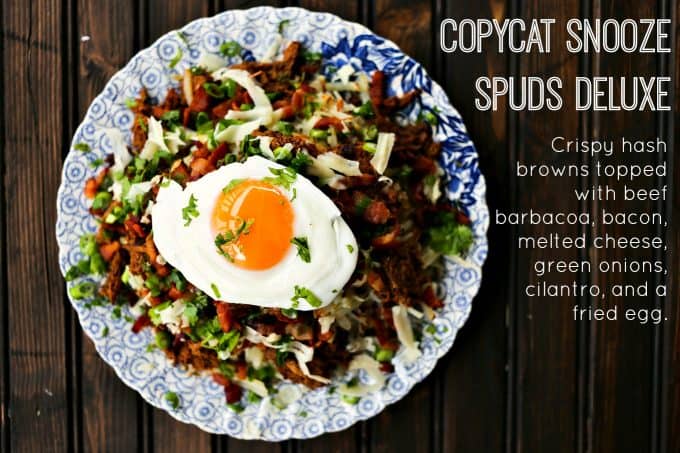 Their reaction to the Copycat Snooze Spuds Deluxe was much as I expected, so it was a good thing I had already started another skillet full of hash browns because… 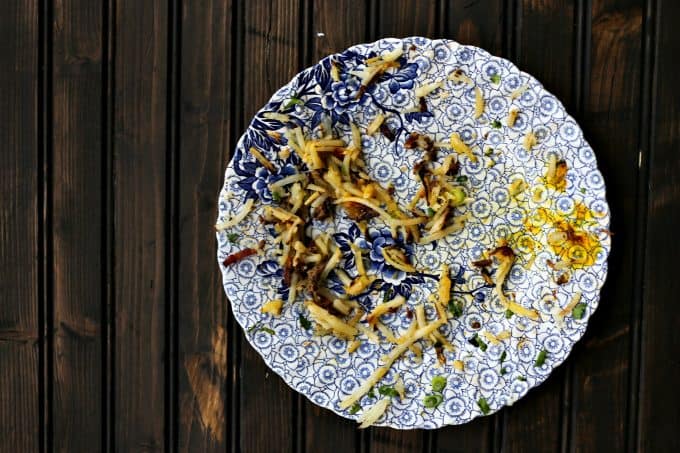 …this is what was looking at me by the time I got a fork in my hand. Buncha animals. They’re just lucky they’re cute and that I had more hash browns or it could’ve gotten ugly. 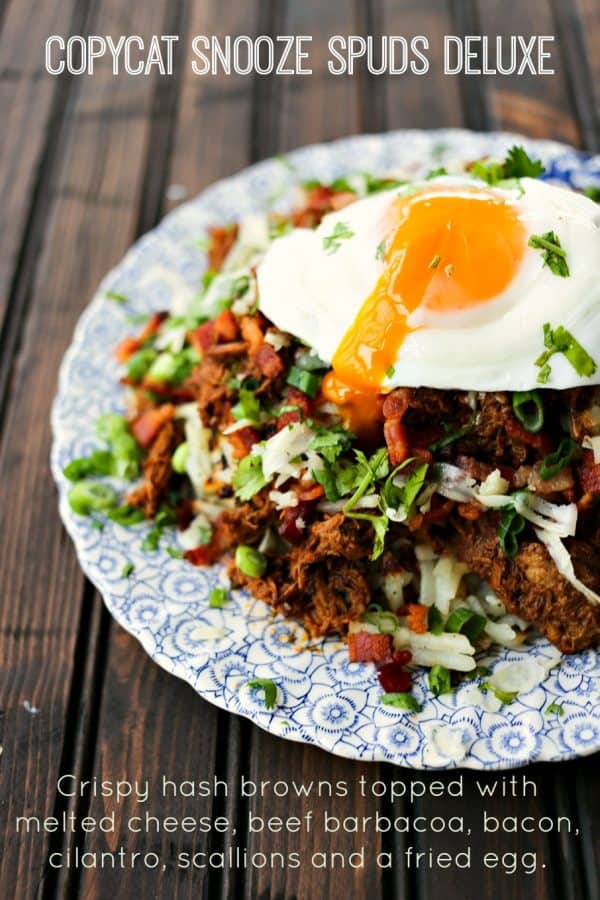