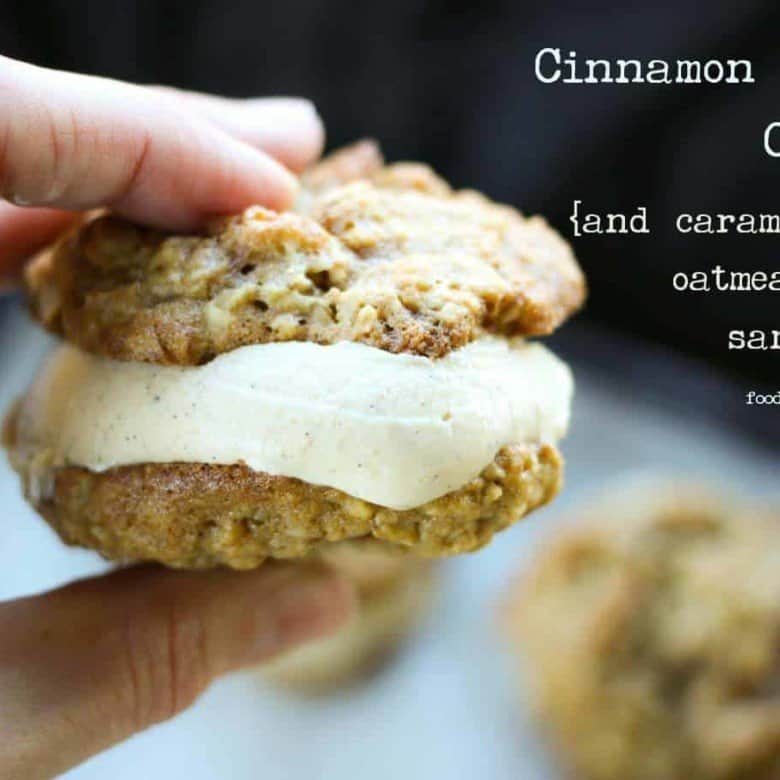 The world of ice cream possibilities is vast and creative, but among all that bounty, I love frozen custard the most. It’s richer and smoother than any other ice cream. That extra indulgence comes courtesy of lots of fat and egg yolks in the custard. The super silky and creamy custard pairs beautifully with the gentle sweetness and warmth of cinnamon. You get a double dose here from infusing the custard with a cinnamon stick and then stirring in ground cinnamon at the end. The result is Cinnamon Frozen Custard; wonderful in a bowl, on a cone, or accompanying any number of fall or winter desserts. One bite and my hubby declared, “This BELONGS on an apple crisp!” While he is undoubtedly spot on, and my plans for the immediate future include making myself a single serve apple crisp and hiding in my bedroom with a dollop of Cinnamon Frozen Custard on it, my first move was to put it between two Caramel Apple Oatmeal Cookies after my friend Mary suggested it.
Um. 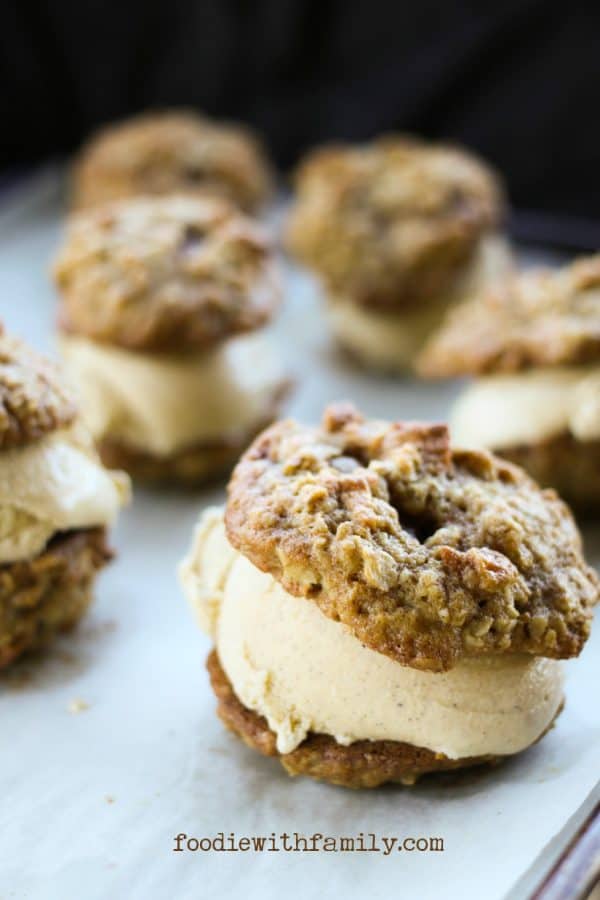 What can I possibly say about these except Uuuuuuuuuuuuuuunghhhh. *thud* There’s very little doubt in my mind that this isn’t a Weight Watchers/Paleo/Atkins/South Beach/diet-of-the-year approved recipe. That’s fine by me. 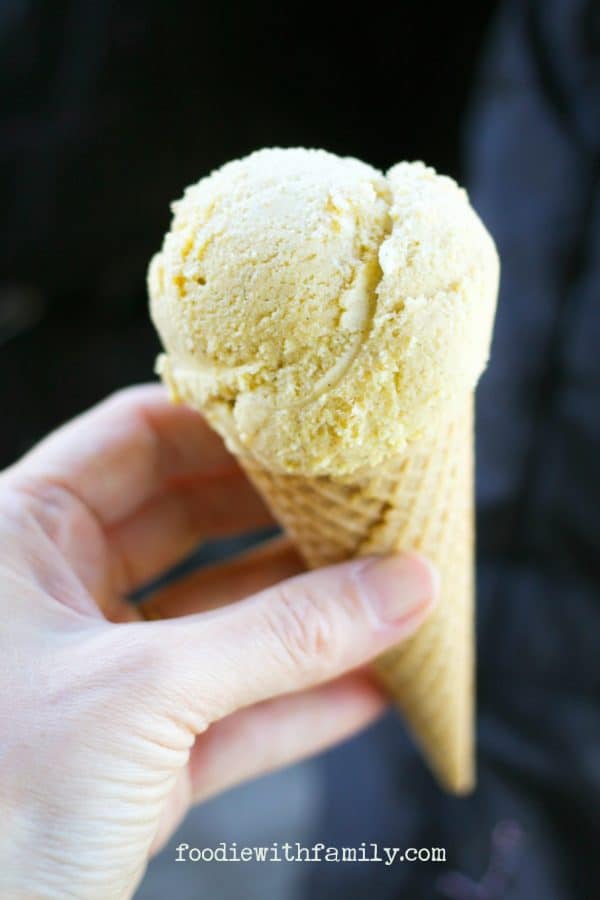 I know it may sound like a whole lot of work (making a custard, chilling, freezing, making a batch of cookies, cooling them, successfully not eating them all…) for one little ice cream sandwich, but I tell you it is worth it. 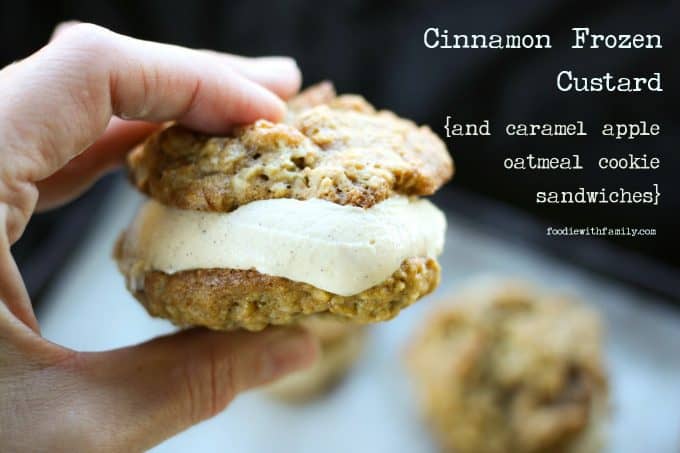 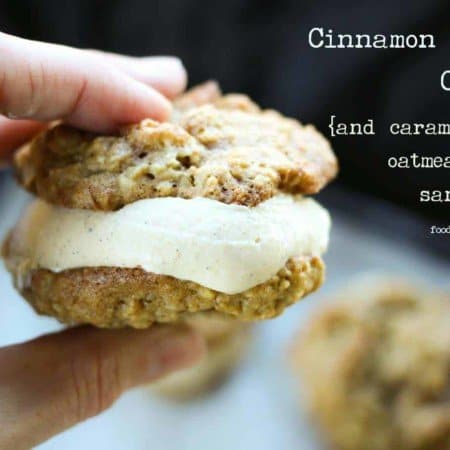