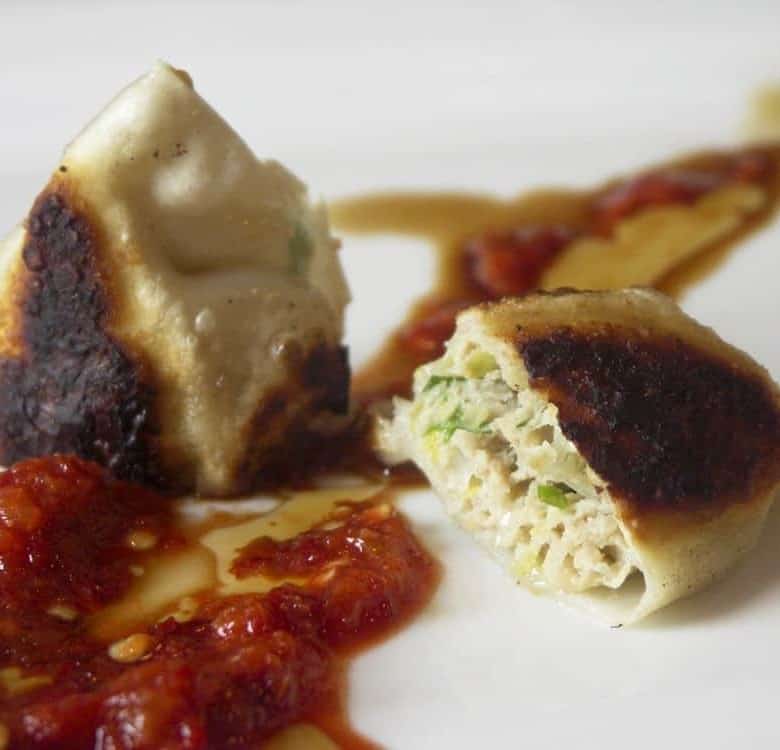 Tradition;  that inexplicable tie that binds across generations. It’s the only reasonable way to explain an entire nation of people roasting turkeys on the fourth Thursday of November and grilling on the fourth day of  July.

Without it we would be hard-pressed to justify hundreds of people gathering annually in a tiny town in Pennsylvania on the second day of February waiting excitedly for a little ground-dwelling mammal to emerge from its burrow.

Tradition isn’t only defining on a grand scale. Whether we accept or reject tradition forms a large part of how people view us and how we view ourselves. Traditions are like a collective cultural memory.

Much more personally, though, traditions are the source of many of our most memorable family moments; weddings, funerals, Christmases, Independence Days, Thanksgivings, Easters… all spent in gathered around the table with loved ones.

When The Evil Genius and I started dating seriously (as opposed to when we were dating humorously), we carried on a tradition from his family; weekly dinners at Kam Wah Chinese Restaurant in Penfield, New York. The Lindamood Viking Horde had been going there since my husband’s junior year of high school. Considering the fact that he had established his Evil Empire long before I met him, you can imagine there was some lapse of time there. The Evil Father-In-Law was good friends with the restaurant’s owner, Mr. Wong. (a.k.a. Uncle Wong.)  Uncle Wong and his staff welcomed me as a part of the Lindamood Horde and treated me to off-menu items like Vicki’s Dumpling Dipping Sauce and his own private stash of homemade kimchi. As the years passed, we celebrated our engagement there; ate our first post-honeymoon dinner there; ate there the night we learned we were pregnant for our first child (and second, third, fourth, and fifth child…); celebrated buying our first home, and generally ate there every time we wanted to treat ourselves or impress someone we were taking out to eat.

We took our whole family to eat at Kam Wah’s on a semi-regular basis. As we added more kids to our brood, our ability to dine out diminished, but we got up there after each baby was born. Uncle Wong would insist that we eat unencumbered and would carry the babies around and show them off while we dined. The wall by the cash register bore pictures drawn by and photos of my children. In short, we were in.

Then one fateful day two years ago The Evil Genius told me that his brother, The Slightly-Less-Evil Lewis, called to say he heard Kam Wah’s had been closed. I was sure he was wrong and told my husband so while frantically dialing Kam Wah’s phone number. No answer. I called again. No answer. I called again. No answer. At this point, you might consider my behavior stalking, but wait. There’s more! I sent my husband forty minutes out of his way on his morning commute to check the restaurant. He reported back that it was locked up, the lights were out and there was a sign on the door explaining that it was closed. I went into shock.

I called The Evil Father-In-Law in Florida who was, likewise, shocked. He called Mr. Wong’s home phone. It took us two weeks to find out that Uncle Wong had closed the restaurant for the most ridiculous of reasons. He was old and wanted to retire. Pshaw. Unkind! He hadn’t told any regulars because he didn’t want us to try to talk him out of it. I wanted my potstickers with Vicki’s sauce, House Special Soup with deep fried filled wontons floating in it, pork shreds in garlic sauce (extra broccoli, please!), and sesame beef (extra crispy, please!) with a bowl of Uncle Wong’s kimchi. My kids wanted the little paper umbrellas and bags of sweets that Uncle Wong sent home with them after every visit. And The Evil Genius wanted Szechuan beef and shrimp (extra spicy, please!) and the restaurant that had been a part of all the major events of his adult life. And we didn’t even get a chance to lobby Uncle Wong to change his mind. (I had persuasive lines to use, too. How about this one? “Retire? You can rest when you’re dead! I want my dinner!”)  No dice. He stayed retired and Kam Wah’s stayed closed. And I stayed hungry.

In the past two years, after completing four of the five stages of grief over the closure of my favorite restaurant I’ve finally reached stage five; acceptance*. And with acceptance comes desperation. I needed the food more than anything else. The hunt for the perfect potstickers began in earnest. (To my mind, the one food more than any other that I associated with Kam Wah’s was and is potstickers.)  I tried every brand available at our local (and by local I mean an hour and a half away) Asian foods market. They were good, but they weren’t just right. I am too stubborn to settle for okay.

*My version of acceptance anyway. In this version, I acknowledge that Uncle Wong has retired and I accept that he could still change his mind at any time and reopen the restaurant. That works, right?

Potstickers fill my dreams because of their perfection; steaming hot, crisp-bottomed and soft-topped dumplings filled with moist gingery, garlicky meat and flecked with tiny bits of Chinese cabbage and scallions. When served over chili-garlic sauce, soy sauce, and sesame oil or laying on a bed of Momofuku’s Ginger Scallion Mother Sauce, there is no food more satisfying in all of the world. Salty, crispy, meaty, garlicky, gingery, scallion-y, they are the ultimate in umami.

I could say I slaved over this recipe trying bazillions of different combinations, but I won’t. (And I will now proceed to contradict myself from three paragraphs ago.) This one is close enough to the flavors I remember of Kammie’s dumplings that I don’t mess too much with it. I make small alterations each time I make it, but I’m moving incrementally toward perfection. This particular combination is as close to the Kam Wah recipe as I have ever gotten. I suspect they used all ground pork with a little minced shrimp in there, but I haven’t gotten around to that attempt yet. And in the meantime this recipe is great. It’s delicious. It’s everyting a dumpling should be (shy of being made by the chefs at Kam Wah.)

This Chicken and Pork Potsticker recipe allows me to put into motion another tradition I’ve been meaning to start-  Chinese food on Christmas Eve. This tradition I borrowed from our dear friends, the Wilsons. Every Christmas for as long as I’ve known them they’ve had Chinese takeout on Christmas Eve. This is a tradition behind which I can firmly plant myself. But seeing as there is a dearth of decent Chinese food in Amish country, I’m on my own. The food has to be made by me or it won’t exist at all.

One of the beautiful things about making the potstickers is that you can prepare the dumplings ahead of time and freeze them. You pull just as many as you’d like from the freezer, heat the pan and fry the little beauties to perfection all in under ten minutes. If that doesn’t make it the perfect prelude to a night filled with present wrapping and stocking stuffing then I don’t know what does!

I told my kids they’d get cooler presents this year if they left out a plate of potstickers instead of cookies. Hey, Santa baby. Check these out!

Lay green onions on the cutting board. If you have onions with large bulb ends, you can cut them in half lengthwise before slicing to insure you have small enough pieces. Slice the green onions thinly on an angle.

Set the onions aside.

Mix together pork, chicken, garlic, ginger, soy sauce, sesame oil, and fish sauce with your hands until everything is evenly distributed.

At this point, I usually pull about a cup of filling out for the anti-vegetable crowd around here.

Add the cabbage and sliced green onions to the pork mixture and thoroughly combine until evenly mixed.

Have you ever bought dumpling wrappers? This is what the packages look like at my favorite market.

Mound 1-1/2 teaspoons of the filling into the center of a dumpling wrapper.

Moisten a finger tip in the cornstarch and water mixture then rub along the edge of the dumpling skin.

Pull both sides up -like a taco- around the filling and pinch together the excess dumpling skin.

Try to squeeze as much air out of the dumpling as you can while you firmly press together the sides. Squeezing the air out keeps them from bursting while cooking.

It will look like a pierogy at this point. This is proof that every single decent ethnic food features a delicious stuffed dough type thing. Pierogies, potstickers, ravioli… Need I go on?

When it is completely closed and sealed start in the center, pull and fold a pleat of the pinched dumpling skin toward the middle. Pinch firmly until it sticks.

Continue by forming two more pleats on that end of the dumpling.

Repeat in the opposite direction on the other end. Place finished dumpling on a cookie sheet.

Make as many dumplings as your filling and wrappers will allow. You can freeze the dumplings on the cookie sheet then transfer to a zipper top bag in your freezer if desired or you can cook them immediately. You can also tightly wrap and freeze any leftover filling or wrappers for your next round of dumpling making.

To Cook the Dumplings:

Pour one tablespoon of neutral oil (Canola, Vegetable, or Peanut) into a heavy non-stick skillet with a tight fitting lid. Place the pan over medium high heat. When oil is hot, swirl the pan to coat the bottom. Place several dumplings in the pan taking care not to crowd the pan.