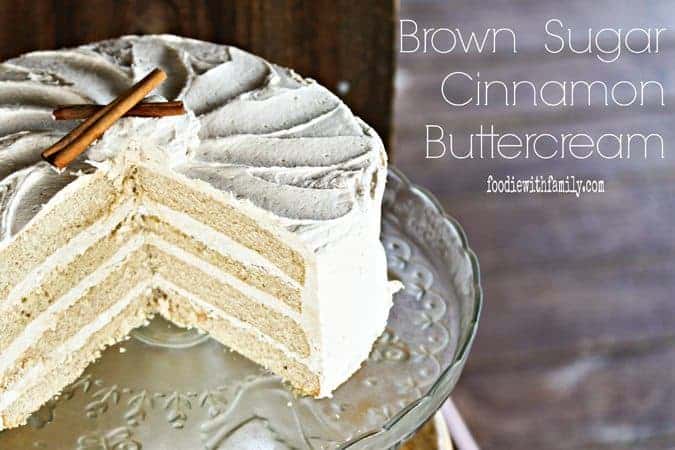 What is it about a cake that makes you go back for more? If you’re like most people, it’s the frosting. My husband is one of the only people I know who actually scrapes frosting OFF of cakes and eats the cake only. Mostly.

I say mostly because the frosting (or icing, depending on your geography) you see in that picture above is one of the only ones he eats with enthusiasm. We’re talking about Brown Sugar Cinnamon Buttercream Frosting Recipe, folks. You’re looking at something that is quite possibly the most indulgent frosting that can possibly be made. It makes a seriously abundant amount: enough to frost a large layer cake QUITE generously or a double batch of cupcakes or a bunch of cookies and still have a couple of spoons full left for snitching to boot.

This isn’t your average buttercream, and it makes me wonder if that’s why my husband loves it so. Brown Sugar Cinnamon Buttercream Frosting Recipe is flecked with crunchy little bits of brown sugar and is fragrant with sweet cinnamon making it a stand-out in the frosting/icing/what-have-you field. It absolutely belongs on my now-classic Snickerdoodle Cake, but it’s also beyond perfect on white cake and makes a unique and welcome change from the norm when used to frost a carrot cake. Maybe ‘crunchy sugar bits’ and ‘frosting’ aren’t normally something that would be thought of as a great pairing, but once you’ve tried it, I think you’ll agree; it’s just so darned good. 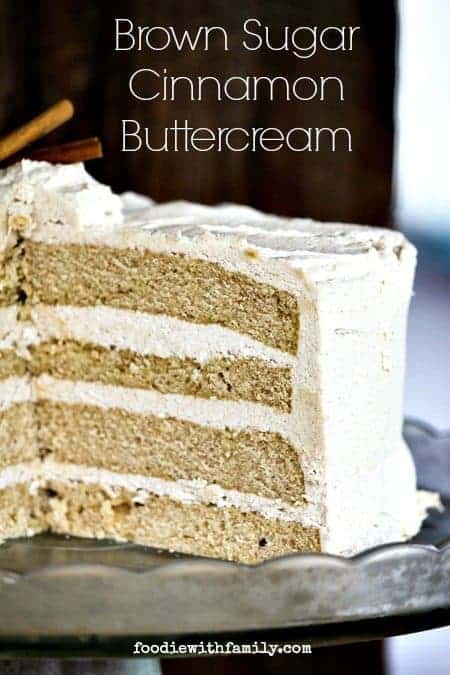 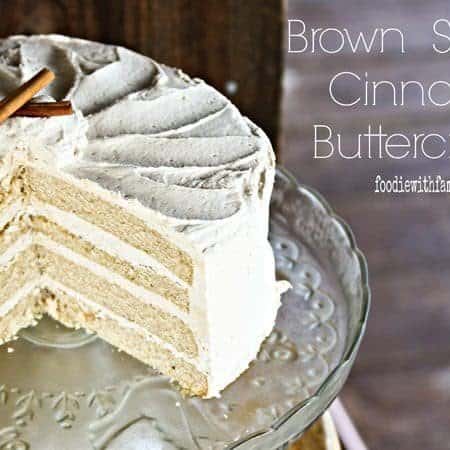 To Make the Buttercream: