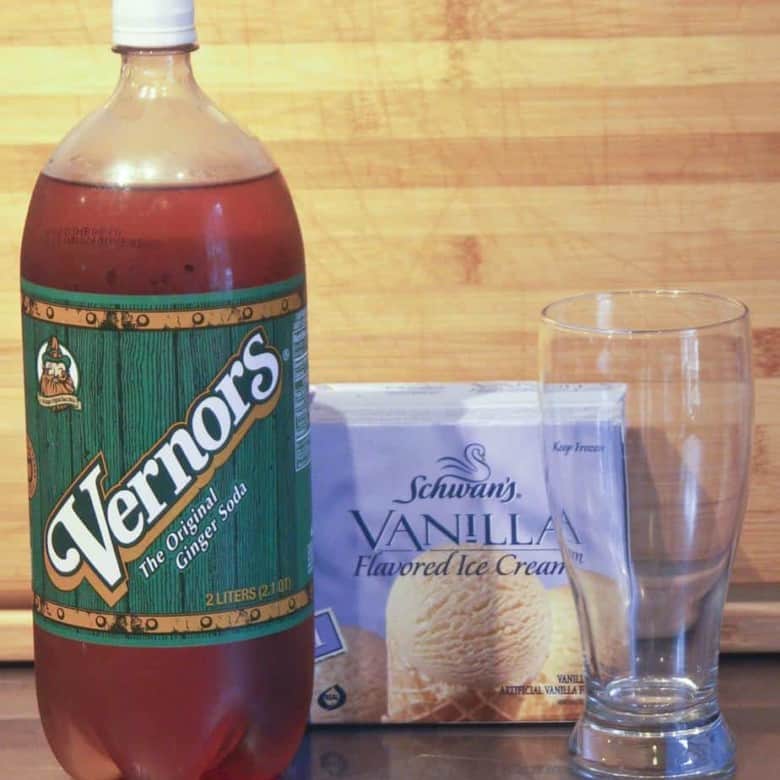 Boston Coolers are an iconic Michigan dessert. Yes. I am aware it’s called a Boston cooler but its origins and popularity have nothing whatsoever to do with Boston, Massachusetts. This perfect combination of Vernor’s Ginger Ale and vanilla ice cream hails from the Boston Boulevard area of Detroit, Michigan; another Michigan icon. And since that glorious elixer Vernor’s, the oldest surviving commercial ginger ale in the United States, was also conceived in Detroit, I guess that makes the Boston Cooler ‘Pure Michigan’. (Wink wink. Hey Michigan Tourism Bureau. Take note. I am willing to work for Vernor’s. Thank you.)

This brings me to a very important point; why is Vernor’s so special? Leave aside for a moment that it’s aged in oak barrels (let’s see Canada Dry and Schweppe’s try that shall we?) as well as the fact that it was created before the American Civil War and has been sold continuously since. Vernor’s just plain tastes better than any other ginger ale on the market. It has kick in more ways than one;  it tastes more like a ginger beer than what we think of as ginger ales these days and it is seriously carbonated. When we were kids, we learned to be very careful with those first few sips of Vernor’s from the bottle or out of a cup. If you even thought about breathing when your mouth was near the open container of Vernor’s you would collapse in spasmodic coughing fits. And that was actually part of the appeal. Who doesn’t love a dangerous drink?

As a Michigander-in-exile, it’s tougher for me to find Vernor’s. Each time we go to visit family in The Great Lakes State, I pack light so we can cram the trunk of the van with enough Vernor’s so that I can drink it until I get sick of it for a while. When friends are going to, driving past or passing near The Mitten State I beg them to pick up a twelve pack or two for me. I wave cash at them. I promise babysitting favors. And to sweeten the pot, I offer to make them a Boston Cooler.

So what is a Boston Cooler? In its simplest form (also my favorite form) it is vanilla ice cream floating in icy cold Vernor’s. When something so simple is so good, why mess with it? Now some people are going to try to convince you that a proper Boston Cooler needs to be prepared in a blender. Sure, that yields a smooth MILKSHAKE, but a Boston Cooler it is not. Blending it gets rid of all that beautiful fizz that is part of why Vernor’s is so beloved by folks from Michigan. And it ruins that incomparable magic moment that comes from plunging your spoon into the glass and fishing out a big dollop of creamy vanilla ice cream that has frozen Vernor’s crystals formed all around it. The crunch of those gingery icy crystals and then the smooth, sweet vanilla ice cream is half (at least) of the fun. In short, sticking a Boston Cooler in a blender is pretty close to sinful.

Not to put too fine a point on it, but Boston Coolers aren’t just all fizzy, frozen, creamy, foamy, ginger-y goodness; they also represent my youth. I still eat them exactly the same way I did when I was six years old. I slurp about half the Vernor’s from the glass and then attack the ice cream with my spoon. Every time I have one of these I feel like a kid again. So there you have it and you heard it here first. Boston Coolers are the Fountain of Youth. Take THAT, Ponce de Leon. He was off galavanting the globe and investigating Florida and The Fountain of Youth was in Detroit all along. Boy was HE wrong.

For a printer friendly, photo-free version of this recipe, click here!

Tilt the glass slightly and slowly pour Vernor’s into the glass against the side to reduce foaming. My picture doesn’t show this very well. I needed at least one hand to take a picture.

When within 2 inches of the top, pour the Vernor’s directly into the center of the glass. The ensures that you get a good amount of ginger ale in the glass before the foam forms at the top.

You can top off the glass with a little more Vernor’s if the foamy head dies back a little. Or if you happen to accidentally slurp some foam off the top.

Straws are optional. Spoons are not. Dig in.