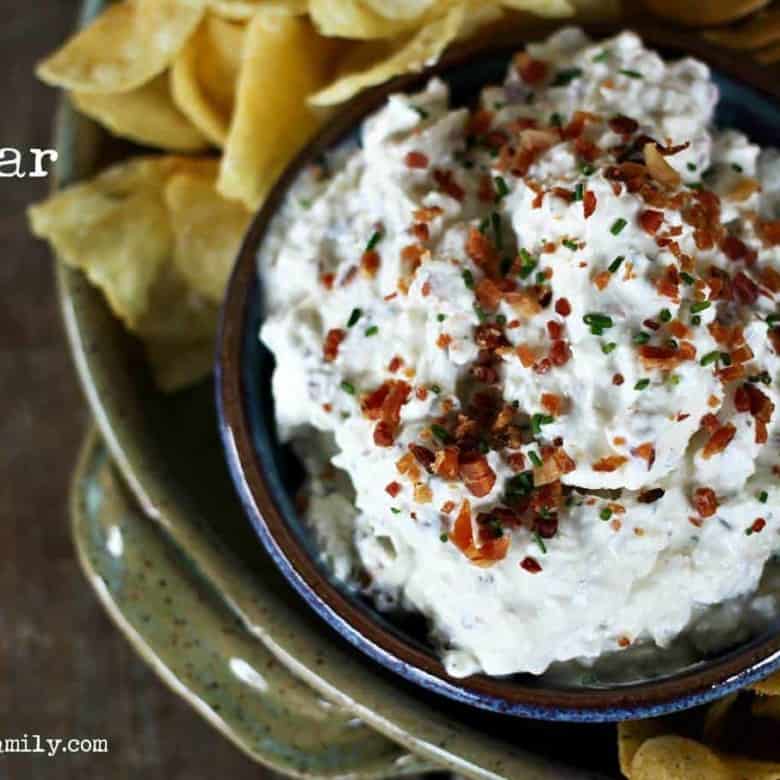 I like to think of fall as “Snack Food Season”. I’m not a football fan, but I am a fan of finger food and the two seem to go hand in hand. I can’t complain about football because it increases the public demand for my best-beloved snack goodies. I had a hankering for some munchies and my guys had just sat down to watch the Buffalo Bills shoot for the moon, so I decided to get a little creative in the kitchen. I crisped some bacon, chopped it, stirred it into sour cream with some Cheddar cheese, garden chives, and various spices and Bacon Cheddar Chive Dip was born. 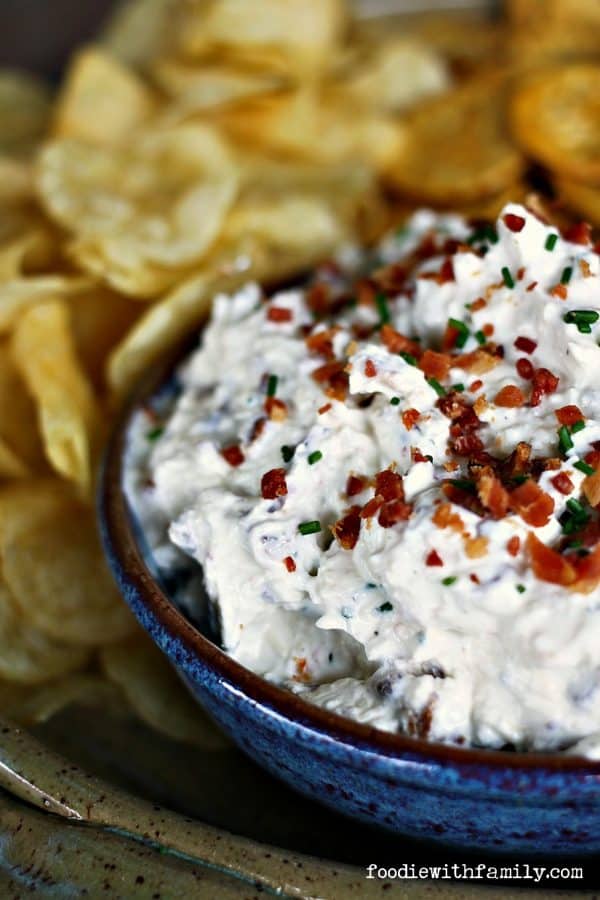 There’s something so ridiculously enticing about this dip. Crunchy, crispy, salty, smokey bacon bits with finely shredded Cheddar cheese (NOT from a bag people. Not from a bag. I’ll explain this later.), and minced chives all laced through tangy sour cream and a wee bit of garlic, onion, and celery seed. Oh Mama. Oh mercy. Oh, friends. My hubby made the grave mistake of heading to the home office to take a business call right when I put the dip on the table in the den. When he came down 15 minutes later, there was one tablespoon left. ONE TABLESPOON. That’ll teach HIM to take a business call on a Sunday afternoon.

I’m a nice wife, though… I made a second batch. This second batch disappeared in ever-so-slightly-less time than the first at 20 minutes. That’s right. We ate 4 cups of sour cream, 4 cups of shredded Cheddar, 24 strips of bacon, et al in two hours time. What’s your point? 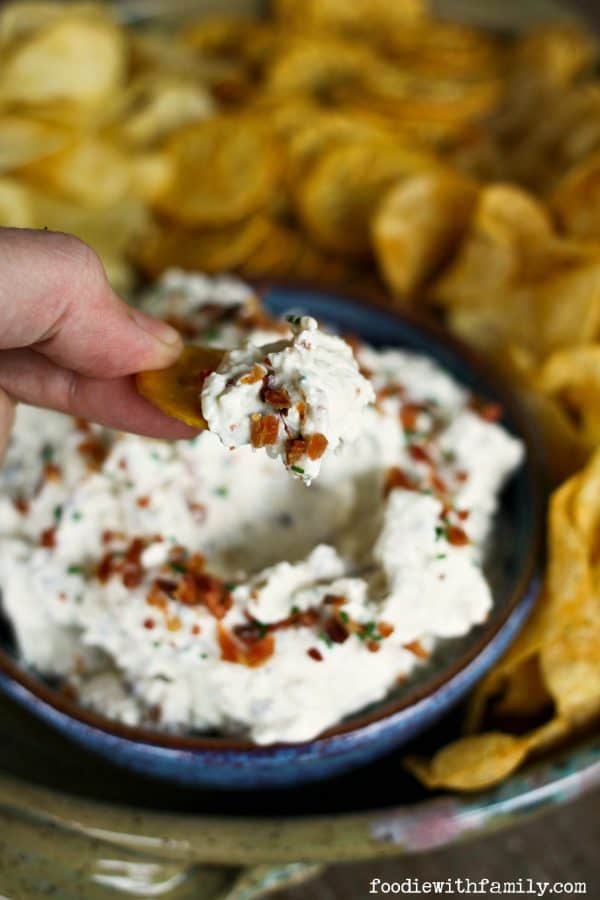 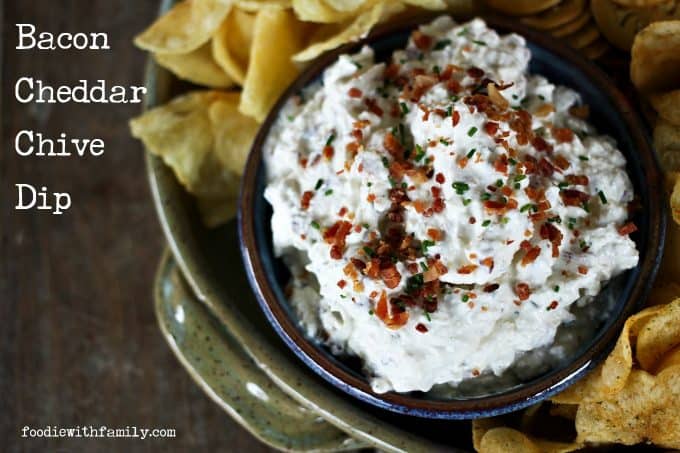 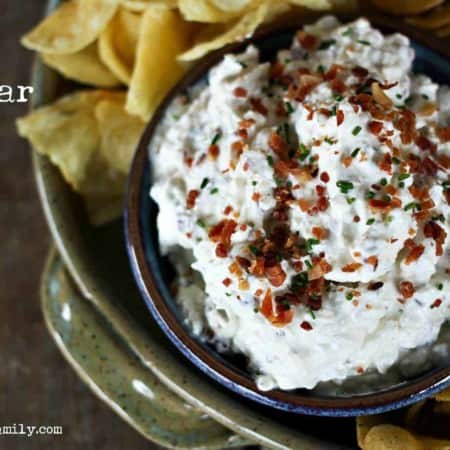