Are the humans coming? How ’bout now? 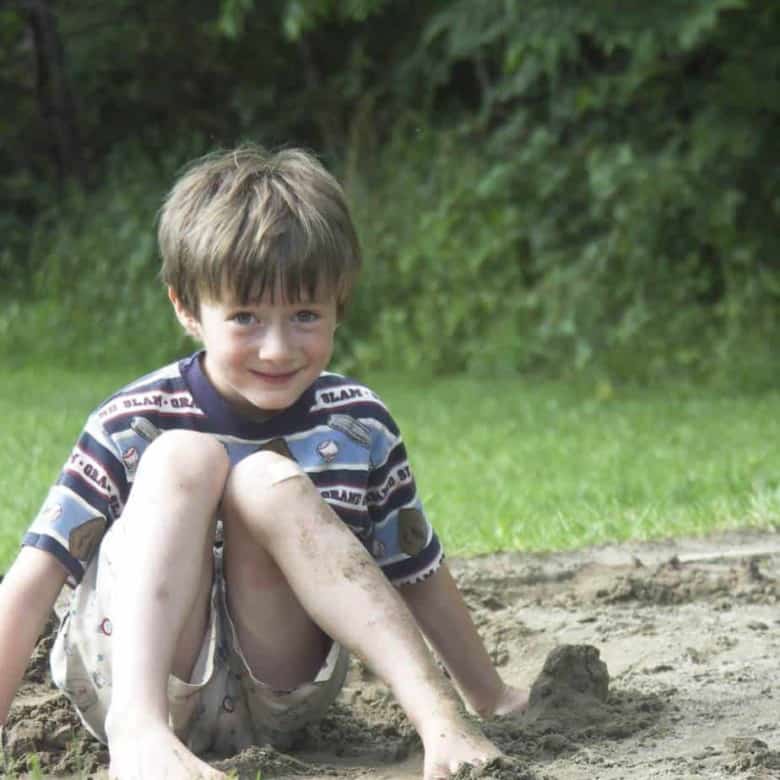 This is sweet Leif. He likes to be where I am. Or where his Dad is. If I step backward without checking, there’s a better than average chance that I’ll step on him. He’s my right elbow guy (because that’s his preferred location.)

We were confabbing at the grill while I whipped up some hamburgers last week. It was late (because I am a bad, bad mother and we were just getting dinner done at 8:45p.m.) and it was a warm and gusty early September evening.)  Leif pointed at the hazy moon and said, “MOM! Look at da moon!” It was simply breathtaking. The wind was making the trees whistle and the moon was wreathed with mist and haze. I told Leif that it reminded me of one of my favorite poems, ‘The Highwayman’ by Alfred Noyes, and asked if he would like to hear the part that reminded me of the weather that night. He nodded, happy just to be at my elbow. I flipped the burgers and started reciting,

I paused and looked at Leif who was staring at me with an expression somewhere between fear and wonderment and bewilderment painted all over his face.

“Oh!” I said with realization dawning over me, “No, honey. What I said was ‘highwayman’ not ‘human’. And he’s not real. He’s not coming here.”

“Is his horse purple?” Leif carried on, unconvinced.

“Oh for cryin’ out loud, Leif. There’s no horse. And the poem said ‘The road was a winding ribbon over the purple moor…’ not purple horse. Could you please go get me a plate for these burgers?”

“Sure, Mom.” Leif shouted as he ran back in the house. As he slammed the door, I heard him yell in voice calculated to wake the nearest neighbors who live a quarter of a mile away, “HEY GUYS! MOM SAYS DERE’S MORE HUMANS ON PURPLE HORSES RIDING TO DA HOUSE! AND DEY’RE BRINGING GHOSTS.”

Maybe I should’ve stayed in theater. Apparently my delivery is excellent… (See Dad and Mom? Those student loans were not without benefit!)

But the burgers… I’ve submitted the burger recipe  that I was preparing to the ‘Build a Better Burger  Contest’ two years in a row. Two years in a row I’ve heard nothing. But I’m going to share it with you all this weekend because it’s the best burger I’ve ever had. And I tell you that ‘BaBB’ made the biggest mistake of their history by rejecting my burger. I promise you this and I will prove it. Stay tuned…

For your next windy, hazy night…

He’d a French cocked-hat on his forehead, a bunch of lace at his chin,
A coat of the claret velvet, and breeches of brown doe-skin;
They fitted with never a wrinkle: his boots were up to the thigh!
And he rode with a jewelled twinkle,
His pistol butts a-twinkle,
His rapier hilt a-twinkle, under the jewelled sky.

Over the cobbles he clattered and clashed in the dark inn-yard,
And he tapped with his whip on the shutters, but all was locked and barred;
He whistled a tune to the window, and who should be waiting there
But the landlord’s black-eyed daughter,
Bess, the landlord’s daughter,
Plaiting a dark red love-knot into her long black hair.

And dark in the dark old inn-yard a stable-wicket creaked
Where Tim the ostler listened; his face was white and peaked;
His eyes were hollows of madness, his hair like mouldy hay,
But he loved the landlord’s daughter,
The landlord’s red-lipped daughter,
Dumb as a dog he listened, and he heard the robber say—

He rose upright in the stirrups; he scarce could reach her hand,
But she loosened her hair i’ the casement! His face burnt like a brand
As the black cascade of perfume came tumbling over his breast;
And he kissed its waves in the moonlight,
(Oh, sweet, black waves in the moonlight!)
Then he tugged at his rein in the moonliglt, and galloped away to the West.

He did not come in the dawning; he did not come at noon;
And out o’ the tawny sunset, before the rise o’ the moon,
When the road was a gypsy’s ribbon, looping the purple moor,
A red-coat troop came marching—
Marching—marching—
King George’s men came matching, up to the old inn-door.

They said no word to the landlord, they drank his ale instead,
But they gagged his daughter and bound her to the foot of her narrow bed;
Two of them knelt at her casement, with muskets at their side!
There was death at every window;
And hell at one dark window;
For Bess could see, through her casement, the road that he would ride.

They had tied her up to attention, with many a sniggering jest;
They had bound a musket beside her, with the barrel beneath her breast!
“Now, keep good watch!” and they kissed her.
She heard the dead man say—
Look for me by moonlight;
Watch for me by moonlight;
I’ll come to thee by moonlight, though hell should bar the way!

She twisted her hands behind her; but all the knots held good!
She writhed her hands till her fingers were wet with sweat or blood!
They stretched and strained in the darkness, and the hours crawled by like years,
Till, now, on the stroke of midnight,
Cold, on the stroke of midnight,
The tip of one finger touched it! The trigger at least was hers!

Tlot-tlot; tlot-tlot! Had they heard it? The horse-hoofs ringing clear;
Tlot-tlot, tlot-tlot, in the distance? Were they deaf that they did not hear?
Down the ribbon of moonlight, over the brow of the hill,
The highwayman came riding,
Riding, riding!
The red-coats looked to their priming! She stood up, straight and still!

He turned; he spurred to the West; he did not know who stood
Bowed, with her head o’er the musket, drenched with her own red blood!
Not till the dawn he heard it, his face grew grey to hear
How Bess, the landlord’s daughter,
The landlord’s black-eyed daughter,
Had watched for her love in the moonlight, and died in the darkness there.

Back, he spurred like a madman, shrieking a curse to the sky,
With the white road smoking behind him and his rapier brandished high!
Blood-red were his spurs i’ the golden noon; wine-red was his velvet coat,
When they shot him down on the highway,
Down like a dog on the highway,
And he lay in his blood on the highway, with the bunch of lace at his throat.

Over the cobbles he clatters and clangs in the dark inn-yard;
He taps with his whip on the shutters, but all is locked and barred;
He whistles a tune to the window, and who should be waiting there
But the landlord’s black-eyed daughter,
Bess, the landlord’s daughter,
Plaiting a dark red love-knot into her long black hair.