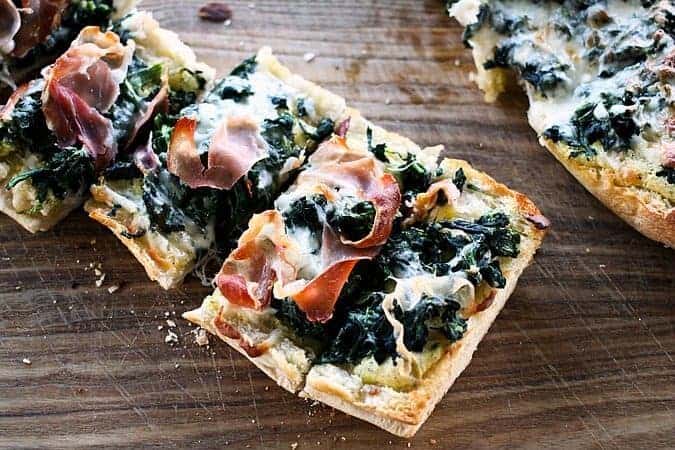 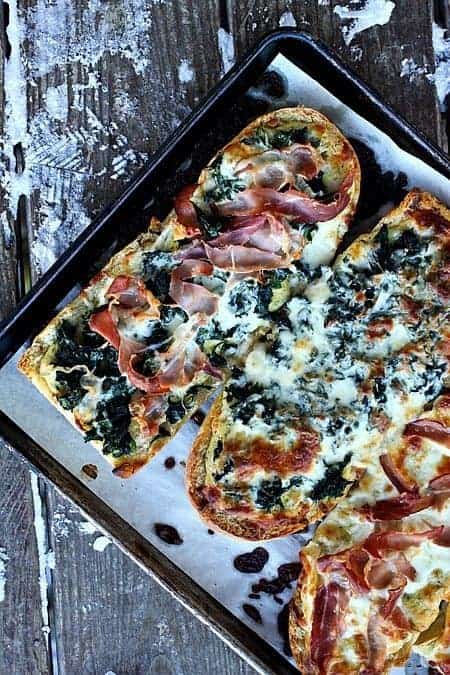 When my husband goes on business trips, I have an indecent and scandalous fixation on frozen pizzas. My husband likes pizza a lot, but he gets his fill relatively quickly, unlike me. My love for pizza, however, knows no breaking point or season. There is not a point where my thought is, “Meh. I’m bored with pizza. Let’s have something else.” So while The Evil Genius is off working on his nefarious scheme, I glut on pizza. That’s totally healthy, right? Ahem.

*We’re not talking chewy, crusty baguettes, we’re talking the airy not really particularly French bread that is more akin to an overblown sub roll than bread that actually resembles that sold in France. I still love ’em.

There have been times I’ve gone through the local tiny grocery store stuffing an arm basket full to the breaking point of frozen French bread pizzas but there are two problems (aside from the ridiculousness of buying THAT many frozen French bread pizzas.) 1.) Freezer space is always at a premium. Who has room for that at home? Not this girl. At least not without some serious freezer Tetris. 2.) It’s so much tastier and better for you to make them yourself, and it’s less expensive to boot!

Even our town’s little limited gas station-slash-grocery store-slash-sub shop and deli carries French bread loaves; big long floppy jobbies that you have to support with both hands to move them or they fold in on themselves. They have ended up being the perfect candidate for this job. A bread with too much structural integrity would be impossible to chew once toasted and topped and toasted again. The ideal bread crunches then yields completely.

And toppings? Where to begin? Any traditional pizza toppings work for French bread pizzas, but so do some of the more chi-chi combos. I’m nutty over a giant dose of spinach on my pizzas and I’m more than a little gaga over white sauce pizzas. “White Sauce” often refers to pizza crust that’s been slathered in olive oil and garlic before the toppings hit it, but I like to up the ‘sauce’ quotient in my white pizzas by adding homemade Garlic Alfredo sauce.

It just feels like the right thing to do. By right thing to do, I mean the tasty thing to do. The layer of rich, creamy sauce smooths out the flavour ‘edges’ of the abundant spinach. The cheese so copious it threatens to run off of the edges of the bread, pool, and bubble to brown in places -and does, in some cases- as it melts doesn’t hurt either. You can stop there. It’s plenty good as it is. I like to add long strips of torn pieces of prosciutto to the top to add a little chewy, salty interest to the pizzas. Who knew a French bread pizza could cop such a refined flavour?

Well, I guess it’s only refined if you -unlike me- change out of yoga pants, old t-shirt, and hoodie before eating it. Or eat it at the table instead of sitting under a blanket on the couch watching ‘Sherlock’. However you eat it, it’s all good because It. Is. All. Good. 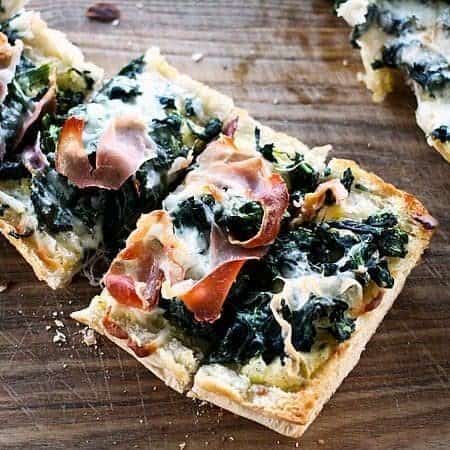 White Spinach French Bread Pizzas {with or without Prosciutto}

Rate Recipe Rebecca Lindamood
Prevent your screen from going dark
Print Recipe Pin Recipe
Rich, creamy sauce, abundant spinach, cheese so copious it threatens to run off of the edges of the bread, pool, and bubble to brown in places -and does, in some cases- as it melts, and long strips of salty prosciutto. Now that's a French bread pizza.