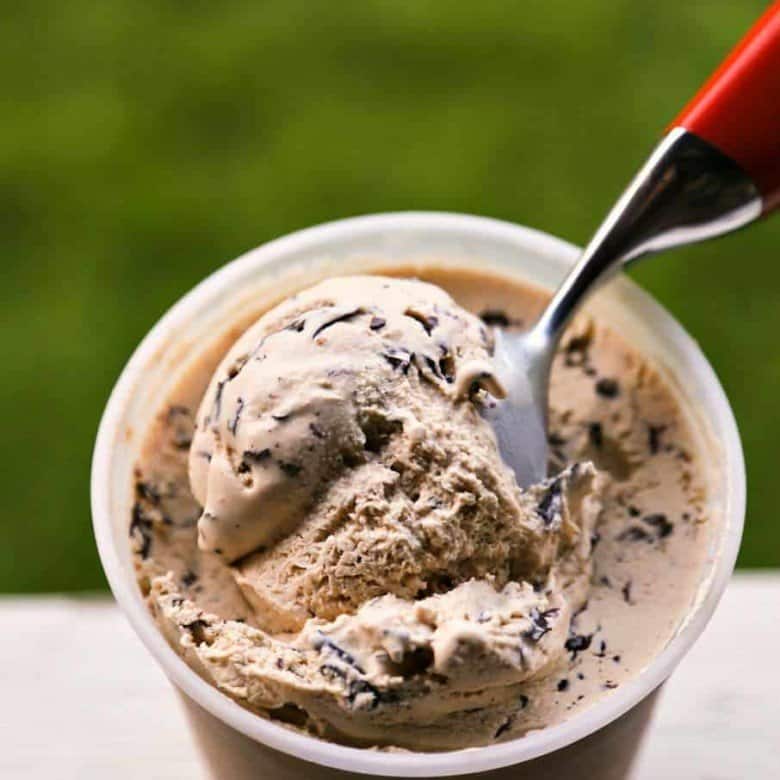 Vanilla Latte Stracciatella Gelato. It rolls trippingly from the tongue, doesn’t it? I have to be honest. I used the legit Italian word “stracciatella” mainly because it’s significantly more fun to say repeatedly than “chocolate flakes” which is what it really is. Give it a try and really draw it out- Strrrrrrrrrrrrrrrrrrrrracciatellllllllaaaaaaaaaaaah.

Come on, admit it. That felt pretty good, right? Well, as great as it feels to say Vanilla Latte Stracciatella Gelato, it feels even better to eat it. My 15 year old took a bite and exclaimed, “THIS TASTES LIKE A VANILLA LATTE WITH CHOCOLATE IN IT.” From that boy, this is the highest praise he can heap on a food. My boy loves coffee and chocolate. 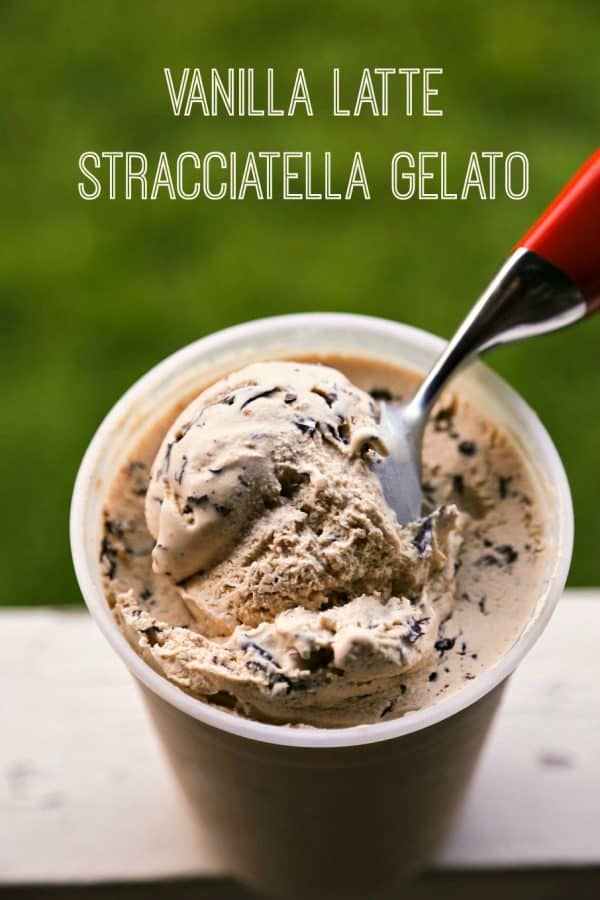 So the ‘vanilla latte’ portion is self explanatory, and while I admit to using stracciatella in place of chocolate flakes for the sound of it, the word ‘gelato’ isn’t just in there for Italian window dressing. Gelato and ice cream are cozy relatives, but there are some important distinctions. Ice cream is churned longer, whipping more air into it in the process making it fluffier and a little milder in flavour. Gelato is churned for less time, is more dense, and is generally far more intense in flavour. In other words, this Vanilla Latte Stracciatella Gelato is one intense bite of vanilla bean laced coffee gelato that is shot through with impossibly delicate flakes of dark chocolate.

Can we please get back to my current favourite word for a minute? Strrrrracciatelllllaaaaaaah. I’m sorry. I’ll stop eventually. Stracciatella isn’t just little bitty pieces of chocolate. It’s a method. In a nutshell, you churn your gelato, pop it into a bowl nested into a bowl full of ice, and drizzle a thin stream of melted chocolate into the gelato as you stir vigorously. THIS is what makes those melt-on-the-tongue, tiny flakes of chocolate.

Don’t fret. It’s not hard. In fact, I have a dorky little video to show you how easy it is. Emphasis on the dorky.

Oh, and let me tell you something that should set your mind at ease. There’s no tempering of eggs… In fact, there are no eggs at all in this recipe. The thickening comes courtesy of cornstarch, making this a far less fussy recipe than most ice cream recipes. The cornstarch makes the beginning gelato base much like a pudding which -in turn- yields a creamy, velvety, eminently scoopable gelato. 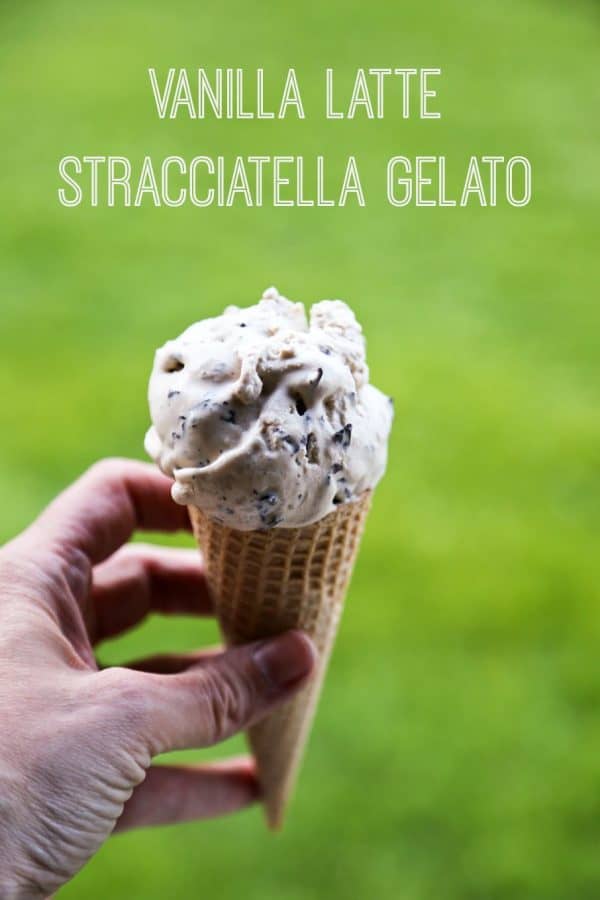 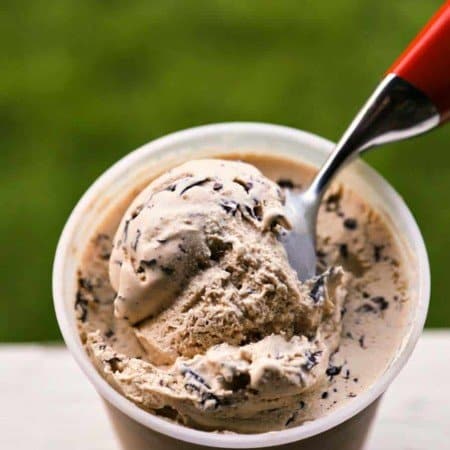 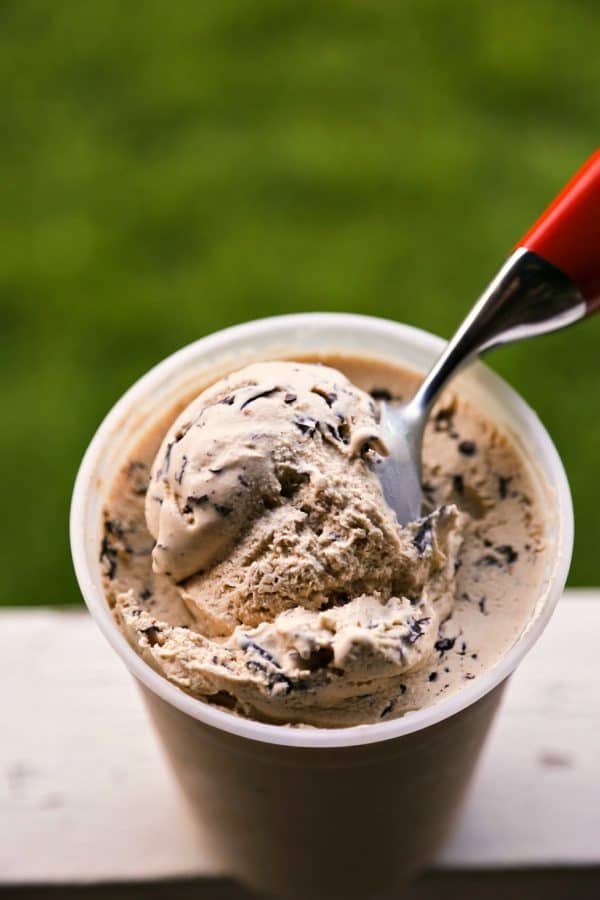