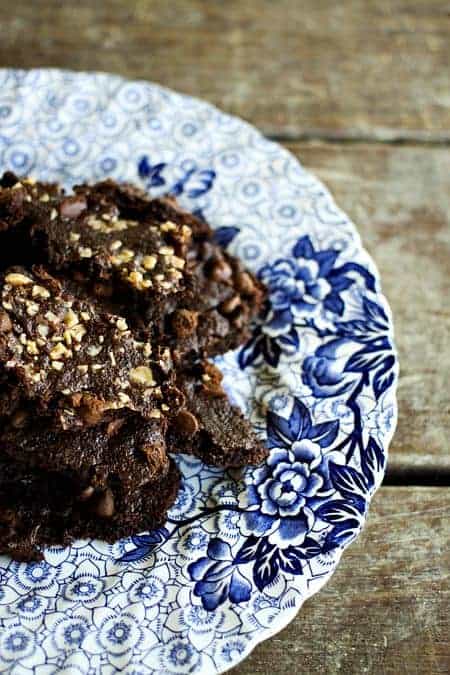 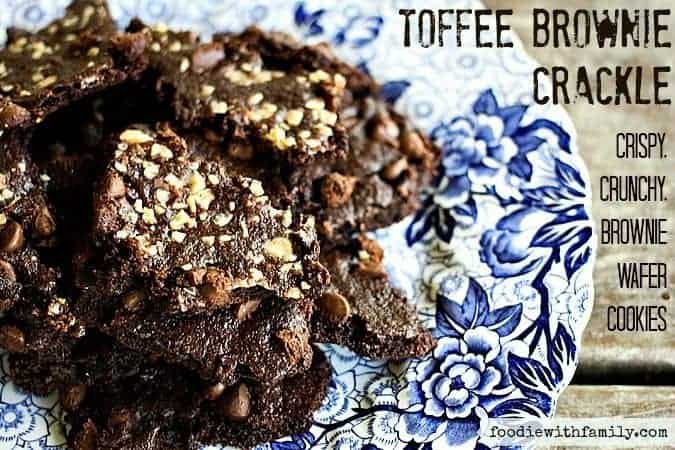 There are a lot of foods I like. Duh, right? No seriously, work with me here. The list is extensive. In fact, I’d say I like more food than I don’t like… I don’t naturally have a sweet tooth. It’s pretty easy to go overboard on my sweetness quotient. I prefer foods  a little further on the savoury or bitter spectrum. There is one GIANT, HUGE, ENORMO exception, though.

Uhmuhgush, people. I’m a brownie maniac. I eat them all. I eat fudgy brownies, cakey brownies, blondies (I know, maybe that’s stretching the category a bit), BROWNIES. All of them. I like brownies made with pounds of butter and sugar, fake-you-out brownies made with black beans or beets (Yes, those are things. They’re pretty darned good.) I could eat my weight in brownies, and I’ll take all the edge pieces, thankyouverymuch. Crispy edges forever!

Having this little piece of knowledge in your kit should keep you from being surprised when I say that I fell in love with some crispy brownie snacks provided at a conference I attended a couple of weeks ago. They’re made commercially and sold pretty widely. By pretty widely, I mean Wegman’s and other well-stocked grocery stores have them. BUT PEOPLE. Wegman’s and other well-stocked grocery stores are at least a half an hour’s drive in either direction for me AND there’s one other problem.

When I say I’m cheap, what I mean is that I look at a package of something and size up just how much it would take me in raw materials to create it myself. If that item exceeds the price per pound I can make it at -you know, doing normal, mentally healthy things like factoring in cost of energy needed to cook/create, my hourly rate, and whether I have the requisite equipment- I can’t pay for it. (See barbecue sauce, ranch dressing mix, Cool Ranch Doritos, and pretty much my entire site.) 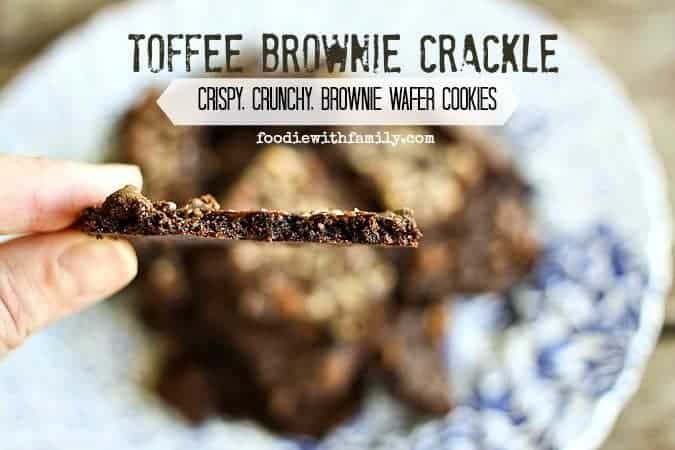 So I made my own Toffee Brownie Crackle {Crispy Brownie Wafer Cookies}. And I made it every bit as CRUNCHY as the stuff you can buy, wicked INEXPENSIVE, completely PRESERVATIVE AND ADDITIVE FREE, and AS TASTY AS or TASTIER THAN the commercially available product that rhymes with Frownie Frittle. Crispy, crunchy, not-even-a-little-chewy, rich, chocolate brownie wafer cookies studded with English toffee bits and chocolate chips; it’s Toffee Brownie Crackle {Crispy Brownie Wafer Cookies}, friends, and it is magnificently habit-forming!

Proof of the crunch factor! 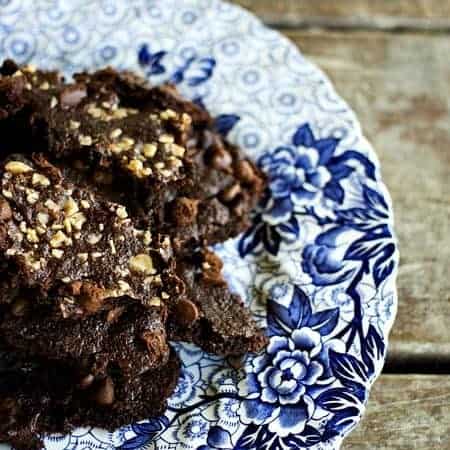