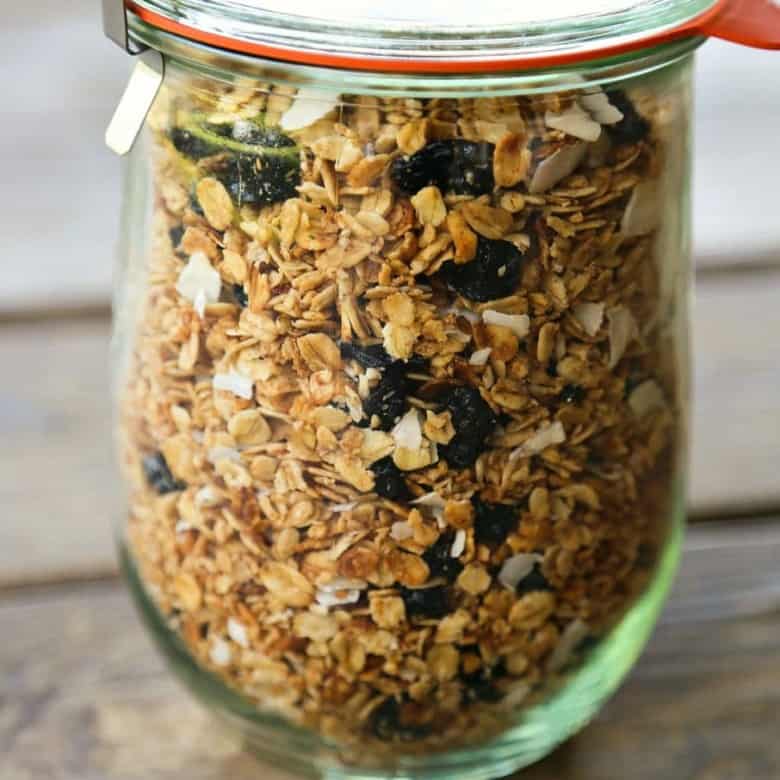 I go through fits and starts of cooking a certain food over and over and over until I hit the saturation point and have to stop. Granola is one of those things. I’ll get hung up on a particular recipe and make it ad infinitum until no one in the house wants to even think about it any more. The current house granola that we love the very best is Slow-Cooker Blueberry Coconut Vanilla Granola. That’s right, we’re talking about granola in the slow-cooker. I used to do this on a regular basis several years ago, but then our tastes ran to a couple of granola recipes that weren’t well suited to the slow-cooker and I forgot all about it until a friend published a slew of slow-cooker granola recipes. I smacked my forehead with my hand as I walked to the mudroom to retrieve my slow-cooker. In under 10 minutes -which was mostly chewed up by me searching for my ground cinnamon in my overflowing spice cabinet- I had a slow-cooker full of fragrant granola starting to toast. 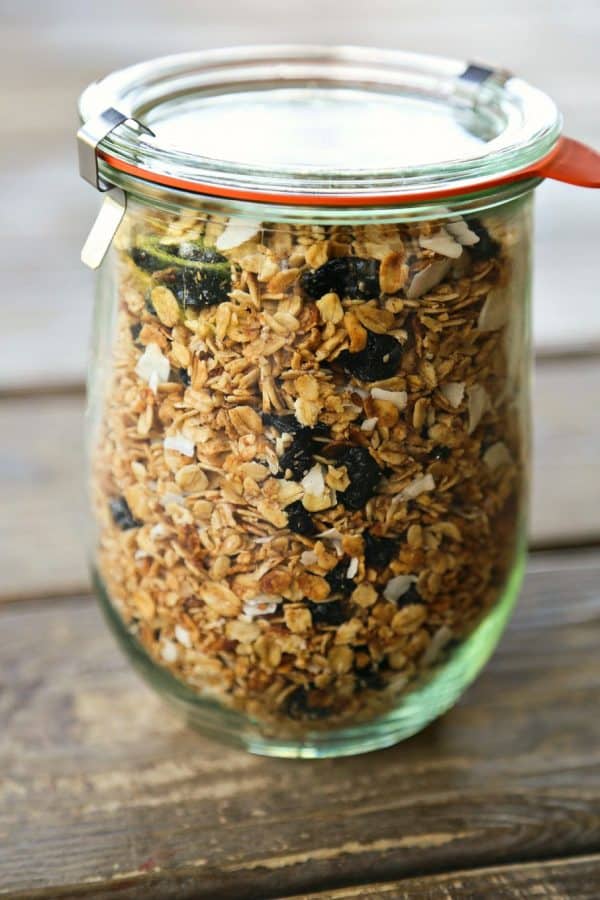 Slow-Cooker Blueberry Coconut Vanilla Granola is almost laughably easy to make. Grease your slow-cooker, pour in the oats, stir together the liquids, pour over the top, stir and toss to coat evenly, add the lid and vent it a smidge, then stir every half hour for 2 hours or until the granola smells a little nutty and toasty. At that point, you turn it onto rimmed half sheet pans, stir in the dried blueberries and coconut and SHAZAAM; you now have the best granola at a fraction of the price of commercially available granolas. Sweet dried blueberries and coconut, maple syrup, and toasted oats play so nicely together.

It’s easy to see why Slow-Cooker Blueberry Coconut Vanilla Granola is our favourite way to start the day, but I have to confess we eat this by the handful as the day goes on, too. 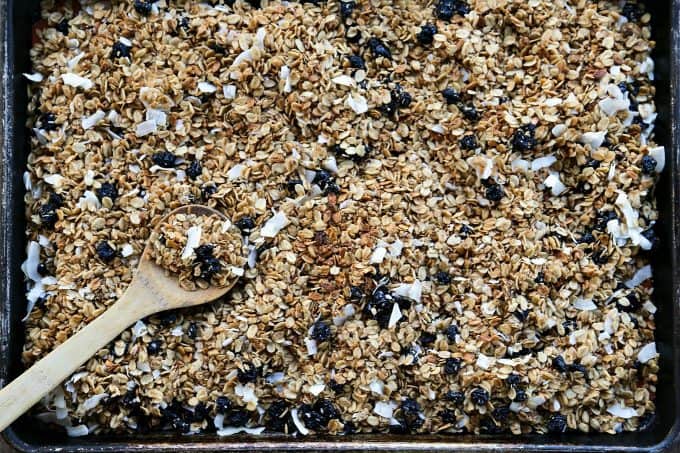 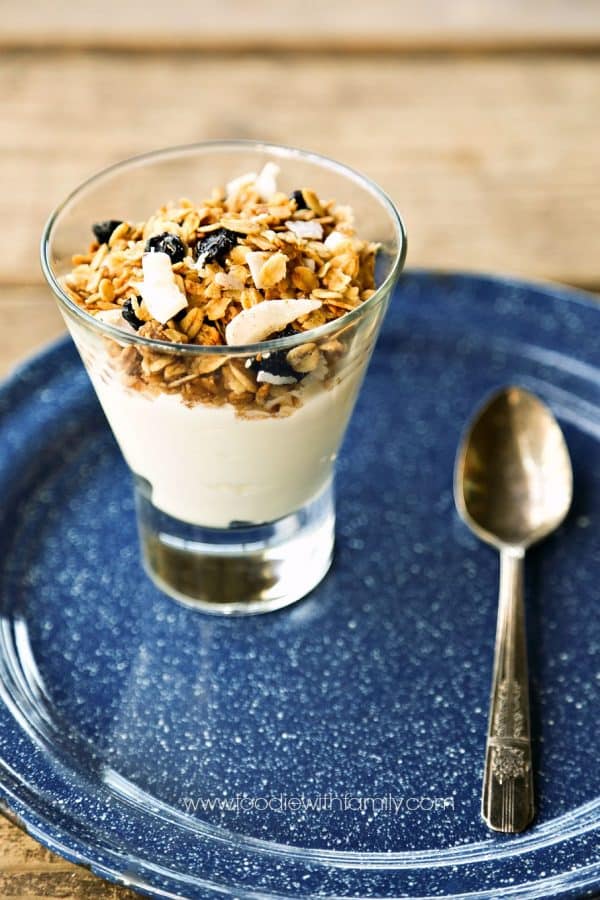 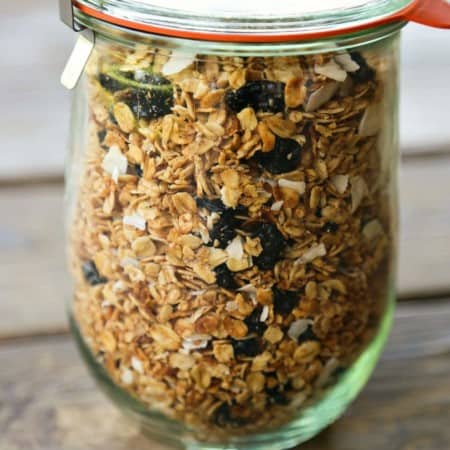