Into every life, a little snack must fall. If you’re in my household, there’s a good chance a great many snacks will find their way to your mouth. I am a snack fiend. I’m not talking about chips and pretzels, either, even though I have a great affinity for both of those. I’m talking about what I consider the category “Legit Snacks”. These are more properly known as appetizers which in my world would be more accurately named if they were called “The Things Rebecca Eats So Much of She Can’t Eat the Main Dish”. I’d like to see someone come up with a mathematical formula to express the function which demonstrates how much faster a dish disappears in my home if it is finger food vs. real, eat-with-implements food. It might be shocking. Our favourites include anything containing cheese, pasta, and dip. So what do you get when you put them all together? You get a stampede of people trying to grab handful after handful of Toasted Tortellini Bites. 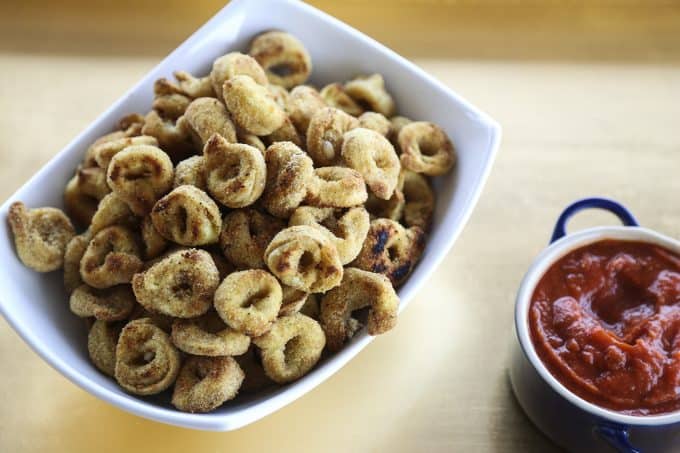 Just back it on up a second with me, would you? I’m sure you’ve seen toasted ravioli on every bar food menu in the U.S. at this point, but I have a little issue with them. The problems with toasted or fried ravioli are mainly that they’re ridiculously hot out of the fryer, I lack the willpower to wait until they are a temperature less than molten lava, and every time I bite the ravioli, all the hot cheese comes pouring out on my chin and neck. I grant you that this is preventable, but I yam what I yam and I know I have to compensate for 41 years of precedence. I had to go smaller. Using cheese tortellini was a no-brainer because it had all the fun of ravioli in a one-bite package. They’re ridiculously easy to make, and I’d argue that the Toasted Tortellini Bites are easier even than toasted ravioli. Besides that, you can’t in all decency pop an entire ravioli into your mouth at one time but you most certainly CAN pop entire Toasted Tortellini Bites into your mouth, maybe even two at a time as long as you aren’t watching “Making a Murderer” while eating because that might constitute a gasping and choking hazard. I call this winning at life with Legit Snacks.

Just in case you don’t believe it’s that easy, I made a little video to prove it! 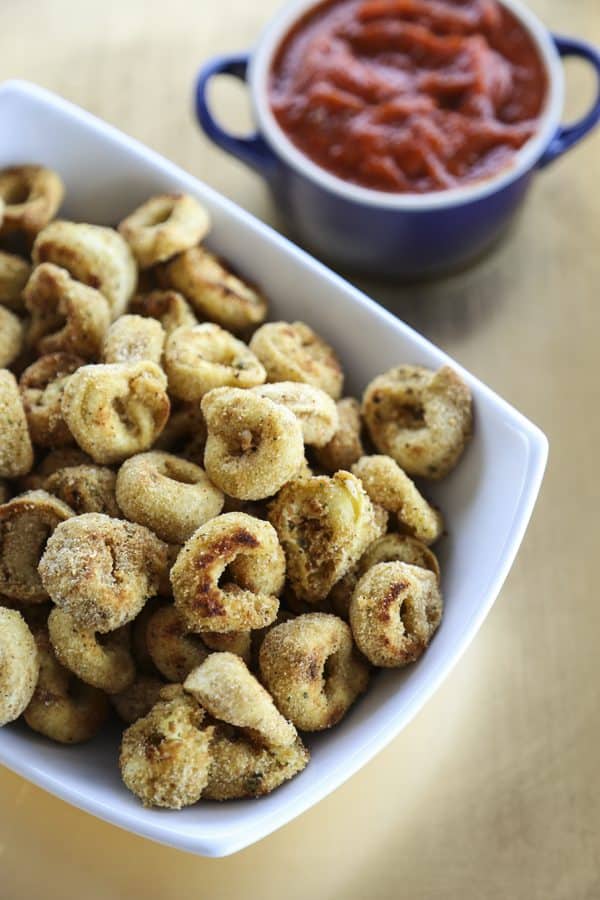 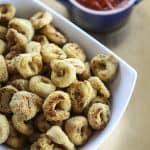 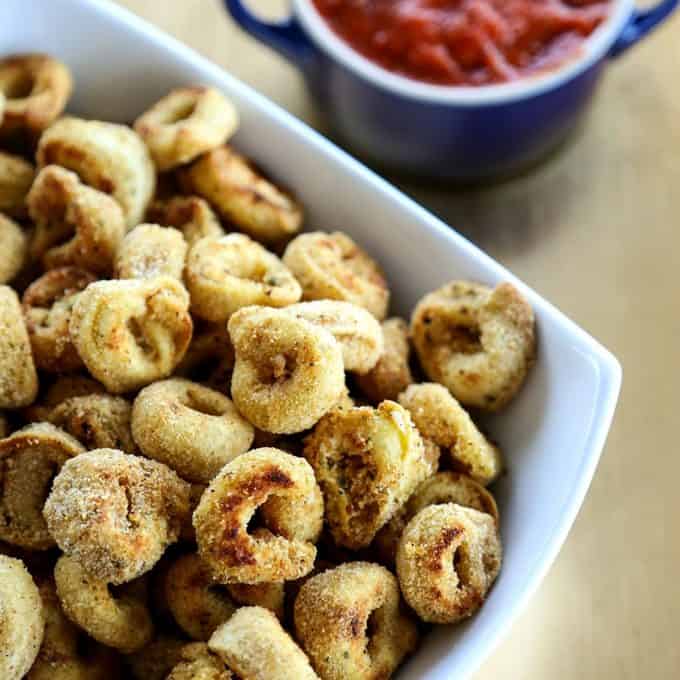