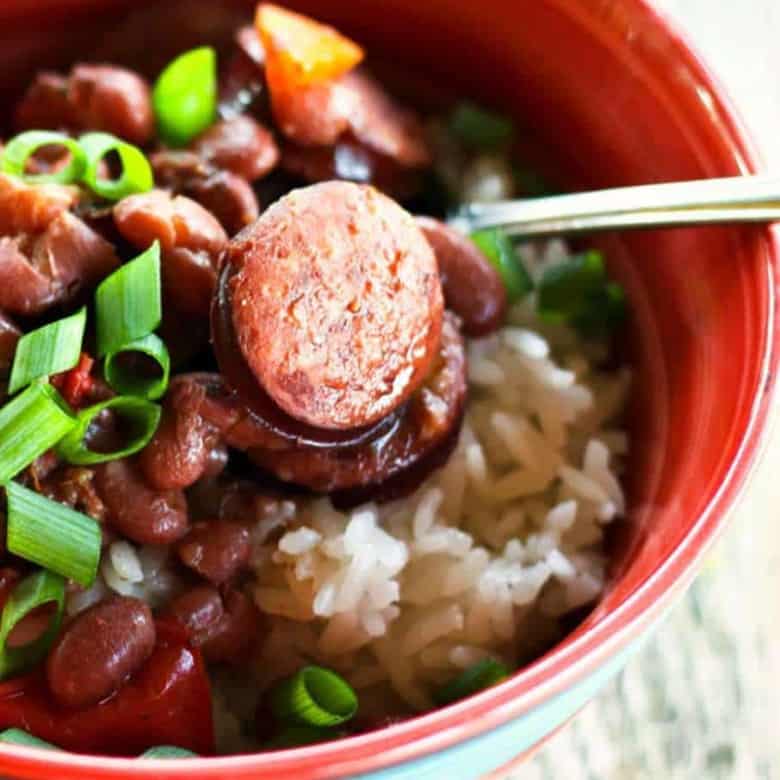 This classic from the archives is just what the doctor ordered to beat the snow storms that have been pounding the North East. Plug in the slow-cooker, pop your ingredients in the pot, and wait for the beautiful aroma to fill the room. Strangely, this recipe is equally at home in the hot summer months because it doesn’t heat up the kitchen courtesy of it’s slow-cooker preparation. 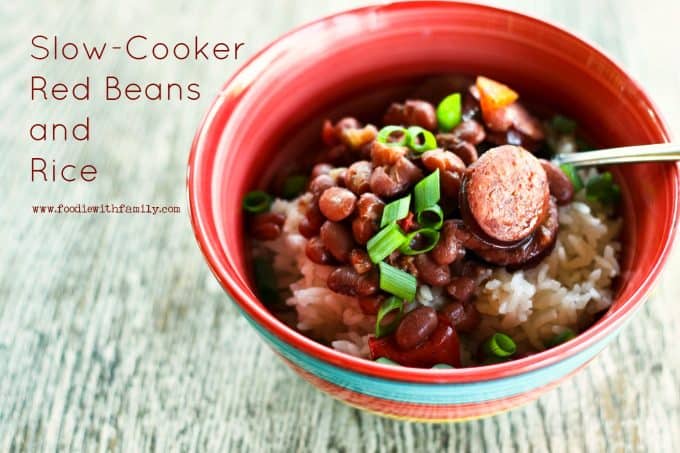 I’m going to go ahead and say right now that I have absolutely zero idea how authentically “Cajun” today’s recipe is, having never actually been to the great state of Louisana. All I know is that there are few things more satisfying than a big bowl of cooked rice topped with saucy, spicy, tender red beans and smoky sausage rounds then crowned with green onions and sour cream. Whether the weather be cold, or whether the weather be hot, as the saying goes, you can weather it better with a bowl of this under your belt. It is one of the few comfort foods that does hot or cold weather conditions equally well.

The next six hours were spent trying fervently not to eat everything in the pantry because it smelled so ever loving good in this house that I thought I might die. I repeatedly broke the cardinal rule of slow-cooking and crockpot-ery by lifting the lid and testing and re-testing beans to see if they were (oh please oh please oh please) done yet. After those agonizing six hours were up, I was rewarded with the easiest -and easily the best- red beans and rice I had ever made.

The facts that it didn’t heat up my kitchen and that the hardest part of the whole procedure was keeping myself from eating it before it was done were just gravy. My word, friends, it was so good.

So good, in fact, that I made a double batch again later that week and plan on making it for company when we receive a houseful next month. It’ll be just thing; set it up and let it cook while visiting and generally relaxing. THAT is how you welcome house guests.

There is one grave danger attendant to making this recipe. It smells so good while cooking that there is a very real possibility that you will gnaw off your own leg of that of someone nearby.

I have just a couple of other thoughts to share about this recipe.The Creole Seasoning is wonderful to have on hand for recipes that call for it, to be sure, but we like to use it on other things, too. For instance, we love it on popcorn or homemade tortilla chips.

I like to make it really spicy and then mellow it out in my own bowl with a big dollop of sour cream. I think a fistful of grated Cheddar would do something similar if you’re so inclined. To do this, I tend to use the higher amount of cayenne pepper I specify in the recipe. 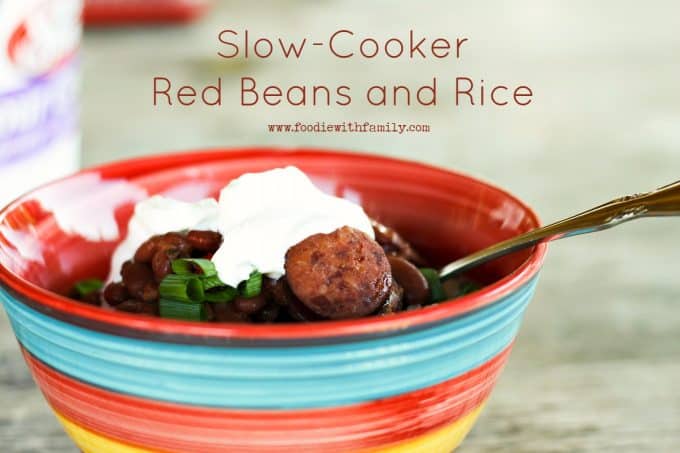 On the other hand, you could just keep the spice to a minimum in the first place. If you’d like to keep it on the milder side, cut back on or omit the additional cayenne pepper (above and beyond the small amount that is already in the Creole Seasoning) from the recipe. 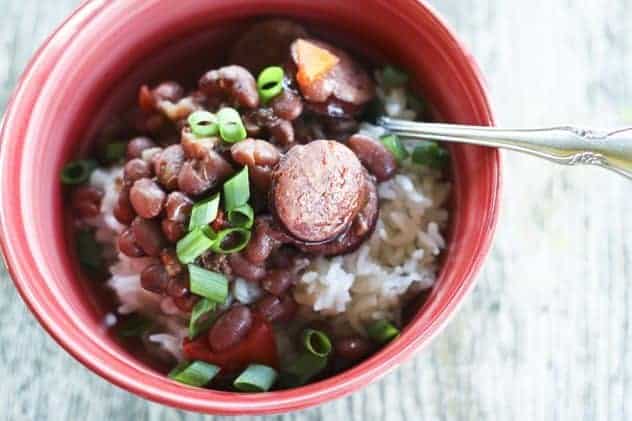 Rate Recipe Rebecca Lindamood
Prep Time 5 mins
Cook Time 6 hrs
Total Time 6 hrs 5 mins
Prevent your screen from going dark
Print Recipe Pin Recipe
Whip up a batch of this handy Creole seasoning to add a little oomph to your every day dishes or reserve it for the most wonderfully tantalizing and simple red beans and rice you've ever had. The slow-cooker does the work so you can stay out of the kitchen on hot days. Be forewarned: this smells so good while it's cooking that you may feel ravenous by the time dinner rolls around. Creole Seasoning adapted from Emeril Lagasse's recipe.

For the Creole Seasoning:

For the Slow-Cooker Red Beans and Rice:

To Make the Creole Seasoning:

To Make the Slow-Cooker Red Beans and Rice: