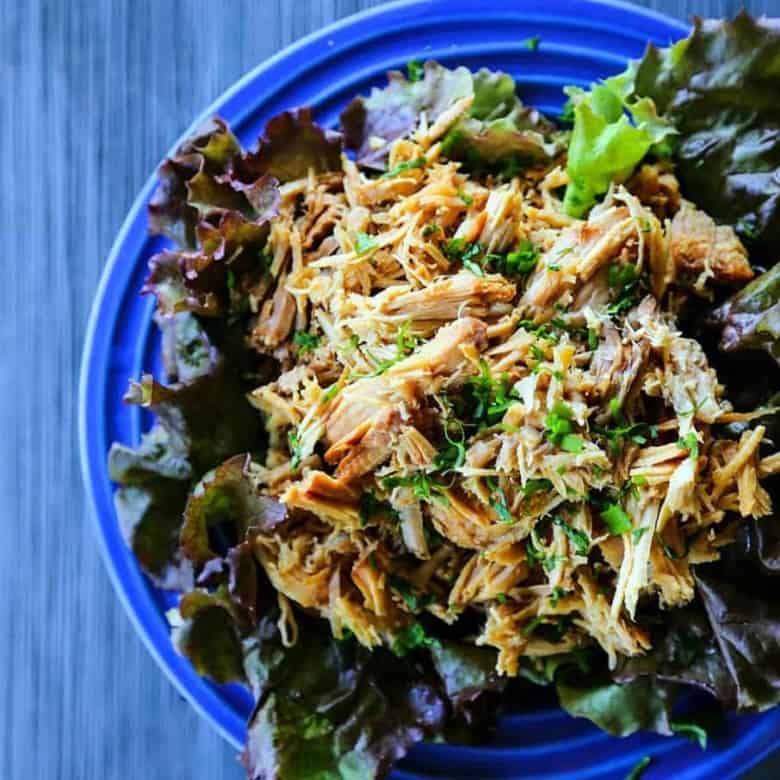 When the weather turns warmer, my tastebuds desperately desire Southeast Asian influenced cuisine. Lemongrass is one of the flavours that defines this region to me, and it has been muggy and hot, so it should come as no surprise that I have been on a lemongrass kick lately.

I love the classic combination of lemongrass, garlic, ginger, basil and cilantro with a little spicy kick that -at least to my mind- typifies Vietnamese cuisine. I decided to make a paste of all of these goodies (plus a few other tasty odds and ends for good measure!) and smear it all over a boneless pork loin.

Then I plunked it into my slow-cooker while I went about my daily business. Within two hours, I was ready to gnaw off my own leg because the house smelled so good. Slow-Cooker Lemongrass Pork was born and it was magnificent.

Since we started the process with a boneless center-cut pork loin which was further broken down into 3-inch cubes before it went into the slow-cooker, the process was actually a lot faster than you might think. It only took 5 hours on HIGH to become fall-apart tender. I used tongs to transfer all of the pork out of the pan juices and into a mixing bowl. The pan juices were then strained into a saucepan over high heat where they reduced to an intense sauce for the pork. The pork itself was shredded with two forks then tossed with the reduced pan sauce. Voila! That is ALL it took. I served the Slow-Cooker Lemongrass Pork garnished with fresh cilantro on lettuce wraps, rice bowls, on salads, in spring rolls (recipe coming soon!), and straight up on a fork. My kids liked it topped with a fried egg for breakfast or tucked into quesadillas for lunch or snack. The beauty of it is that it makes enough to do ALL of these things in turn.

Looking for an incredible side dish to serve with this Lemongrass Pork? Try this Rice Noodle Stir Fry! 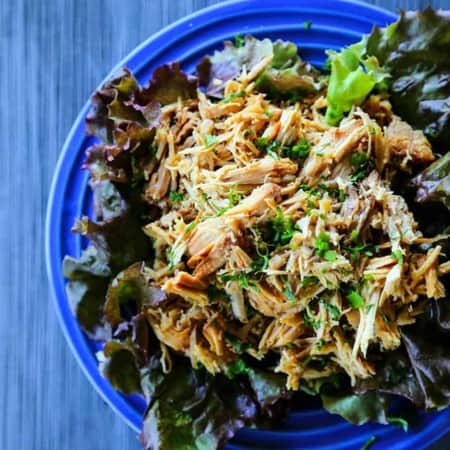