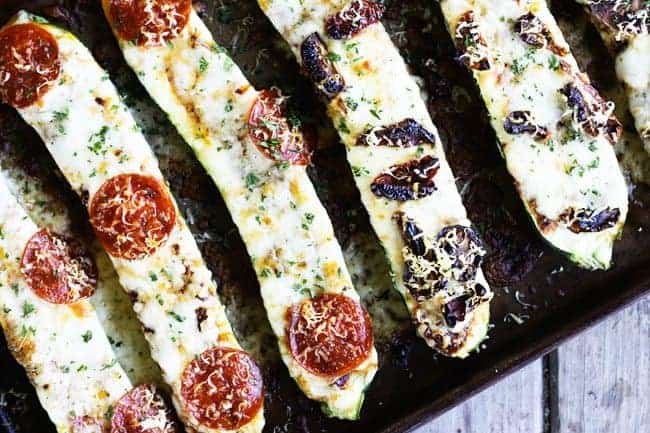 Have you ever tried jamming yourself into a pair of skinny jeans? I did last month.

Let’s just say the results were less than what I’d hoped to see after the work that went into pulling them up. Shoot, getting them off was as tough as getting them on in the first place. I needed to take a nap and eat some chocolate to salve my soul after that experience.

This, in part, led me to the grudging conclusion that PERHAPS I can’t eat the way I used to when I was *GACK* younger. Don’t get me wrong, I’m pretty fit. I work hard at it… but the effect of eating eight tacos or as many pieces of pizza for dinner is now less than desirable unless you’ve lost all your chairs in an oddly targeted fire and have nothing to sit on and are trying to pad your posterior for greater comfort. I think my point is clear.

I will not give up eating WHAT I want, I just have to show a little more control around it. In other words, I need to consume less of it. And we are coming into warmer weather which means we’re on the go a little more and feel a little less like spending hours in a hot kitchen producing food that makes us feel VERY full indeed. (Sometimes. On the other hand, I’m looking forward to my annual Fried Chicken Birthday Feast at the end of blazing-hot July.)

Tasty food that is fast, healthy, and doesn’t make you feel weighed down is the order of the day. Skinny Jeans Pizzas to the rescue! These pizzas use good ole zucchinis (which are about to become abundant to the point of being nearly viral) cut in half lengthwise and topped with some classic pizza toppings; mozzarella  and Romano or Parmesan cheeses, sun dried tomatoes,  and pepperoni are what we use, but put whatever you’d like on a pizza on top. Much like ‘real’ pizza, this is customizable! Here’s the thing… these can be as healthy or as indulgent as you’d like. Load as much or as little grated cheese on them as you want! Ditto the pepperoni. Those sun dried tomatoes? Pile them on! Just be sure you have a little cheese over them or they’re likely to scorch a bit. Handily, you don’t have to soak the tomatoes if you put them next to the pizza sauce on the zucchini. This is because they’ll absorb some of the liquid given off by the sauce and zucchini as they cook.

Important Note! Let’s be real here… If I eat eight of these like I would slices of pizza, I won’t be fitting much more quickly into those skinny jeans… But I don’t NEED eight halves of zucchini and furthermore, I don’t think I could eat that many. Even if I did eat eight halves, though, I’d still come out ahead of regular pizza in the calorie count. And goodness people, I’m not replacing or giving up regular pizza in our menu rotation; it’s my life blood! I am, however, looking for ways to maintain my healthy weight instead of creeping upward as I was doing. These more than satisfy that pizza craving on busy nights in a waist-line friendly way when the alternative to homemade is dialing it in to the local pizza place. Moderation, moderation, moderation!

…Except for dark chocolate. 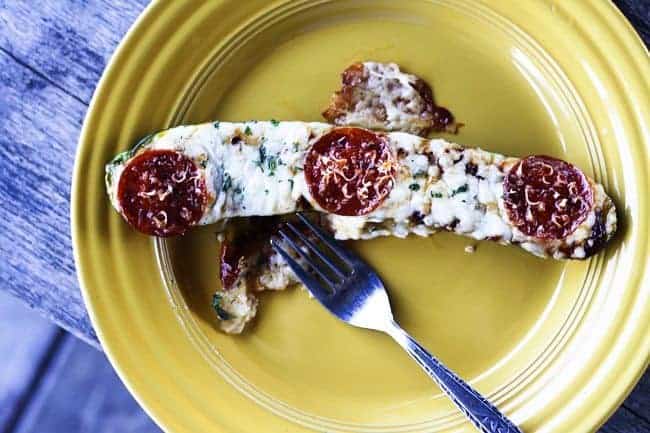