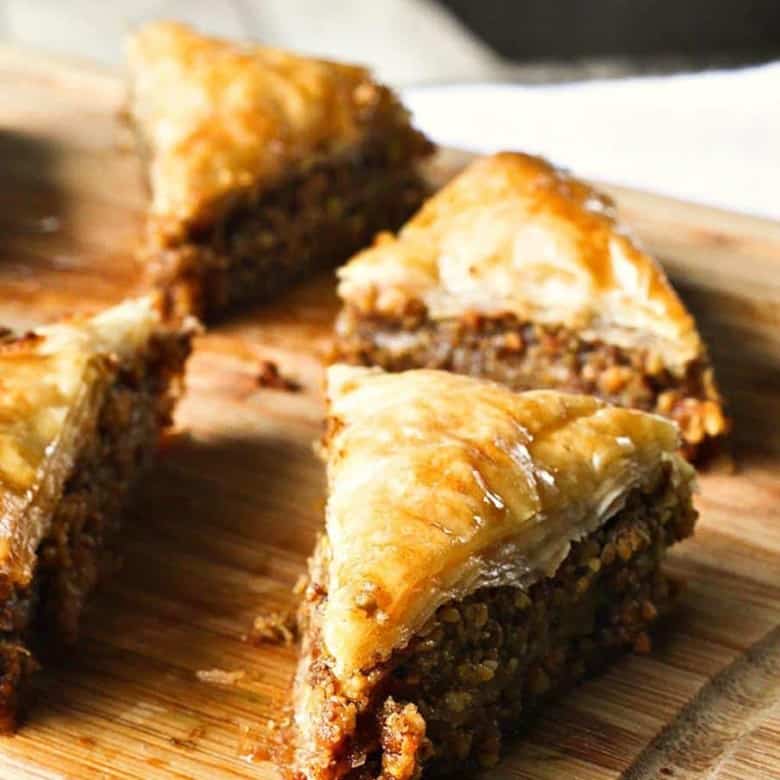 Of all of the desserts made anywhere in the world, Baklava is far and away my most favourite. I don’t have much of a sweet tooth, but if you set a tray of lovely little baklava pieces in front of me, you may not want to stand between it and me. I can’t help myself around it.

My husband often refers to baklava as being “anciently tasty”… He doesn’t mean it tastes old and stale, he actually imagines ancient kings of Mesopotamia sitting around nibbling on it. I love my history nerd husband.

Our best loved version of it is a Cardamom Pistachio Baklava we make at home. Buttery pistachios have a starring role in this baklava and are supported by toasted almonds and walnuts, a cardamom and cinnamon spice mixture, and an orange, honey, cardamom scented syrup. If we weren’t already home in our jammies sneaking more slices of this from the pan than we’d care to admit, this would be one to write home about. 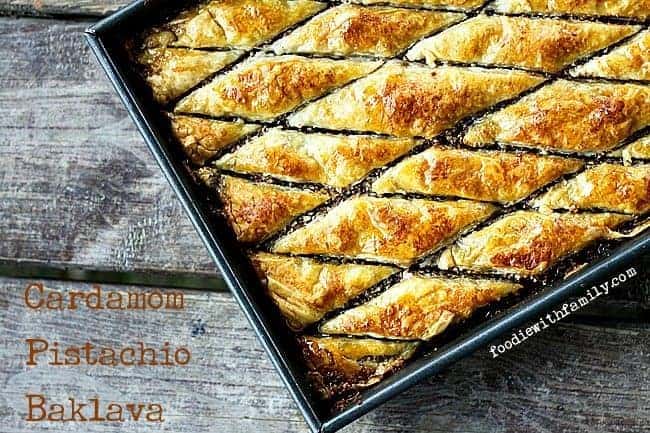 There’s no doubt that baklava is just a touch fussy to make, but it’s only on account of Phyllo dough and the dessert is so worth the effort. I have some handy-dandy tips to make the process much easier.

Tips for Working with Phyllo Dough 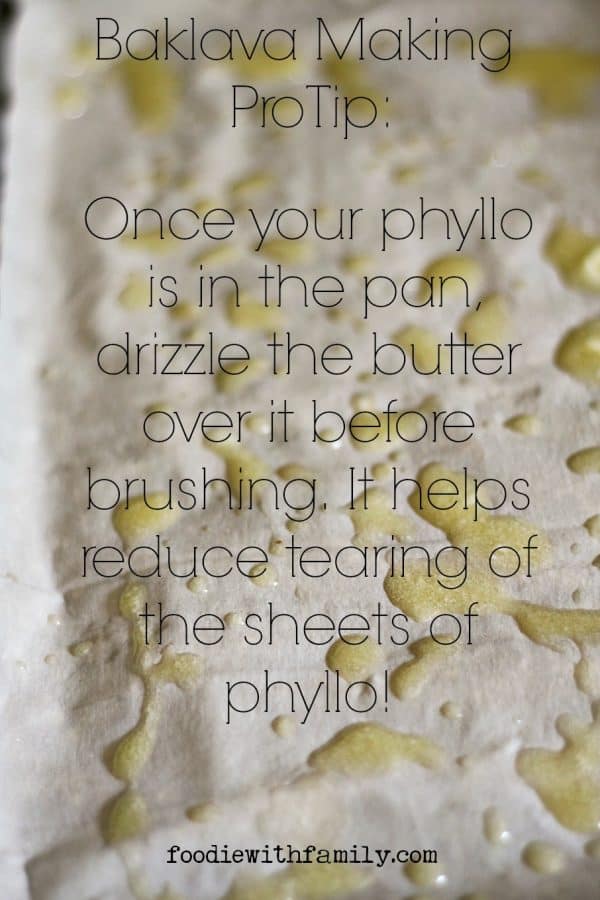 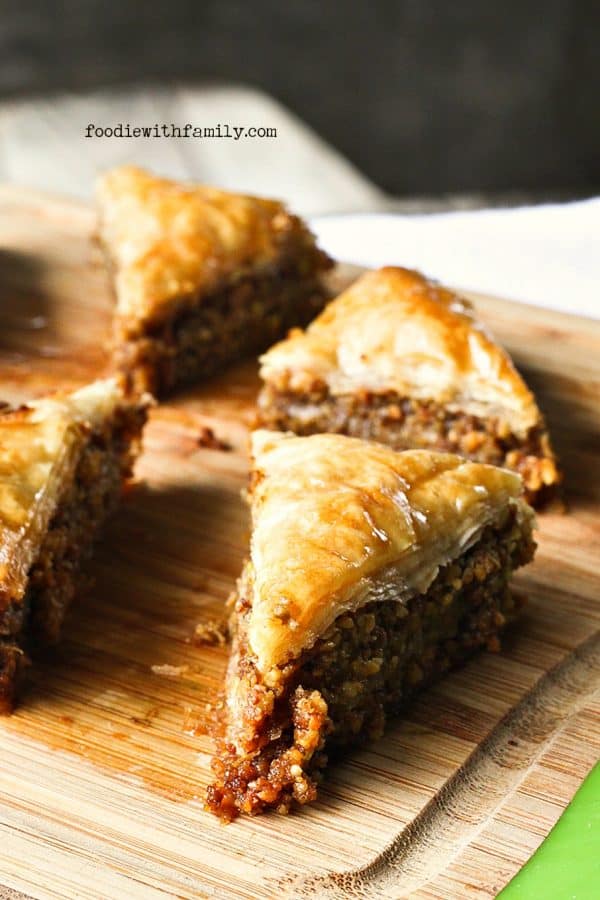 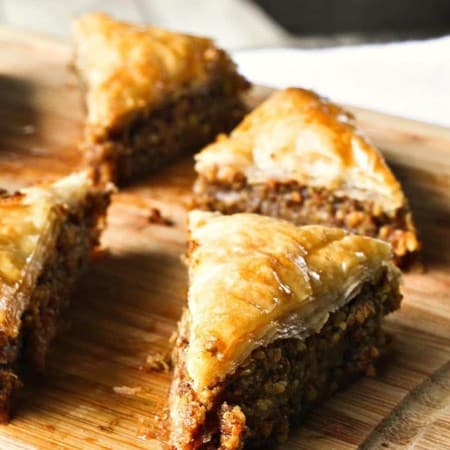 To Prepare the Syrup while the Baklava Bakes:

To Finish the Baklava: