Ice cream; it’s a forever friend. Day in, day out, year long, and decade after decade. Ice cream remains my go-to when I want a sweet treat. Frozen custard? That’s a mega-treat. Have you ever had it? It’s like ice cream’s super-rich, super-silky cousin. It’s sweet, smooth, and utterly perfect and is most often served closer to a soft-serve rather than hard-dip texture. For years upon years my husband has been asking me to make a great homemade frozen custard. It’s been on his honey-do bucket list: the list of things he wants me to perfect so he can eat them.

This is the same guy who requests a “giant bowl full of bacon” for his birthday meal annually. Nothing more, nothing less… just bacon, please. I decided to combine his two great culinary loves into one grand project for the second half of my #PorkBucketList fun with the National Pork Board. I was going to make my man Maple Frozen Custard with Candied Bacon because what is sweet, delicious and goes with bacon AND custard? Maple syrup, of course! 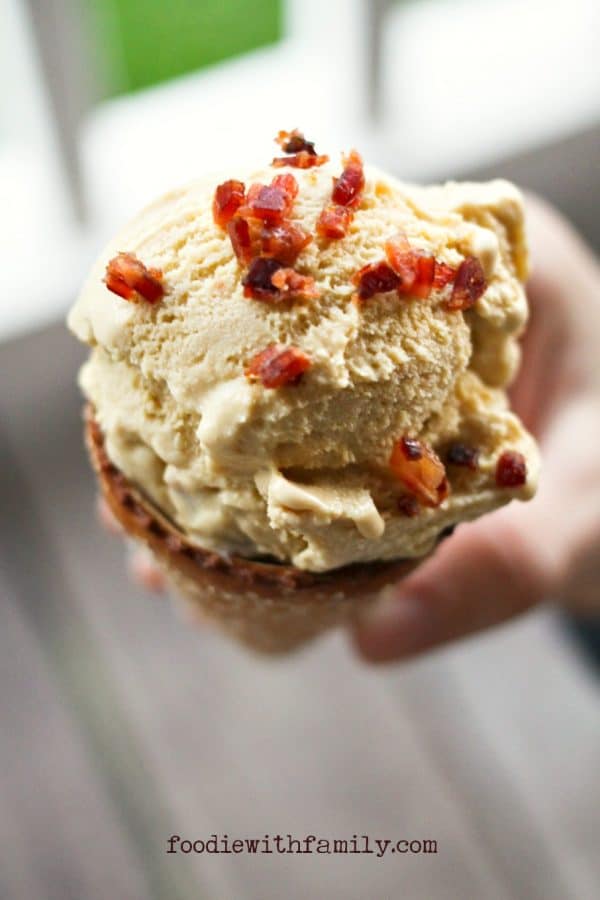 Making a frozen custard instead of hard ice cream ended up being easier than I thought it would be. An extra egg yolk in the custard base gave it the extra silkiness I was trying to achieve. The  combination of dark maple syrup, maple sugar, and a teensy touch of maple extract made this frozen custard an über-maple-lover’s dessert. The crispy, chewy little bits of sweet and salty candied bacon that were churned in at the last minute turned eating the maple frozen custard into an edible treasure hunt. It was so much better than I had even envisioned it. I foisted spoons of it onto everyone who came to visit. Two girlfriends came over for a “Psych” finale party; I shoved bowls of this into their hands. I’m going to assume the eye-rolling was from pleasure and not from “Oh no. Here she goes again” because they also made happy noises. 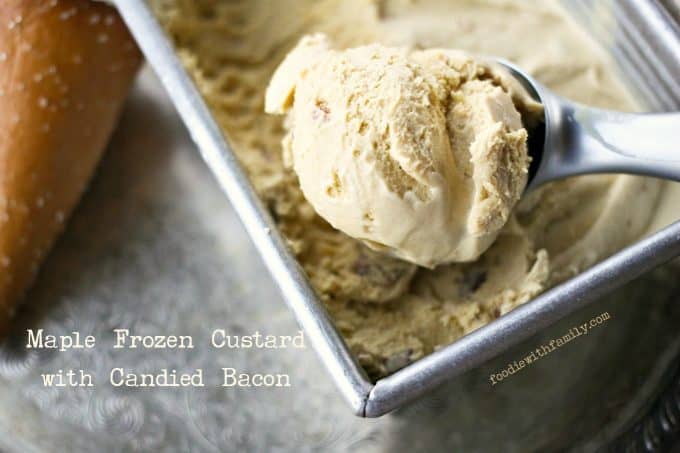 My boys were not content -putting it mildly- with the little ramekins full I allotted them. But you may be wondering about the guy who inspired this whole foray into my #PorkBucketList. How did he like it?

He savoured every. single. bite. He scraped the bowl carefully with his spoon. He licked the bowl and got some in his beard, then turned to me and declared, “This. This is the best ice cream you’ve ever made. Ever.”

I checked Maple Frozen Custard with Candied Bacon off of my #PorkBucketList that day. 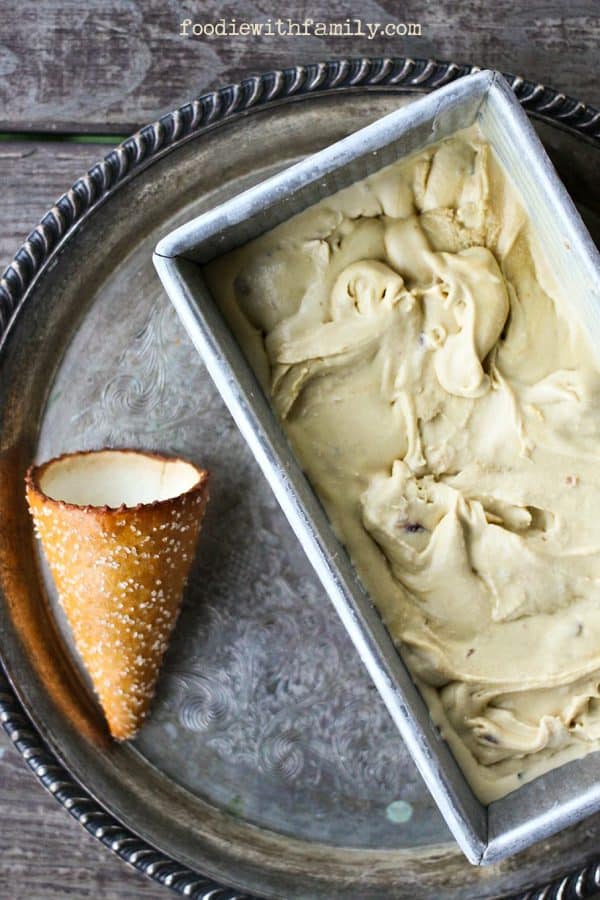 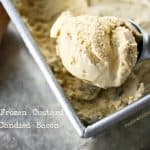 The Giveaway and How to Enter

My friends at the National Pork Board have generously offered a $500 gift card to help one lucky Foodie with Family reader check items off of their own #PorkBucketList. What’s that you ask? It could be making your own bacon, grinding your own pork sausage, going on a Pork Belly crawl of restaurants, pan frying the ultimate double cut pork chops, or having a pig roast in your own yard… it’s whatever you’ve wanted to try making with pork but haven’t gotten around to doing yet for whatever reason. 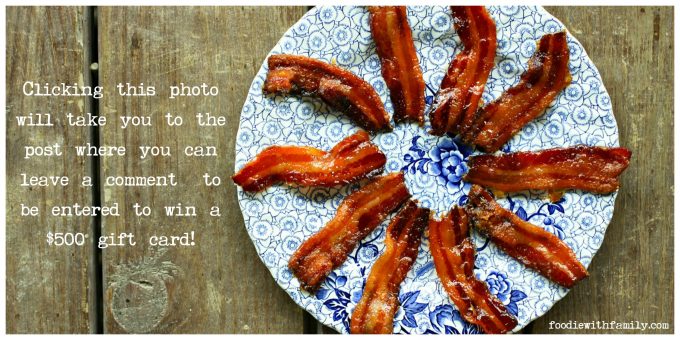