Have you ever had a craving so strong for one particular dish that you obsessed over it until you just plain had to make it? Yeah. I guess I probably do that more often than the average bear, but I had a seriously overpowering urge to eat stuffed peppers for about 3 weeks before I finally gave in. Why I was waiting, I’m not sure, but I tossed a package of multi-coloured bell peppers into my cart one day along with a pound of ground turkey and decided I would figure out the rest of the game plan when I got home. When I surveyed the contents of my refrigerator and pantry, I also scared up a bunch of baby spinach, some feta cheese, and a few other bits and pieces. It seemed clear that I should go in a Greek direction with the peppers. When all was said and done, I had a batch of beautiful Lightened Up Greek Style Stuffed Peppers that were worth the wait. Even though the wait was pointless… 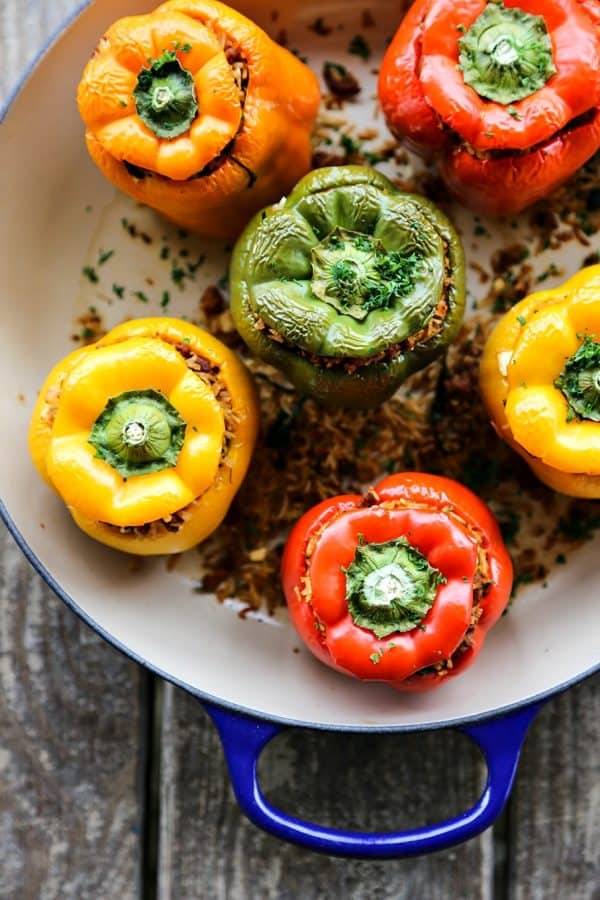 The result was tender peppers stuffed to the brim with a filling of basmati rice and browned ground turkey in a flavourful, tomato, herb, and red wine sauce along with a deliciously healthy amount of baby spinach and creamy feta to tie it all together. Hooray for a meal that fills you up and satisfies without being awful for you!! 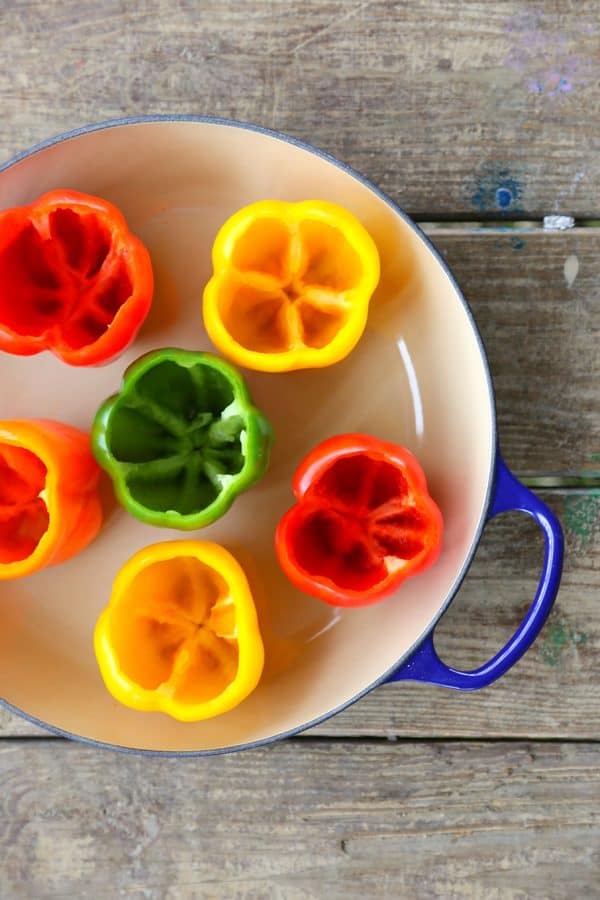 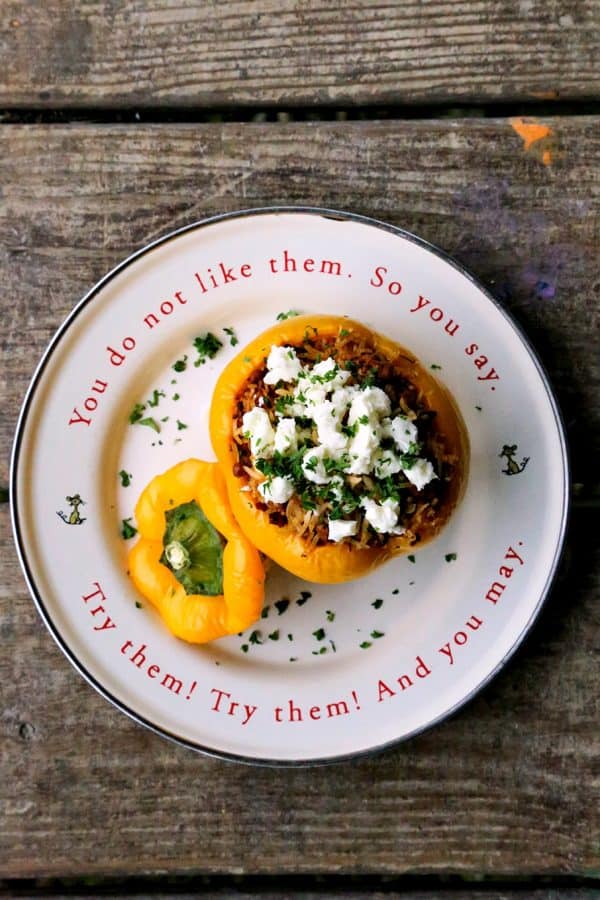 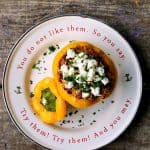 Tender peppers stuffed to the brim with a flavourful tomato and herb filling of rice, turkey, spinach, and feta cheese.
Author Rebecca Lindamood