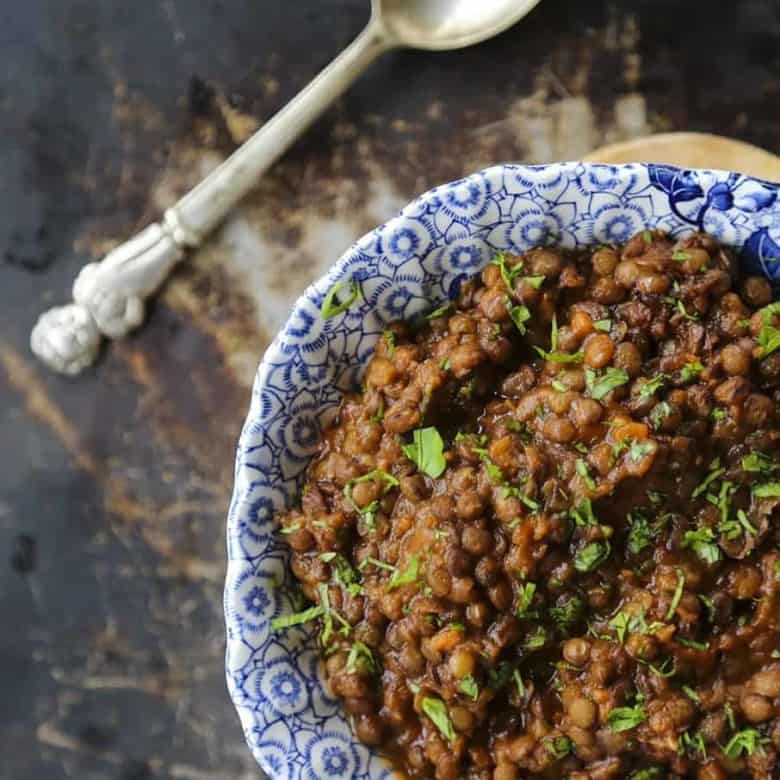 I know that today is New Year’s Eve. I also know that most of you are probably preparing to get all dressed up and go out on the town to ring in the new year in style, and the last thing on your mind is quite likely economical, nutritious soups and stews.

So what am I preparing to chat up with you? SOUP and STEW! I could argue that starting the year out thinking of healthy, nutritious, budget- and clock- friendly homemade stews is a pretty darned good way to kick it off.

The truth is, though, that I was craving it right now. I really just wanted to find a way to justify talking about the humble sounding Ham Lentil Stew on what is arguably the biggest party day of the year. 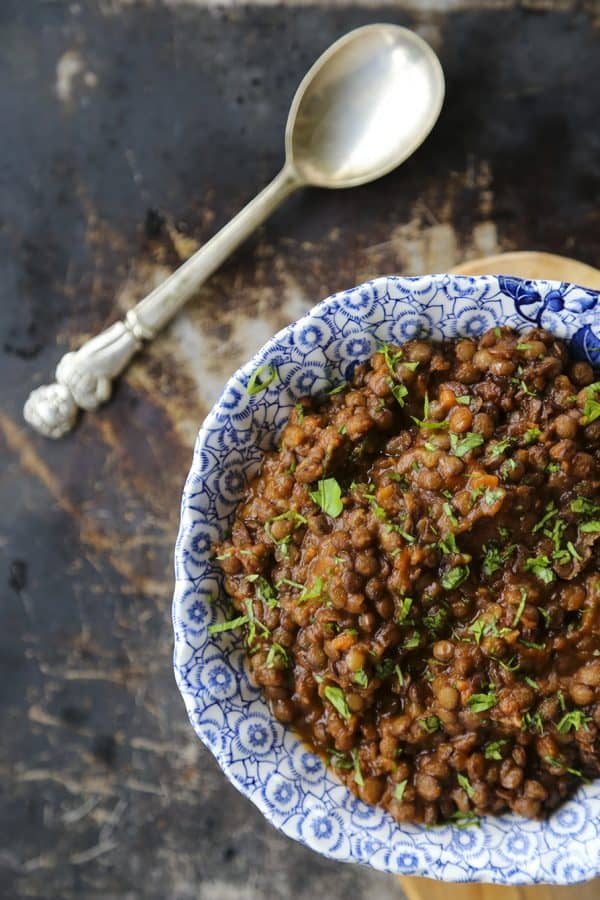 Can you think of a food more comforting than a big, warm bowl of stew cradled in your hands on a cold day? I honestly can’t.

I’m hard pressed to think of a stew I dislike, but one of my stand-out favourites is Lentil Stew with ham. I know, it doesn’t sound particularly chic, does it?

I mean, most people don’t start leaping like Tom Cruise on Oprah’s couch when lentils are dangled in front of them. It’s a shame, really, because those tiny little legumes are one of the fastest cooking paths to filling your belly with something equally delicious and nutritious.

The beauty of lentils in general is that they don’t require any soaking and cook up in an hour or so. Granted, the newest studies show the larger beans don’t need any pre-soaking either, but still, lentils take the prize when it comes to beans-cooked-from-dried-the-fastest.

For my hearty, simple Lentil Stew, I prefer to use French lentils. That doesn’t mean they’re fancy lentils with a Fransh axsahnt, it’s just the name for the tiniest lentils of them all.

I’m talking about the lentils that cook up tender almost as fast as rice and hold their shape better than any other lentils. I just plain prefer them.

Since we’re talking preferences, let’s talk about why I put ham in my Lentil Stew which is a stalwart of vegetarian cuisine. In short, it’s because ham and beans are like peas and carrots.

There’s something so very perfect about the way the salty, slightly sweet ham pairs with the tender, mineral lentils. They amplify the best flavours in each other.

It’s meat and bean symbiosis, man. Of course, you COULD leave the ham and ham base out, but then you’d just have a big old pot of lentils.

Tasty, but not the same thing. In general, why make something without a pork product when you could make it WITH a pork product? Therein lies the best example of why I failed as a vegetarian.

The flavours deepen and it becomes just that much more soul soothing. If you find yourself unable to eat through a whole pot of Lentil Stew due to unforeseen circumstances, you have a couple of options.

So how about it? You wanna party into 2016 with Ham and Lentil Stew and me? Better yet, who’s going to make up a batch of this and let it sit in the refrigerator overnight so they can start the first day of 2016 with a bowl full of healthy comforting deliciousness? 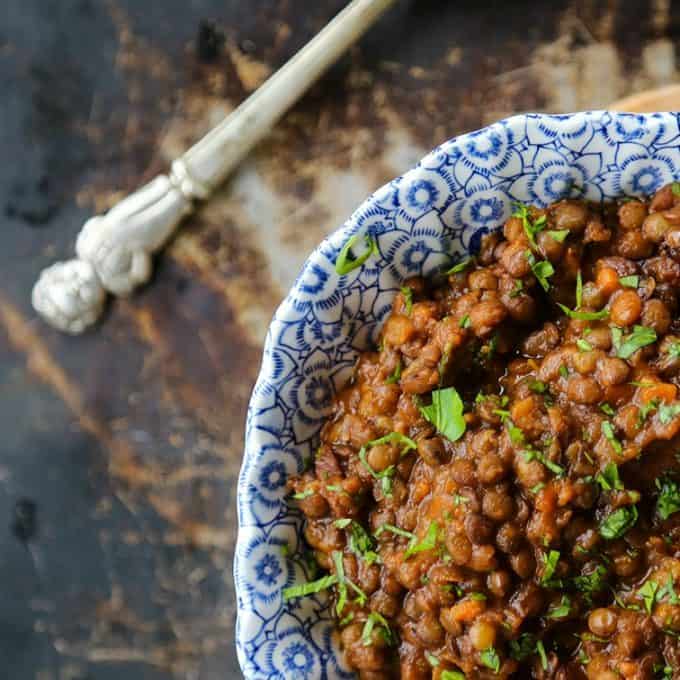 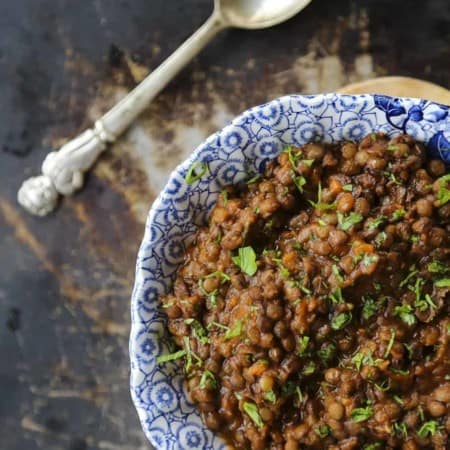