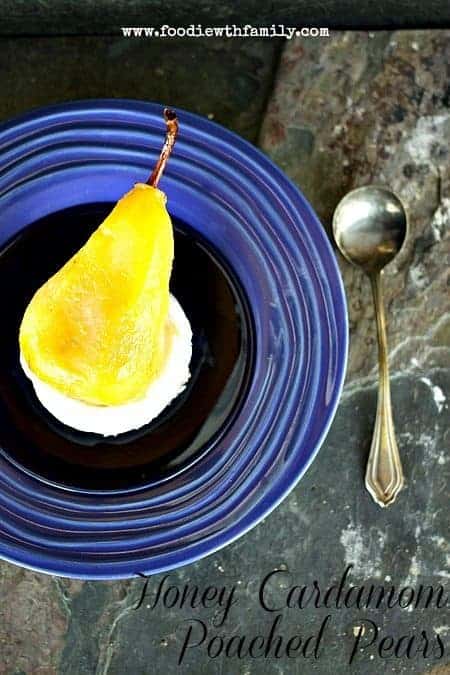 This is a reprint of my March 6th column that ran in the Traverse City Record-Eagle because this recipe was too good not to share here.

I’m a little romantic about food. I’m sure that comes as a not-surprise-at-all to many of you who have been reading me for years. Food is how I show people I care. For instance, I am not now and have never been a fan of spaghetti with meat sauce. It’s just not my thang.

So, when snowed in for Valentine’s Day, from the myriad options my well stocked pantry and freezer offered me –Salmon? Shrimp? Various delicious chicken, beef, or pork dishes? Check, check, check.- I opted to make a giant bubbling pot of meat sauce and an even more huge pot of spaghetti because it is one of my husband’s favourite dishes. The poor guy doesn’t get to eat it often, both because of the variety of foods I make to fulfill my duties as a recipe developer and because it is one of the few foods that makes me wrinkle my nose, but I made it exactly as he loved it that day. Loads of ground beef were browned up with garlic, onion, and various herbs and spices. Into the pot over the ground beef went a jar of the spaghetti sauce I had made from the summer’s bountiful tomatoes. Slow-simmering took place and all of this equaled one very happy husband and five very happy boys. The dish is still not my thing, but I was happy, too, because of the beaming faces at the table.

Thankfully, not all of my husband’s favourite dishes are a point of divergence for us. One dish that makes him swoony with happiness also happens to make my heart go pitter pat: poached pears. Not just any poached pears are the stuff of our dreams, though. Our affection for the dish is mostly directed at a style of poached pears that he refers to as “that honey treatment”. The ripe but firm pears are peeled and simmered in a mixture of white wine, honey, lemon juice, cardamom, and saffron. I made the first time after flipping through my favourite cookbook -“Jerusalem: A Cookbook” and found that I had everything I needed except for sugar. EGADS! I subbed in honey and have never looked back!

When the pears are tender, they’re refrigerated until chilled through. The leftover liquids in the pan are reduced by two-thirds to three-quarters to create a fragrant, sweet, thick syrup. The syrup is poured through a sieve into a jar or a pitcher and that is set in the refrigerator to chill. The real moment of glory comes when everything is put together over a dollop of plain mascarpone. Many dessert recipes call for sweetening or stretching the mascarpone with sugar and cream. In this case, the pear and syrup provide all of the sweetness that are needed and the mascarpone adds a rich decadence to the dish.

My husband tells me this is “the best dessert I’ve ever eaten anywhere.” Given that he has a sweet tooth and has tried at least a little bite of nearly every of the hundreds of desserts I’ve turned out of my kitchen, I think that’s saying something. It certainly says that my husband loves it, and that’s reason enough for me to make it time and again until he cries ‘UNCLE!’. 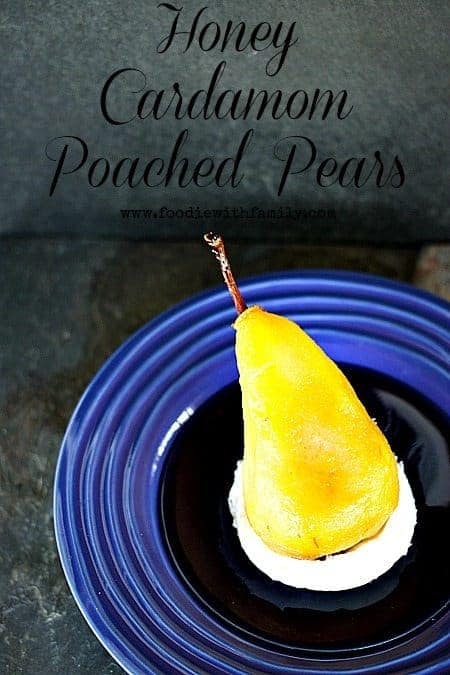 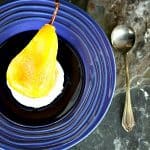