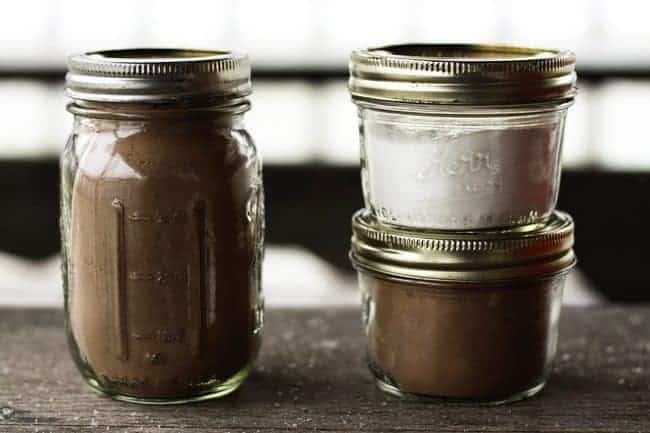 We are on the tail end of a two week tour of our household by the flu. The only person who has -thus far- remained unscathed is my germaphobe husband. Don’t get me wrong, I am the original Purell poster girl, but next to me, my hubby is Howard Hughes. The poor guy looks like a man on death row awaiting his fate. He jumps at the rattle of every cough (which means he’s been getting quite a cardiovascular workout lately.) He’s been bravely facing his fate, making runs to the store for more boxes of tissues, whipping together dinner for his furniture jockey crew, delivering, “Hey! It’s been five days! I bet you’ll be feeling great soon! Can I throw an ibuprofen to you from over here?” pep talks, and sitting on the couch with his tuberculoid family with barely a deer-in-the-headlight look in his eyes.

It’s been anything-goes on television here. The kids have been glutting themselves on Phineas and Ferb, Little Bill (the little guys), Full Metal Alchemist (the big guys), and recorded episodes of Monk, Nova, and Star Trek. (Wavin’ the nerd flag even when sick. Holla!) And food? Oh gosh. Let’s just say that letting my eleven year old mix up a box of instant chocolate pudding for himself sounded like a perfectly reasonable lunch option for a few days especially if it meant I could remain in my chair with a blanket pulled up under my chin. The boxed instant pudding ran out pretty quickly because I don’t stock much of that (two box maximum is my usual count). We prefer homemade cooked pudding for both flavour and nutritive (HA!) value. Look. I know I’ll never win a parenting award for feeding my kids pudding, so I pretend that homemade is enough better for you that it cancels out anything I’m doing wrong. Yes? Anyone?

But I was saying we ran out of instant pudding. TRAGEDY! And my husband had just come home from a tissue procuring mission and retreated to the home-office germ-free fortress. HORRORS! And the kids were hungry and wanted pudding. And I wanted my blankie and chair. So I did what any insane woman would do. I got up and whipped together homemade instant pudding mix. The first iteration of it didn’t go over so well. They said there was a funny after-taste. I -who could taste NOTHING ANYWAY- had to take their word for it. Take two went much more smoothly. In fact, the one child I have who DOESN’T like pudding (to which I say, what have I done wrong?) actually liked it. In fact, he ate his own serving and part of someone else’s serving, too. 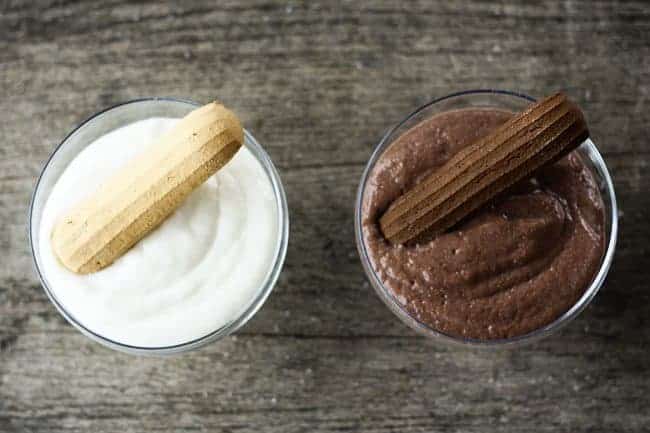 How did I get a pudding texture with no cooking? I used Instant Clear Jel available here.

Have you used this stuff before? It’s seriously fun. It is a modified corn starch (and thus gluten-free!) that does not require heat to thicken liquids. It’s most commonly used in fresh berry pies or fruit glazes. Mmmmm… Fresh strawberry pie! It can be used to thicken gravies, sauces and stews, too. When you’re using it in a cold application (like a drink, berry pie, or this pudding) the key is to whisk it into other dry ingredients -like sugar- before combining it with the liquid you want to thicken. This prevents clumping in the final product. If you do end up with clumping, all is not lost, though. You can save the day by tossing everything in the blender and whizzing it together or using a stick-blender to bust up the lumps. When it’s fully hydrated, it yields a silky smooth, soft gelled product.

Naturally, the final product is going to be different than the boxed instant pudding… It’s lighter in texture, in fact, it’s almost fluffy and mousse like. The vanilla pudding is milk white and the chocolate is almost speckly looking because of the lack of artificial food colouring. If you want it to look closer to its storebought counterpart, you can add a drop of yellow food dye to the vanilla and a drop of brown to the chocolate.

One final word before I get on with giving you the recipe. Aside from the fact that I was thrilled to be able to avoid going out in the blowing cold with tissues stuffed up my nose to buy boxed pudding mix for my kids, I’m wicked excited about this no-cook instant pudding mix for another reason; my nieces and nephew have some fierce food sensitivities including gluten. My sister, Jessamine, has spent years making everything from scratch for her kids to avoid ingredients that would make them sick. While that’s just fine most of the time, when she’s feeling poorly or her oven is on the fritz (both of which were true this past week), it is nice to have a couple of go-to convenience items. I can’t even wait to shove a big quart jar of this with directions written on a card into her paws the next time I see her. The pudding is naturally gluten-free, being made with modified corn starch but can also easily be mixed up with coconut, soy, almond, or rice milk to yield a deliciously creamy dairy-free, vegan pudding. I’m having fun picturing my nieces and nephew sitting down to a bowl of homemade instant pudding. Sometimes it’s the little things…

Now, if you’ll excuse me, I hear my husband mumbling something about a Spruce Goose… 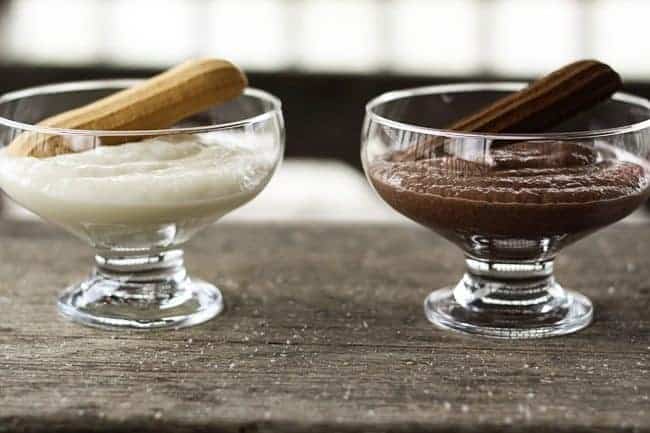 Rate Recipe Rebecca Lindamood
Prep Time 10 mins
Total Time 10 mins
Prevent your screen from going dark
Print Recipe Pin Recipe
Easy to put together and just as easy to turn into pudding, this dry Homemade Instant No-Cook Pudding Mix is a pantry friendly staple that stores for up to a year at room temperature. This mix is a wonderful homemade alternative to its storebought counterpart, is gluten-free and can be prepared to be dairy-free and vegan with coconut, almond, soy, or rice milk.

To Make Pudding from Either Mix:

If the pudding is too soft set, you can add extra pudding mix, 1 tablespoon at a time, until it thickens to your liking.