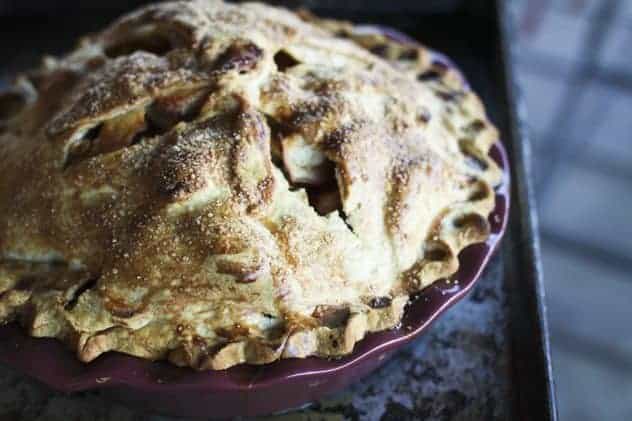 {UPDATE} The Pick Giveaway Winner plugin chose Christa D. as our winner! Congratulations, Christa! Email me your mailing information and I will forward it onto our friends at Harry & David!

This past summer I had the distinct privilege of traveling to Oregon as part of a group of bloggers brought out by Harry & David to tour their orchards, facilities and community. What a treat! It was wall to wall wonderment, beauty and inspiring people. You don’t get a trip like that every day, I’ll tell ya. Aside from making some great new friends, I came away from it all with a deep respect and affection for Harry & David’s operation and philosophy. They take care of their people – they have employees who have worked there for their entire lives who come from parents who worked their for their entire lives- and the mutual loyalty shows in their products.

As I drove from the very north of Oregon to the very south, I had ample time to admire the pines and peaks of the state. Living in New York, I’m no stranger to mountains and trees, so there was a bit of familiarity mixed in with the newness. Where New York has high peaks, they’re rounded and aged; worn down by elements and time. Oregon’s peaks are young and raw and dramatic. What views!

Harry & David is best known for its pears, but they also have spectacular apples. When they offered to give a gift box to Foodie With Family readers, I had no idea what to pick and posed the question to you all on Facebook. It came down to a tie, so I tossed a coin and was thrilled that the coin favoured a gift box with apples in it, too. It didn’t just have apples though, it had Moose Munch (on which I am now officially dependent), their spectacular pears, summer sausage, cheddar cheese, MASSIVE chocolate covered Oregon cherries, raspeberry galettes, olive oil crackers, and mixed nuts. Oh man. Good choice, people!!! I’m so excited because they sent one to me, too! Whoever wins this thing is going to be one seriously happy camper. (Giveaway details are after the recipe!)

We must talk pie. I have said it before and I’ll say it again, pie is the best dessert in the whole world; fruit, crust, sweet, tart, tender fruit, and beauty all in one package. It’s just plain superior to anything else you can make. And I -unsurprisingly, probably- have some very strong opinions on apple pie. Don’t get me wrong, I will eat ANY piece of apple pie put in front of me and take great joy in it, but if I’m making a pie, I’m going to make my favourite version of it and THIS pie is it.

I’m going to tell you right now, I buck tradition in my apple pies. I leave out cinnamon, nutmeg, cloves and whatnot. I have no problems with them, but when I’m making the pie, I prefer it without that. I want the vibrant, clean, sparkly apple to shine through without all those other notes to sully it. (Reminder: I will happily eat any sullied apple pies, too.)

I use home canned boiled cider syrup, but you can buy it commercially or -in a pinch- substitute plain apple cider in its stead. Do whatchoo gotta do, but do make this pie. It is as high as New York’s High Peaks and a nod to the apple growing power houses of New York and Oregon. This pie crams twelve big old apples in between two pie crusts and sings APPLE! A light brushing of milk and a generous sprinkling of coarse sugar brings the whole thing home.

Cut a wedge out of that pie and look at it. 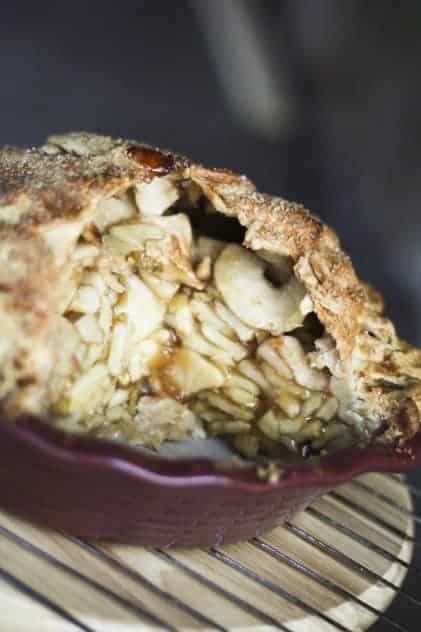 This is a pie to make memories.

Optional: milk and coarse sugar for brushing on the crust 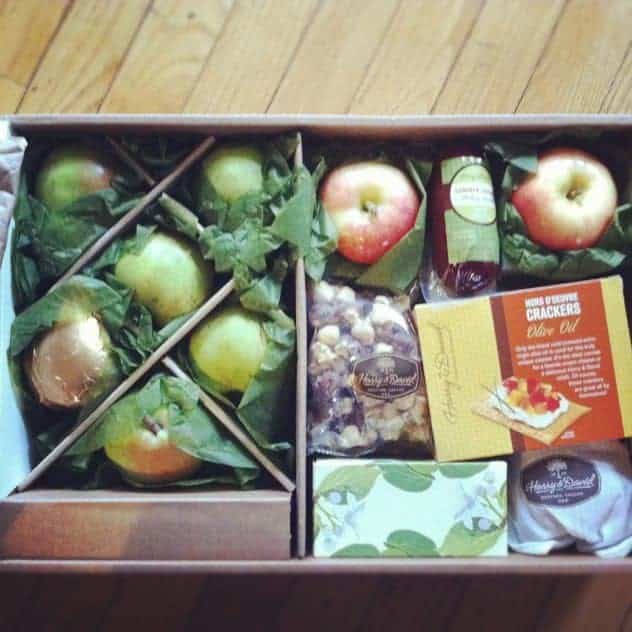 I have a couple of ways for you to enter.

MANDATORY ENTRY: Leave a comment telling me your plans for this gorgeous gift basket. Will you use it for appetizers at a dinner party? Share with friends and neighbors? Hide in the closet and eat it all yourself? (I recommend this last option at least for the Moose Munch and chocolate covered cherries.)

Don’t forget to leave a separate comment for each one of the optional entries so I can count them all! The approximate retail value of this gift box is $59.99. I will draw a random name on Saturday, October 27th ! Be sure to come back to see if you’ve won! Good luck, everyone!!