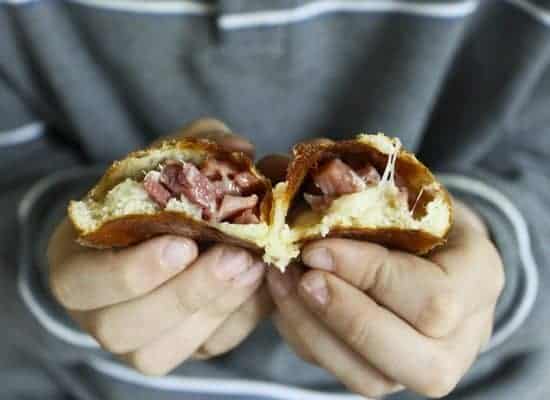 This recipe ran as part of my column in today’s Traverse City Record-Eagle.

Yes I am obsessed with soft pretzels. And with shoving ham and cheese into things. Why do you ask? Is it because of this? Or this? Maybe this, this, this, this or this? Okay, that last one is bacon, but really? It could’ve been ham just as easily. Ham and bacon? They’re like *this*.

We’re talking about a snack crossed with a meal. I’ve heard it both ways. It’s hearty enough to serve with a big salad* and some beans and be called dinner. It’s small enough that you could eat it alone (dunked in mustard, of course) for a serious snack. I chose to eat enough of them for snack that dinner was no longer an option.

*Big salads make all meals healthy and legitimate, no?

There are a few important things to remember when making these:

As with most soft-pretzels, these freeze and reheat beyootifully. Have you ever gotten so hungry you felt almost panicky or sick? Picture a serious hunger attack and knowing that you have a bag full of these bad boys in the freezer. Hunger be gone! We vanquish you with Ham and Cheddar Stuffed Pretzels. Victory is ours! 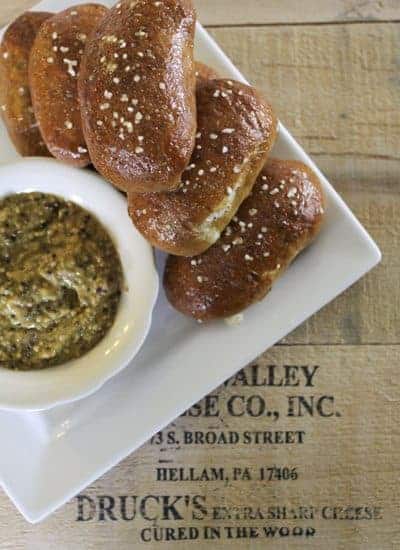 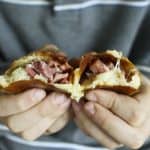 Ingredients for the pretzel dough:

To Make the Dough by Hand:

To Make the Dough by Stand Mixer:

To Make the Dough by Bread Machine:

To Cook the Pretzels:

I recommend going light on the salt on top of the pretzels, especially if you use a good country ham. Ham and cheese are salty on their own, so the pretzel only needs the lightest sprinkle of coarse salt on top.