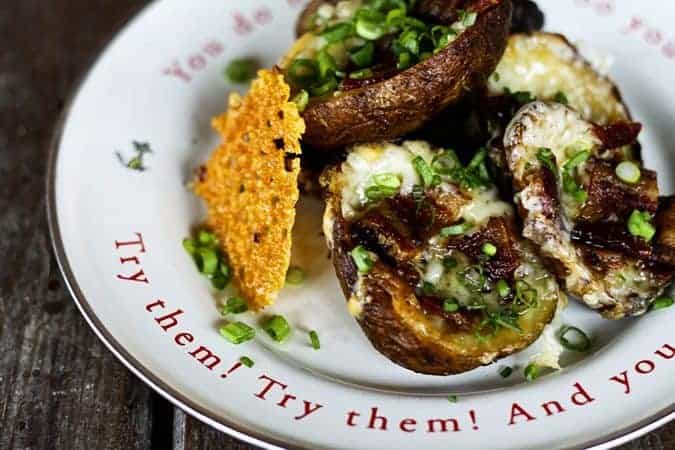 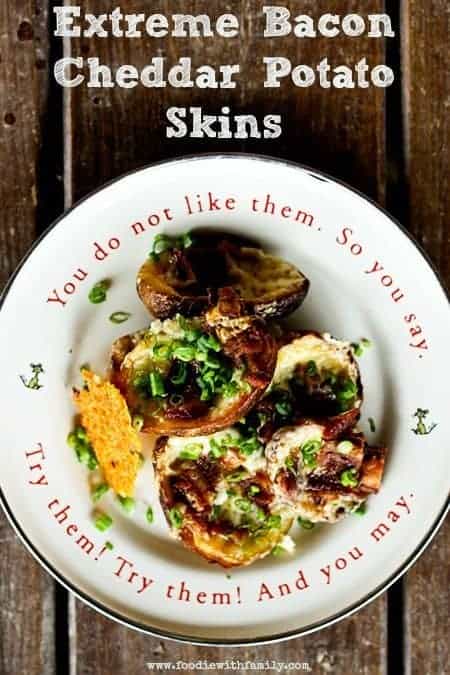 This post brought to you by The Kansas Pork Association. All recipes and opinions remain my own.

It is probably surprising to exactly nobody that my sons love bacon to the moon and back. They’re boys. And their mine. And me? I love bacon to the moon and back, too. It should be equally obvious that when the Kansas Pork Association contacted me and asked whether I’d be willing to make a bacon related recipe and tell you all about their “Your Bacon Starts Here” efforts, I gave a big old yes almost before they were done telling me about it.

After learning a little more about the Kansas Pork Association and the families who form it, I am so glad I said yes for a completely different reason. Getting to know the people who raise the food for our country is so important. They’re spending their lives working so we can eat; God bless ’em! I especially loved watching the video of the Springer Family Farm in Wilson, Kansas where their sons are involved in the daily care and operation of the farm. Thank you so much, Springer Family, for raising one of my family’s favourite foods and for showing us what you do!

Who’s up for some bacon? Silly question, right? BACON!

What goes better with bacon than more bacon? And cheese? The answer is bacon, more bacon, cheese, and potatoes. These aren’t just any potato skins, though…

They start with leftover baked potatoes (maybe you made a massive batch of these? Or this?) that have been chilled. It is kind of important to chill them, because they hold onto the bacon fat with which you’re going to brush them generously. Yes. Bacon fat. Why? It reinforces the bacon-y goodness of this recipe and helps make the potato skins crispy and flavourful. One bonus of using bacon fat here is that it’s pre-seasoned so we don’t even have to salt the potatoes before baking. Into the oven they go until they start browning beautifully. They pop out of the oven just long enough for you to raise the temperature a bit, pile them high with grated extra sharp cheddar cheese and chopped bacon then return to the heat. You can stop where I stopped in those pictures above. 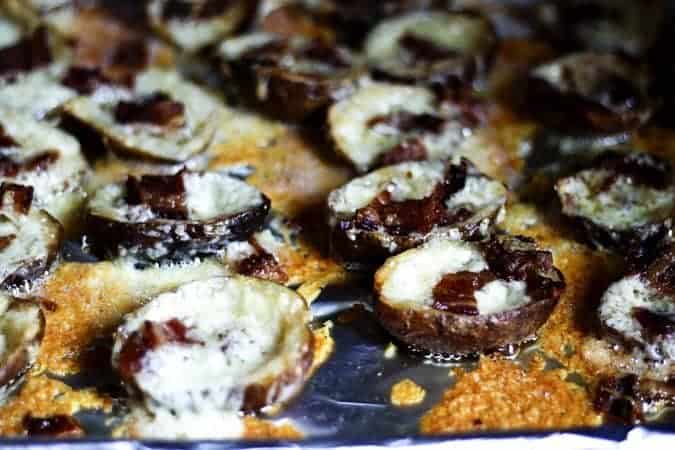 …Or you can go one step further like I usually do and put them back in the oven until the melted bits of cheese on the pan turn into bacon fat flavoured, crispy, salty, cheese crackers.

I like to throw a bunch of thinly sliced green onions over the top, but that’s only popular with 4/7 of the people I’m feeding, so some get the onions, and some don’t. Ooooh, mama. Anyone care to hazard a guess as to how quickly these disappear when they’re on the table? I will fight you for that last bacon cheese cracker. In a loving way, but seriously? Don’t get between me and my bacon cheese cracker. 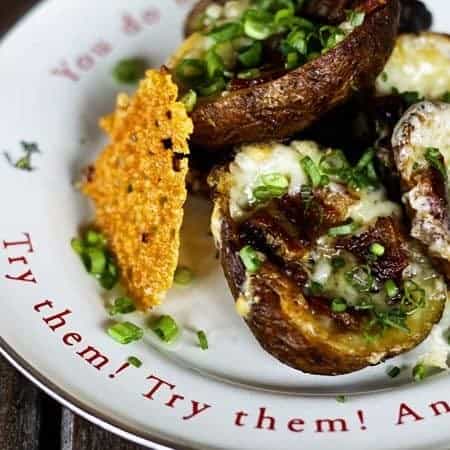 Is anyone interested in winning a year’s supply of bacon?

(And I hear a resounding ‘DUH!’ reverberating through the internet.) It’s so easy! Just hop on over to the Kansas Pork Association’s facebook page and upload an original photo demonstrating your devotion to all things bacon for a chance to win a year’s supply of Farmland Foods bacon. Thank you Kansas Bacon Farmers!

And thank you Kansas Pork Association!

Good luck, folks! I hope you win the bacon of your dreams!