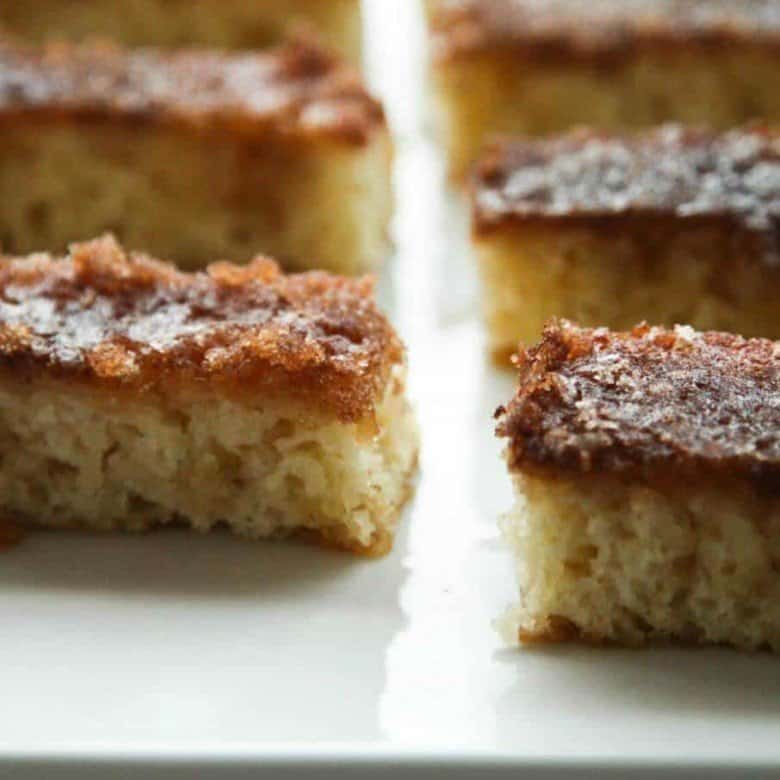 Cinnamon Toast Cake. It’s a thing, and it is glorious. Introduced to me by my sweet friend Mary, these Cinnamon Toast Cake bars have become a staple in our snack food arsenal. And by staple, I mean I’ve made them 5 times in the past 3 weeks. Please don’t calculate how much butter that means we’ve eaten. In my defense, I HAD to make it 5 times, because every time I left the room for more than 5 minutes after cutting one of them up, I came back in to find the pan appeared to have been attacked by savages who had a major collective sweet tooth.

Actually, that’s a pretty good description of my husband and kids when it comes to this Cinnamon Toast Cake. “Ambrosia!” That’s what my husband said when he had his first bite. Then he looked at it and said, “Oh my gosh. Is this soaked in butter and covered in cinnamon sugar?” When I responded that it was indeed, he make a little whimpering sound and finished the rest of the piece of cake off in one bite while reaching for another simultaneously. 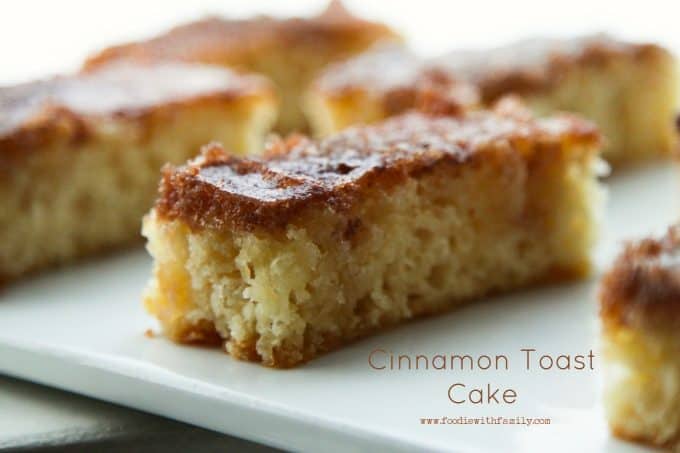 I can’t blame him. What he was eating was a moist vanilla butter cake that was baked, doused with melted butter and sprinkled more than liberally with cinnamon and sugar, then popped back in the oven until the cinnamon sugar layer had become bubbly and crusty. Good grief. I mean, really.

Truth: It’s hard to go wrong when you combine as much butter, sugar, and cinnamon as appear here. Really it is… But if you avoid dairy for whatever reason, I’m here to tell you there is some good news. Cinnamon Toast Cake is also BEYOND delicious when made with coconut oil and cashew milk (or another nut milk.) I mean “eat a whole plate before you know what you’ve done” good, a fact to which my good friend Sarah will attest. 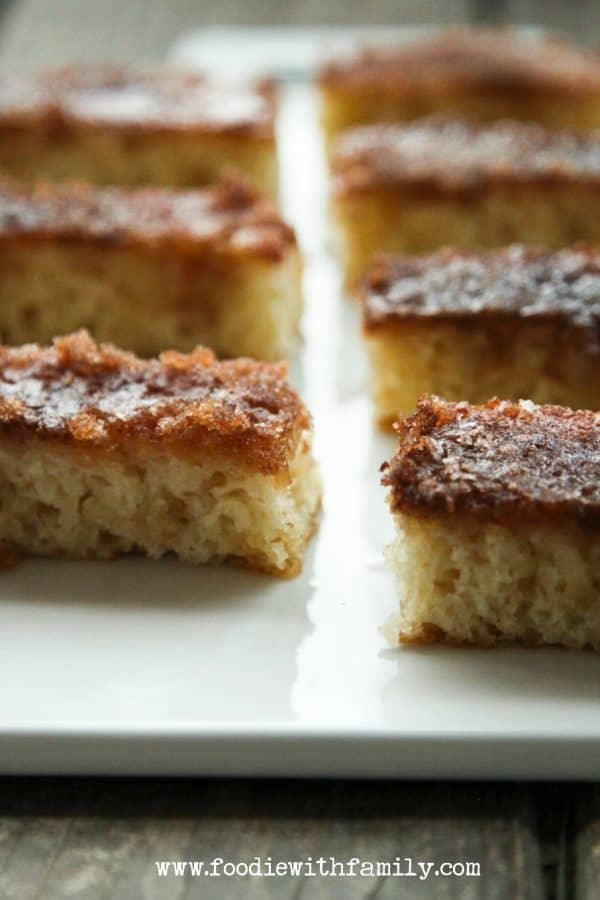 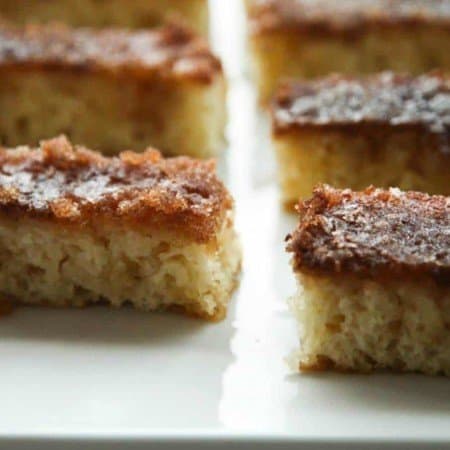 Rate Recipe Rebecca Lindamood
Prep Time 15 mins
Cook Time 30 mins
Total Time 45 mins
Prevent your screen from going dark
Print Recipe Pin Recipe
This recipe produces moist vanilla butter cake that has been baked, doused with melted butter and sprinkled more than liberally with cinnamon and sugar, then popped back in the oven until the cinnamon sugar layer becomes bubbly and crusty.  Adapted gently from and with MASSIVE cinnamon thanks to Barefeet in the Kitchen.

For the Cinnamon Toast Topping:

In case you doubt my description of this cake as being utterly habit forming, check out the discussion about it on the King Arthur Flour Baking Circle Community. Cinnamon Toast Devils, eh? I wholly concur.